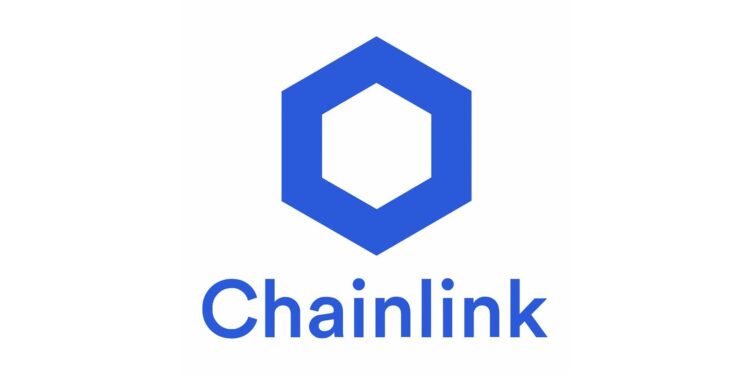 Chainlink is one of the quickly dominating crypto projects in the market. According to our Chainlink price prediction 2030, it can see a pump soon.

Chainlink project was founded and developed by Sergey Nazarov, based in the United States, in 2017. The developing team behind Chainlink is very experienced and focused. Chainlink’s ICO was conducted in September 2017 with a roaring success of raising $32 million, with a total supply of 1 billion LINK tokens. Chainlink’s main motto is to ensure investors’ safety and secure transactions at lightning speed on the network. Chainlink knows how to discover innovative technologies which will make the blockchain networks decentralized, dependable, and tamper-resistant. Further, it developed a chain of nodes to transfer information quickly between blockchains, which eventually became an essential smart contract innovation. Let’s check the current details of Chainlink to clarify our Chainlink price prediction 2030 better.

Chainlink token is based on the Ethereum blockchain (ERC-20 Standard), providing additional services of transferring and claiming itself under ERC-223. This feature allows the receipt and execution of tokens, all within a single transaction. Recently Robinhood has also officially listed Chainlink to enhance the network further.

The Chainlink project claims to be the best oracle network in the crypto industry, extending the technology of smart contracts by allowing access to “real-world data and off-chain computation” with complete security. According to the Chainlink Whitepaper, the project states, “an increasingly expansive role for oracle networks, one in which they complement and enhance existing and new blockchains by providing fast, reliable, and confidentiality-preserving universal connectivity and off-chain computation for smart contracts.” Let’s take a look at some highlighted features of Chainlink.

Chainlink recently cracked some crucial partnerships to expand its dominance in the market further. Google announced a collaboration with Chainlink where Google would be using Chainlink’s oracle network to offer data to its smart contracts on the Ethereum blockchain. Google further made Chainlink a launch partner for Google Cloud’s new Blockchain Service. Euler finance also partnered with Chainlink integration to prepare for the Ethereum merge. NFT marketplace Blockbar is also integrated with Chainlink price feeds to streamline NFT price conversion.

Chainlink has been bullish during the crypto winter as it is continuously making partnerships to get the attention of the crypto community. According to our Chainlink price prediction, the recent and upcoming partnerships will strengthen the Chainlink foundation and may push its price upward.

Chainlink has shown incredible prices in the past and bridged trust and hope among investors. Before moving on to Chainlink price prediction 2030, it is essential for investors to know about Chainlink’s price history to get a rough idea about its future potential and investment opportunities.

Like every cryptocurrency during launch, it experiences a bull run. Chainlink was no exception as it began its bullish run in 2018, but within a short period, Chainlink’s price had a free fall, resulting in a billion dollars loss from the crypto market. There are many altcoins that were unable to manage their prices during crypto winter; however, Chainlink was not one of them as it again began its bull run. 2019 was a very significant year for Chainlink price prediction as its price touched a high of $1.13 by May 2019 from $0.3 in the beginning. The performance was emerging as Chainlink partnered with pioneering dApps on the network. Chainlink broke its all-time high twice that year and gave a bullish graph on 24 April as it touched a record of $4.540. The bullish rally was mainly driven by the release of the Chainlink network on the Ethereum mainnet.

In 2020, Chainlink emerged as one of the leading cryptocurrencies in the market and became a formidable competitor to Bitcoin and Ethereum. LINK began its price at $1.70 and surged to over $4.570 in February. LINK remained silent until mid-July when it made a solid bullish momentum towards $8.40. The upward rally further continued and reached $20, but it faced rejection and dropped below $12. In 2021, Chainlink again made an upward movement and reached $36. However, LINK faced resistance at $36, resulting in a sharp fall below $23. In 2022, Chainlink has significantly crashed and touched the bottom line due to the recent market crash.

According to CoinMarketCap, Chainlink is currently trading near $7.65 with a market cap of $3.8 billion. Our Chainlink price prediction 2030 indicates further bearish movement for Chainlink in the upcoming months. The Bollinger band’s upper limit is $12. If this resistance level breaks, then we can see a price pump up to $24.7. Conversely, the Bollinger band’s lower limit is $4.4, crucial support for Chainlink. If this support level breaks, Chainlink may have a free fall and trade below $0.8. Our Chainlink price prediction 2030 indicators show a sideway movement for a month before dropping further. The MACD and RSI indicators show a bearish signal for Chainlink’s price, and RSI is now below the 50 level. The 100 and 200-day moving averages also sit at the support level.

Is LINK A Good Investment? When Should You Invest?

Chainlink seems optimistic about the future due to solid fundamentals. With strong partnerships and developments, Chainlink is well-positioned in the crypto market. The adoption of Chainlink integrations is continuously increasing, pushing Chainlink’s value further. As the blockchain industry evolves, we expect more utilizations on the Chainlink oracle network. Before reaping the rewards from Chainlink, investors need to take risks. However, our Chainlink price prediction 2030 suggests investors conduct experts’ opinions before investing in the volatility of the market, as crypto is known for risking your funds.