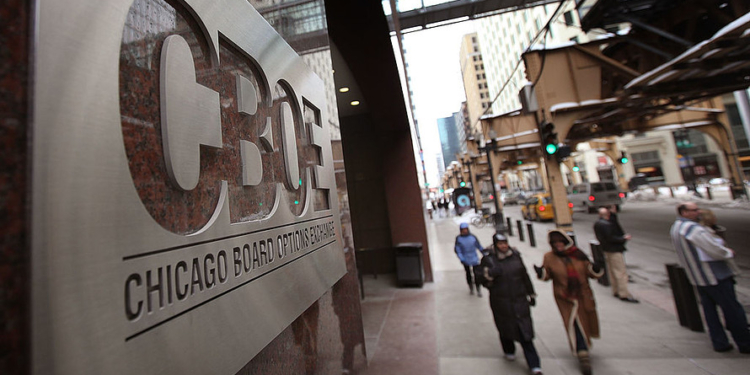 There will be ether futures in the near future according to the CBOE global markets. In a statement made on the 30th of August 2018, the exchange made it known that this development is expected to come into play by the end of the year.

The exchange was the first to deal in Bitcoin futures and this new development means that other cryptocurrencies will join their exchange in the coming years.

It is no surprise that ether is the next currency to be added to the exchange.

In terms of market capitalization, it is one of the biggest in the world, second only to bitcoin itself.

Futures have largely benefited bitcoin and were instrumental in helping it achieve the record highs it recorded at the end of the last year.

Though the activity of bitcoin futures has been time since the spike last year, the increased attention and use of futures could lead to a possible ETF in the future.

As of now, the CBOE is waiting on the Commodities Future Trading Commission to adjust and fully accept futures before launching in December.

How Would it Work

Futures essentially allow investors to bet on the future value of a currency.

In the case of ether futures, they will be based on the Gemini’s underlying market. This is similar to the way bitcoin’s futures were handled as they were based on the crypto exchange run by the Winklevoss twins.

The SEC has given some backing to futures as it announced in June that the trading of futures did not violate any existing laws.

The launching of futures is far from the end of what the CBOE intends to do.

The CEO, Chris, Concannon, has stated that there are plans to launch an entire slew of crypto-related products such as futures of other currencies including bitcoin cash.

“We started down this road in the form of an ETF,” he said. “A healthy market is a healthy underlying market, derivatives markets, and an ETF. That will take time.”

While the CBOE  has enthusiastically embraced futures and plans to expand on their investment with it in the future, their rivals, CME, seem to be less impressed with futures.  Terry Duffy, their CEO has stated that they instead intend to observe for the meantime.

“I will take a wait and see approach with Bitcoin for now,” Duffy told Bloomberg in July 2018.