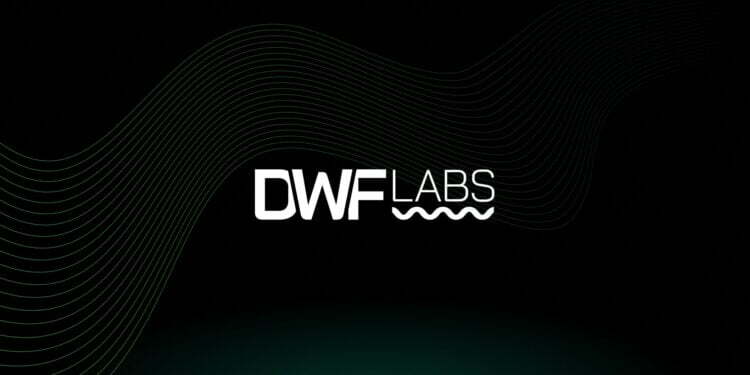 DWF Labs, the most significant market maker in the blockchain business, has emerged as a prominent proponent of troubled Web3 protocols as the industry attempts to rebound from its current bearish position. DWF Labs has committed an initial $15 million to the Web3 Industry Recovery Initiative, which is run by Binance Labs, in order to aid in the recovery of struggling protocols.

By taking this step, DWF Labs is providing assistance to the Web3 sector as a whole in the form of investment, development, market formation, and a great deal more. DWF Labs has committed to spending $15 million to support various Web3 protocols in the industry. After that, DWF Labs will focus on finding ways to further enhance the support it provides for the industry.

Binance Labs and DWF Labs are going to start working together closely as part of a new partnership that will last for a long time and involve considerable collaboration. DWF Labs is of the opinion that it is of the utmost importance to provide assistance to Web3 builders during this difficult period. The platform is dedicated to offering financial assistance to those companies that have the greatest requirement for it and are the most promising and high-quality businesses.

Supporting The Recovery Of The Web3 Industry

DWF Labs is a global leader in the digital asset market maker industry and a multi-stage Web3 investment organization. The company offers a variety of services, including token listing, market making, and OTC trading solutions. DWF Labs is looking to make investments and provide support to founders that are willing to take risks in order to develop the Web3 of the future.

DWF Labs is one of the top five-ranking businesses trading on the world’s top 40 crypto exchanges. The company has a physical presence in Singapore, Switzerland, South Korea, the British Virgin Islands, and the United Arab Emirates, and it trades approximately 2,000 different currency pairings on a daily basis.

Talking about its commitment to support the Web3 industry, the platform further stated, “We believe that it is paramount to support builders in this challenging time. We are committed to providing financial support to the most promising and highest-quality companies that need it most.”

On the other hand, Binance Labs also encouraged this latest move of DWF Labs by stating, “Thank you for your support on IRI DWF Labs.” This demonstrates that both Binance Labs and DWF Labs are committed to assisting with the revival of the Web3 industry, which has been experiencing a significant amount of challenges over the past several months.

The number of Web3 projects that are being powered by technologies such as blockchain and Metaverse is continuously increasing. The level of interest shown in these initiatives by potential investors has been on the rise recently. Within the next year, DWF Labs intends to capitalize on the fast-expanding industry in order to establish itself as the world’s preeminent provider of Web3 venture capital and market maker.

Recent developments have seen DWF Labs become an influential backer of the TON ecosystem. The Open Network is supported by DWF Labs in the areas of investment, token development, market creation, and exchange listing thanks to the company’s cooperation with the TON Foundation.

DWF Labs has announced that they will provide $10 million to help support the expanding TON ecosystem. In addition, there will be a total of 50 seed investments made throughout the course of the following twelve months. Each investment is made with the intention of hastening the expansion of TON and the projects it oversees.

In addition, DWF Labs plans to boost the amount of TONcoin transactions across all supporting platforms in order to attract a larger number of players in the TON ecosystem. At the moment, the daily trade volume for TONcoin might reach up to $20 million.

Following that, DWF Labs will concentrate on finding more ways to boost the volume. In order to accomplish this goal, a trustworthy over-the-counter (OTC) market will be built to facilitate large-scale transactions between buyers and sellers. TON and DWF Labs are going to begin a partnership that will last for a long time and involve considerable collaboration between the two companies.