After a drastic fall in prices, Ethereum [ETH] seems primed to get back to former glory, at least in terms of trading action. The platform token surged the most amongst all top ten cryptocurrencies today.

The world’s second largest cryptocurrency has seen a hike of more than 5 percent on August 17, 2018. According to CoinMarketCap, Ethereum [ETH] was trading at $301.06 with a market cap of $30 billion. 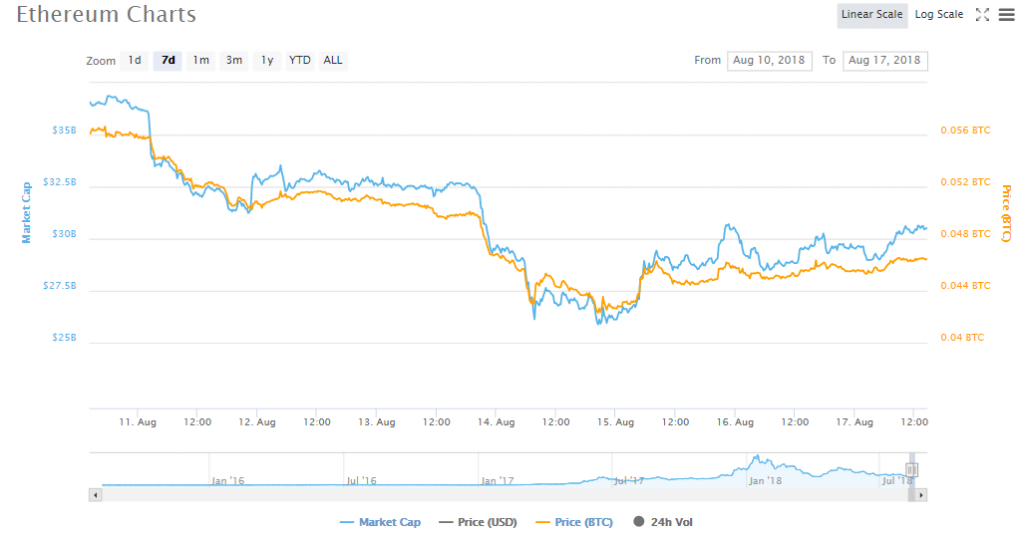 Major support on $300 existed for ETH, which the token’s traders duly maintained all through 2018. However, last week saw its price reach a low of $257 on August 14, alongside several other cryptocurrencies dropping by 3-11 percent each.

Meanwhile, media reports ascertained that Ethereum’s poor showing was due to the demise of ICOs, scalability crisis, and over bearishness of the cryptocurrency market. In addition, several crypto-hedge funds stated they were “shorting” the digital token, a move which understandably led to investor panic.

“Some people laughed when I said I was buying large amounts of ETH at $275 and $250. They ain’t laughing no more. You should know by now. When I publicly announce that I’m making a move, 90% of the time you will end up reading one of these tweets shortly thereafter.”

There were those from the cryptocurrency network who felt that the best time to invest in Ethereum [ETH] was when the prices dropped between $275 and $250 as the digital currency was sure to hike up again in no time.