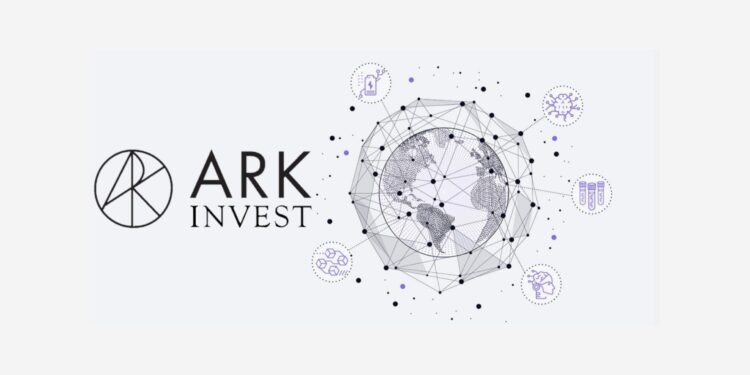 ARK Investment Management has bought 10K shares of Coinbase and become the fourth largest shareholder for the crypto exchange firm.

The CEO of ARK Investment Management, Cathie Wood, has been making bullish moves amid the bearish market trend, as she has been an excellent supporter of Bitcoin and the crypto space for a long time. The CEO has taken several effective and bold steps to become one of the public fund managers to consider and support the era of digital assets as the investment firm has gone beyond boundaries by buying more shares of Coinbase.

On 24 October, ARK Investment Management invested heavily in a leading crypto exchange Coinbase. According to ARK’s daily trade information newsletter, ARK pocketed 10,880 shares of Coinbase (COIN) through its ARK Fintech Innovation Fund (ARKF) as per 13F filing with the US regulator Securities and Exchange Commission (SEC). This investment comes after the firm reduced its Coinbase shares from the portfolio in June.

A purchase of $722,000 is relatively modest, which pushed ARKF’s holdings of Coinbase shares up to $61.2 million, more than 8% of ARK’s total portfolio. Through this purchase, ARK made COIN the third-largest asset in its portfolio after Shopify and Block. ARK now holds nearly 7.7 million shares of Coinbase, with an increase of 2 million shares from the previous year. It is to be noted that the average cost of ARK’s purchase of COIN is $218.45.

ARK Bought $100K Worth Of Bitcoins 8 Years Ago

The cryptocurrency space has witnessed whale investors investing heavily in leading digital assets, including Bitcoin and Ethereum. Over the last few years, Cathie Wood made some bullish notes on Bitcoin as she said that the Bitcoin price might touch $500K in the next five years. However, this statement came when the crypto market was in a bull run and Bitcoin made multiple highs. Despite the bearish trend of Bitcoin due to the crypto winter, Cathie revealed her bullish notes on Bitcoin as ARK once bought $100K worth of bitcoin in 2014 when BTC was trading at just $250.

In a podcast, “What Bitcoin Did” by Peter McCormack, she revealed that the Bitcoin holdings have not yet been sold, and the current market value of those Bitcoins is nearly $7.6 million. Cathie is also bullish on Bitcoin’s future prices as she believes that the price will skyrocket soon to $1 million by the end of 2030. However, this is not the first time her bullish vibes for Bitcoin, as she made the same prediction at the Bitcoin 2022 conference in Miami earlier this year. According to Cathie, the main reason behind this significant push in Bitcoin’s price would be institutional investors’ investment in digital assets.

Cathie further explained that even 5% of institutional investors’ money would be enough to push Bitcoin to $500K. She said, “My background is both economics and finance. So I feel very confident in what I’m saying: this is the first global private, meaning no government oversight, digital rules-based monetary system. When I’m explaining it like that, I ask everyone to listen to each of those words, each one of them is very important. This is one of the most profound innovations of our time.”

However, ARK got exposure to Bitcoin through the Grayscale Bitcoin Trust (GBTC). The ARK Next Generation Internet Fund (ARKW) currently holds nearly 5.9 million shares of GBTC, which is approximately valued at $67.4 million.