by Samuel Edyme
in blockchain news
0 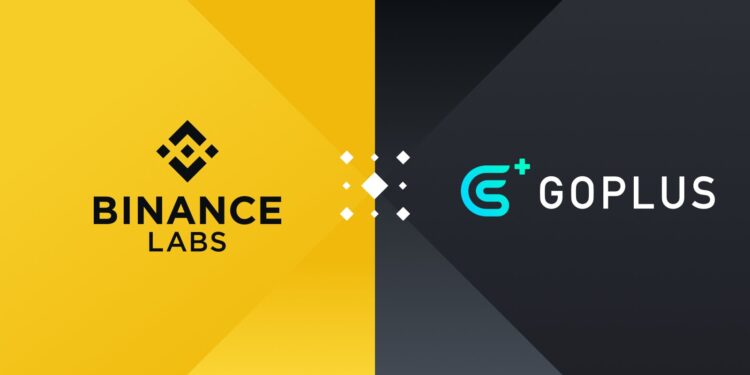 Per the announcement, the funding will be used by GoPlus Security to further expand its level of security data development as well as to build a security service marketplace and allure talented individuals who can contribute to building a “decentralized security platform.”

GoPlus Security is one of the major Web3 security infrastructure providers in the industry. The project focuses mainly on significant blockchain networks with multidimensional risk detection in order to build a secure Web3 environment.

As a prominent security guru, GoPlus Security manages security data on 13 chains, and it’s set to launch a security service marketplace by the end of this year, according to the Binance announcement.

According to Eskil, GoPlus Security is close to onboarding 20 different security services and solutions and “decentralize the security service even more, using the modular blockchain or ZKP (zero-knowledge proof) technology.”

Security In The Web3 Ecosystem

The increasing adoption of blockchain and Web3 has so far created new exposures and vulnerabilities that threat actors could exploit. An incident like the FTX crash has birth questions doubting the security of this industry.

Moreover, with the recent rise of hacks and exploits, security has proved to be something not to be taken for granted. Most firms and entities in the industry are now not only conscious about safety but also expanding their focus to lay a secured foundation in Web3.

Last month, Cosmos, an ecosystem of blockchains designed to scale and interoperate with each other, commenced an exclusive voting system focused on creating a unique security model for its hub –  a central blockchain of the network.

While the rise of exploits and hacks continues to increase, it is also worth noting that companies are also not backing down. In September, Naoris Protocol, a Portuguese cybersecurity firm, raised a total of $31M to develop a decentralized cybersecurity infrastructure.