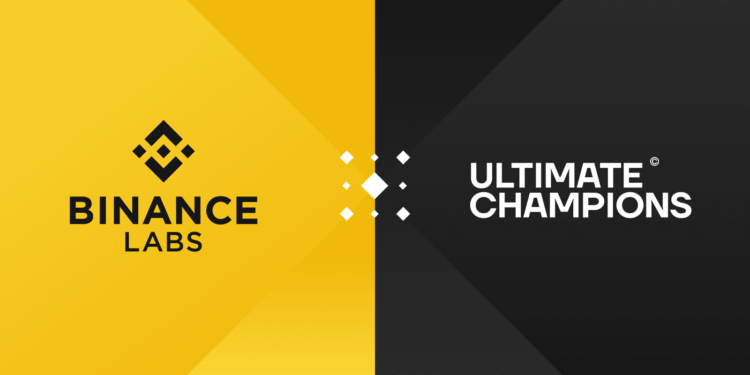 Binance’s venture capital subsidiary, Binance Labs, invested up to $4M in Ultimate Champions (a sports gaming venue focused on Web3) to be integrated into the BNB Chain. The collected funds will be utilized by Ultimate Champions to advance the game development, carry out more sports collaborations, as well as enhance the community of the platform. Since its inception in 2019, investments have been made by Binance Labs into above 200 projects across nearly twenty-five countries.

In the end, BNB Chain will witness the deployment of Ultimate Champions that will drop on the Binance Fan Token Platform, permitting players to have an exciting fan experience, as well as better, participate with the team of their interest. Apart from that, Ultimate Champions has begun a unique collaboration with a Europe-based professional basketball management firm EuroLeague.

After that, It will also spread out its span next year by being a part of fantasy basketball. Ultimate Champions’ co-founder, Charlie Guillemot, stated that the goal of the platform is to make the Web3-based experience of sports gaming available to a broader audience. He added that Ultimate Champions wants to provide entertainment to its consumers in a free-to-play mode. As per him, they are very happy to modernize and enhance the ecosystem of Web3-based sports gaming with Binance Labs.

Guillemot specified that they are confident for BNB Chain to turn into a robust venue to be flourished in their endeavours. Binance Labs’ investment director, Alex Odagiu, also remarked on the respective move saying that the Web3 technology is offering great potential. He was of the view that it would interlink the players, sports clubs, as well as their fans online. As he put it, apart from the digital collectables’ usage as a means of fan engagement, their platform additionally backs gameplay that is player-centric with no need to onboard wallets.

The respective mechanism serves as a more supple and enduring method for players to participate in their preferred sports clubs. In addition to this, it also expands the accessibility of blockchain gaming. He brought to the front that the company is keeping an eye on operating in collaboration with the team of Ultimate Champions for the provision of more and improved profits to the game players of all levels.