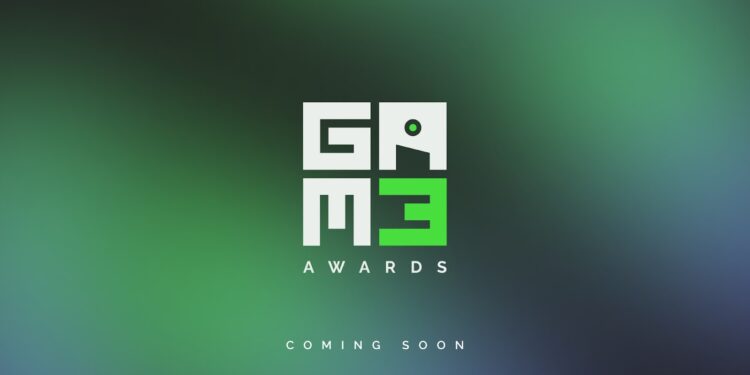 The first GAM3 Awards, which seek to become the equivalent of the Grammys for Web3 gaming, have been organized with the participation of a big group of the most prominent firms and individuals in the sector. The event, which will take place on December 15 and be presented by Polkastarter Gaming, will celebrate the Web3 games that were deemed to be the best of the year by both knowledgeable judges and the community at large.

Over 200 Web3 games and content developers have been nominated for a total of 16 prizes, including “Game of the Year.” Justin Kan, Founder of Fractal; Urvit Goel, Head of Global Games at Polygon Studios; Itai Elizur, Managing Partner at Market Across; Rachel Levin, Director of Venture & Strategy at ImmutableX; and Matt Sorg, Head of Technology at Solana Foundation are among the judges whose votes will decide which studios walk away with a prize.

GAM3 Awards 2022 is the first annual Web3 gaming awards ceremony. Hosted by Polkastarter Gaming, this event is Polkastarter’s first effort toward envisioning the future of blockchain gaming, which has expanded to a community of over 70,000 gamers from all over the world. The awards recognize the Web3 games that are of the highest quality, and the event attracts industry leaders, ecosystems, and media outlets. In addition, the most successful game developers and content creators are awarded financial prizes and services with a combined value of more than $300,000.

The GAM3 Awards were established with the intention of highlighting best-in-class Web3 games and showcasing blockchain as a net benefit to the gaming industry. The awards are scheduled to be simultaneously streamed across Polkastarter Gaming’s Twitch, YouTube, and Twitter platforms. In order to ensure that the voting process is comprehensive and equitable, the event will have a jury consisting of over 30 gaming and Web3 figureheads, ecosystem partners, and media outlets.

Winners of the first GAM3 Awards will not only receive fame and recognition, but they will also be eligible to receive a part of the prizes worth $300,000 that have been offered by sponsors such as Immutable X, Blockchain Game Alliance, Machinations, Naavik, and Ultra. The event will acknowledge the developers who are working to provide the greatest quality gaming experiences and will exhibit the best games that are currently available for the Web3 platform.

All video games will each have their own category for “Best” awards: action game, mobile game, adventure game, casual game, role-playing game, shooter game, graphics, strategy game, card game, multiplayer game, esports game, graphics, and content creator. In addition, there will be awards given out for the Most Anticipated Game, Games’ Choice, and People’s Choice, and subsequent editions are planned to include an even greater variety of categories.

An All-Star Jury From The Gaming Industry

An all-star jury with years of gaming expertise includes Yoshihisa Hashimoto, a former Square Enix CTO who directed titles such as Sonic: Unleashed and Final Fantasy XIV Online, as well as a former Senior Director of Partnerships at Electronic Arts. Additionally, the jury is comprised of individuals who have held senior leadership positions at Electronic Arts, Riot Games, Zynga, Xbox Game Studios, Amazon Gaming, and Unity Technologies, including the following:

The vote of the jury will count for 90%, and the remaining 10% will be determined by votes cast by the public at large. The only categories that are exempt from this rule are “Games’ Choice,” which will be decided by game studios in the industry voting for their own version of “Game of the Year,” as well as “People’s Choice” and “Best Content Creator,” both of which will be determined solely by the community. The nominated shortlist will include a listing of the jury’s top five selections in each category.

After it is published, Polkastarter Gaming’s website will open for community voting around the middle of November, and the official outcome will be announced in December. The evaluation of games will be based on a variety of factors, such as the core loop, the graphics, the accessibility, the replayability factor, the fun components, and the overall playing experience. In order for games to be considered for the awards, they must incorporate and make use of blockchain technology without ignoring the significance of the game’s overarching gameplay and playability.

The event also aims to commemorate the next generation of builders in Web3 gaming by encouraging game studios to nominate and acknowledge their own employees, developers, and experts across specializations who exemplify the future generation of Web3 gaming by being admitted in the first ‘GAM3 Changers’ list. This will be done by inviting game companies to participate in the event.

Justin Kan, Founder of Fractal, the awards’ content partner, said: “We are excited to partner with Polkastarter Gaming on this event, it is truly a step in the right direction for the industry and the first of its kind in Web3 gaming.”

Omar Ghanem, Head of Gaming at Polkastarter, said: “We called it the “GAME” awards, with a 3, to keep the focus on the actual games themselves, get rid of the Web3 jargon and negative connotation, while still paying tribute to the underlying Web3 tech that we believe will help shape the future of gaming.”

The GAM3 Awards are designed to bring attention to the outstanding quality of Web3 games presently available and demonstrate the actual potential of integrating blockchain technology, all without compromising the quality of the games themselves. These awards have the potential to become the industry standard for yearly ceremonies as the industry keeps growing due to the grandeur of the event and the entire initiative, which is demonstrated by the diversified and recognized jury and partners.