Blockchain is The Key to Transforming The Global Economy 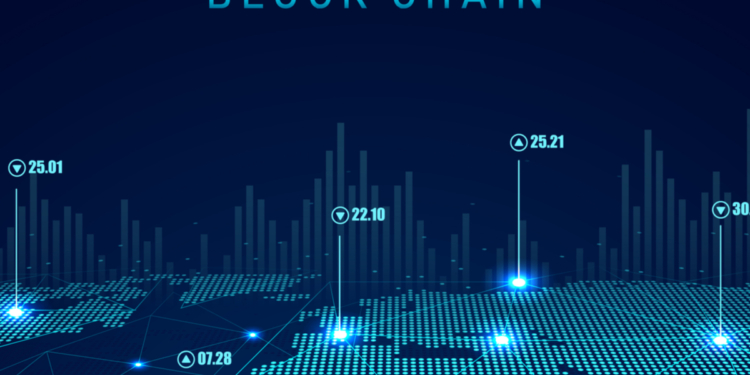 Blockchain can replace any business based on transactions in traditional enterprise databases at the heart of nearly every financial service function. Any financial transaction with low transparency and limited traceability is vulnerable to interference from blockchain applications. Therefore, DLT is both a great opportunity and a devastating threat.

Blockchain is a new layer of technology rerouting the internet and threatening to erase older legacy structures. Below are some of the ways that it is transforming the finance sector:

Even though traditional banks are available almost everywhere globally, about 1.7 billion adults remain unbanked—without an account at a financial institution or through a mobile money provider. In 2014 that number was 2 billion. China has the highest number of the unbanked, followed by other countries, including Pakistan and Nigeria.

Blockchain technology solves this problem by enabling financial inclusion using cryptocurrencies such as bitcoin. Since cryptocurrency is a digital currency and can be accessed via PCs and smartphones, sending and receiving money is no longer a challenge.

One does not have to deal with a bank account application and go through a traditional financial services company’s complex operation.

Another great feature of blockchain technology in finance is the ability to provide secure transactions. Payments are usually made in cash, by check, and by bank transfer. Although most people consider these payment options to be the fastest, they are still vulnerable to potential risks.

Take government-issued money, for example. Because it’s printed, fraudsters can counterfeit fiat money or cash. The same is true for checks, which are sometimes used for off-balance-sheet payments. It is also known as every trader’s fear – bouncing a check.

With blockchain technology, payments are irreversible, and it is secure. Businesses can avoid accepting unfunded checks and facing false electronic charges as it limits the possibility of online fraud.

To be successful with a blockchain hack, hackers must control and modify 51% of the blockchain copies simultaneously so that their new copy becomes the majority copy and thus the agreed-upon chain. Such attacks also require a large amount of money and resources as all blocks have to be repeated as they now have different timestamps and hash codes.

Given the size of the Bitcoin network and its speed, it will likely cost a fortune. It will be not only costly but also fruitless. Something like this will not go unnoticed as network members will see drastic changes in the blockchain. Network members then branch off to new unaffected versions of the chain.

Blockchain is widely known as the best technology to follow a trail of transactions. The distributed ledger technology (DLT), or the digital system, records the asset’s transaction details simultaneously in several locations.

Due to the blockchain’s decentralized nature, all transactions can be viewed transparently either through private nodes or with blockchain researchers’ help so that everyone can follow transactions in person. Each node has its copy of the chain updated as new blocks are confirmed and added. Anyone on the network can view transaction details and history, increasing transparency and accountability.

With this excellent transparency feature, advanced blockchain technology applications are not only limited to finance and technology. Its benefits have reached out to other industries and sectors, including charities and nonprofits. It makes donations in Bitcoin and other cryptocurrencies easier to access and understand.

In hacking cases, the extracted bitcoins can be traced easily, although the hacker is entirely anonymous. If the bitcoins stolen in some of these hacks need to be moved or spent somewhere, it will be visible to everyone.

Each transaction through one of these service providers often takes a day or more and usually involves different transfer fees. With blockchain, financial transactions are not limited by geographic boundaries because they are not processed using conventional methods.

The best part is that transactions can be completed almost in an instant, less than 15 minutes. Since payments aren’t made using traditional payment methods, one doesn’t have to worry about holidays, weekends, and opening hours. Money can be sent and received from almost any part of the world at any time.

Verifying customers’ identity and personal information is perhaps one of the essential tasks that every company and institution should perform with great care. Banks and other financial service providers are responsible for verifying and verifying whether customers or users of their services are involved in fraudulent transactions and activities.

One of these malicious activities is money laundering, which is becoming increasingly common these days. Adhering to these strict security measures costs a lot of money. With the power of blockchain in finance, everyone can minimize this enormous burden on banks and related services at a lower cost.

Using a blockchain-based system to carry out such operations could reduce potentially painful fines from regulators if banks fail to verify that their customers do not benefit from the criminal activity system.

Blockchain and cryptocurrency are new forms of trust. They will only be successful if they are reliable enough beyond the basic security of the books being distributed. Law, regulation, and governance are the three main mechanisms for creating a reliable system acceptable to all societies.

Once new avenues are found, they can tackle the government’s legitimate problems without overly limiting the innovations that blockchain technology makes possible. However, efforts are being made by individual jurisdictions to oversee cryptocurrencies and the blockchain in general.

There are many benefits to this great digital solution, from health and utility management to government cybersecurity. Unsurprisingly, in the coming years, we will see how the entrepreneurial potential and advancement of blockchain are harnessed in many industries worldwide.