What Are Blockchain P2E Games & How to Earn From It? 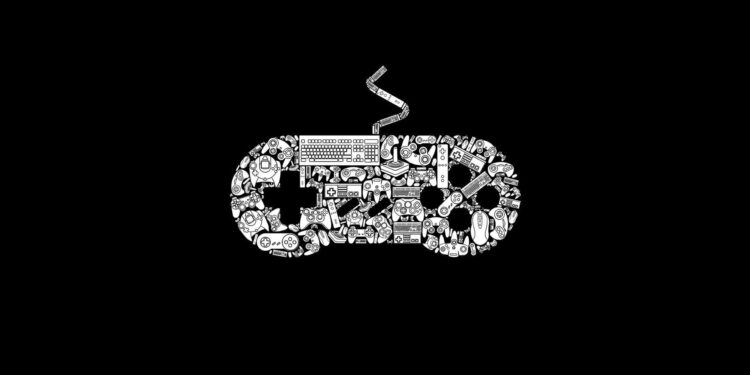 Blockchain is cool tech, to make it even cooler, games are being developed under it and they are games that actually pay in… Wait for it, what are P2E crypto games ?

We’ve seen the gaming industry evolve from pay to play to free to play and now, P2E (play-to-earn) with the help of blockchain technology, now you might be wondering, is this real, can I really earn from this, well, take a chill pill and check this out…

Blockchain play-to-earn (P2E) games are literally just like our regular games except it reward players or participants with either Cryptocurrency or NFT while gaming, the gaming could be fighting battles, breeding in-game characters, completing quests, or other tasks. There are two types of blockchain P2E games which are, Cryptocurrency gaming and NFT gaming.

Cryptocurrency gaming rewards players with its in-game digital currency or native token used in the game while gaming, which can then be used to purchase NFTs or traded and converted into real word Fiat currency.

NFT gaming is also similar to Crypto games except it rewards players with the in-game NFT cards, which can also be traded and converted into real word Fiat currency. NFT games use blockchain to prove ownership, make scarcity, secure assets immutably, and also, be decentralized.

How Does Blockchain P2E Works?

The idea behind this is simply the rich giving to the dedicated. Let’s say there’s a rich guy and there’s the other guy who is dedicated to playing games, and making money while gaming, right, The rich guy loves NFTs and would love to acquire NFT game cards, but doesn’t have the time or ability to play the game, probably because he doesn’t like t sit at the desk all day playing games.

Now the dedicated guy Is the one that will dedicate his time and effort to acquire the NFT game card, by actually playing the game. And after acquiring the NFT, he can then go sell the NFT to the other rich, who loved NFT and have a lot of interest in the NFT because he counts it as a valuable asset.

How To Earn From Blockchain P2E Games?

Although there are several ways you could earn from Blockchain games. Hate to burst your bubbles but there are also no guaranteed ways to actually earn from P2E games either, and how much you earn can also depend on the value of the in-game currency and the NFTs you acquire from the game. But don’t despair yet, you can still make money from Blockchain P2E games as long as you can actually play a game. So, here are some common ways to make money from blockchain games.

You might be wrong if you thought blockchain P2E games only consist of fighting battles or completing quests. It’s actually more than that, breeding too is possible in blockchain gaming. Breeding in blockchain gaming simply means minting the in-game NFT or token to be put in the circulation of the game.

This is simply the act of renting out your character or lands in the game for profit. This can be possible with a scholarship guild which is when the manager rents out his item to the player, also known as the scholar to play the game, and whatever rewards earned at the end of the game is being split and shared between the both of them. That is the manager and the scholar.

Most NFT games have their own specific NFT card or assets which are rewarded to the player after completing a task. The NFT cards in the game can be limited in supply, and when that happens, the NFT would be scarce. Imagine if there was a total supply of just 1000 NFT cards in a game, with over 1 million players. You see then that there would be an increase in demand for that NFT card and people will be willing to buy the NFT because it will be so valuable. So trading of NFT is simply the buying and selling of the in-game NFT cards. Note, this NFT can mostly be sold anywhere even in an NFT marketplace, therefore, the point of the proof of ownership in blockchain play is to earn games. This means an item can be moved from the actual game to anywhere and be sold.

Most of the blockchain P2E games as their in-game token or currency which can be traded on Cryptocurrency exchanges and then be converted into real-world currency or fiat. So you can also make money by earning this digital currency.

You might have never thought of this, but you can also earn from Blockchain gaming by streaming yourself while actually playing the game. Twitch is the main platform used for this, you can earn by subscriptions or donations. Although, YouTube can also be used for this but most times it is used for advertising, and sponsorships instead.

While the blockchain gaming sector has experienced a huge decline since the start of the crypto winter, the sector has still experienced massive growth. Today, it boasts millions of players from around the world and growing. Here is a list of the top five P2E crypto games you should consider looking into.

Axie Infinity is a game based around the concept of collecting, raising, and battling fantasy creatures known as Axies. Every Axie is unique and features unique weaknesses and strengths, based on its genes. With billions of possible combinations, the possibilities are endless. Players of this game also earn AX tokens.

The Sandbox is a community-driven platform that lets participants monetize their gaming experience. This game lets players own a share of a virtual Metaverse world, where they can build creative games within a virtual world. One of the most valuable assets within this P2E game is LAND, which is virtual real estate.

Ev.io is a P2E blockchain-powered game built on the Solana blockchain. Participants in this game earn whitelist tokens when they play FPS games.

Bloomverse is a unique take on P2E games, built by gamers for the masses. It aims to upgrade everyone’s online activity by combining blockchain gaming, NFTs, easy-to-use features, and more, to ensure everyone can monetize their online activity.

Crypto Legions is a mythological P2E game built on the Binance smart Chain. It allows players to create powerful legions, which they can use to hunt deadly monsters on planet Nicah in the Kolb galaxy.

Here is a list of some of the best P2E games players can play in 2022.

Gods Unchained is a fantasy and trading card game built on Ethereum. It is a free-to-play game, and easy to get started. Players are offered numerous P2E opportunities right from the start.

Splinterlands is a P2E trading cards game that players can play directly from their browser. It began life on the Steem blockchain as Steemmonsters. However, it has since evolved and moved to the hive blockchain. The game has cross-chain functionality, which allows its cards and tokens to be tradable on Ethereum and Wax blockchains.

Pegaxy was built as a player v player (PVP) horse racing game. It has a simple gaming model, which is perfect for those new to P2E gaming. Participants in the game can buy NFT horses, which they can race, breed, or rent to others.

Where To Look For Profitable P2E Games?

For those looking for new P2E crypto games, there are numerous resources online to help you with that. Here are the main sites where you can find the top P2E crypto games in the world.

Solido.Games is a one-stop shop for the P2E industry. The platform aggregates play to earn games and Metaverses. Through this platform, users can find useful resources to help them keep up with the P2E industry.

GameFi.org is built as an all-in-one hub where users can find the latest P2E games in the world. The platform offers information on different blockchains and Metaverses.

For Meta World is built as an inclusive GameFi ecosystem. It supports different types of blockchains, and Metaverse, to inform as many people in the world as possible about upcoming GameFi P2E games and Metaverses.

Play To Earn is one of the leading sources of information on the blockchain gaming world, P2E games, and NFT gaming.

Gamerse is a platform designed to connect NFT P2E games with gamers.