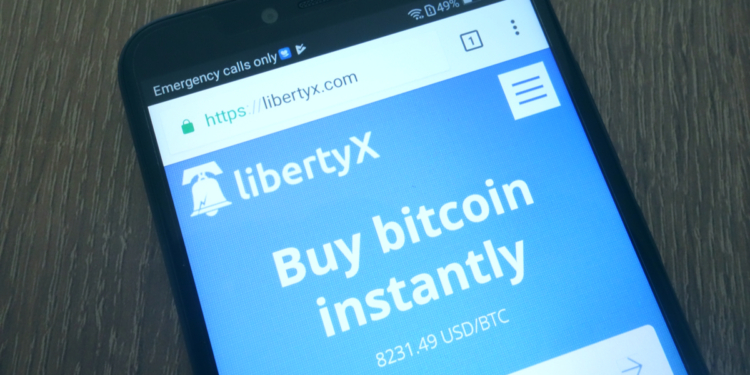 Bitcoin ATM Company LibertyX teams up with retailers 7-Eleven, Rite Aid, and CVS to expand its cash for crypto services across the United States.

With the aim of making Bitcoin available “on every block” in America, LibertyX has now activated Bitcoin buying locations at 20,000 retail outlets, allowing the public to buy the world’s first crypto easily and conveniently.

LibertyX’s store locator allows the buyer to immediately find out if a 7-Eleven nearby offers Bitcoin purchases, with crypto holders allowed to buy up to $500 worth of BTC in minutes for a small fee.

Before any purchase is made, the buyer must first fill-up the necessary Know Your Customer’s (KYC) details, such as name, address, and phone number.

In a statement, LibertyX Co-founder and CEO Chris Yim hailed Bitcoin as “one of the most exciting innovations over the last decade.” However, they admitted adoption was still limited by trust and accessibility.

Following the news, Crypto traders have already started to take advantage of the new offering, with Reddit user “Notyourcoins” reportedly procuring BTC worth $99.58 at a low fee from a 7-Eleven outlet.

LibertyX Can Push For the Widespread of Bitcoin Adoption

Bitcoin ATMs serve the purpose of allowing users to buy crypto, albeit through a process more familiar to regular people, allowing for easy Bitcoin purchases in the same way they withdraw cash on ATMs.

LibertyX launched its first cash-to-Bitcoin ATM in the US in 2014 and then followed it up with an over-the-counter Bitcoin cashier platform in 2016. The ATM Company now has approximately 5,000 ATMs capable of selling Bitcoin for cash in the country.

With the latest partnership, the LibertyX Co-founder believes that everyone is only a few miles away from owning Bitcoin and becoming part of its global community.

Indeed, BTC can achieve widespread adoption once it becomes easier to buy the flagship crypto and use it across multiple retail locations. Many startups have tackled this problem around the world, with Coinbase and Square already allowing a seamless way to buy Bitcoin via mobile phones.

Similarly, New Zealand-based digital asset integrator Centrapay recently announced it had signed a deal with universal bottler Coca-Cola Amatil to enable consumers to use Bitcoin at over 1200 vending machines across Australia and New Zealand.

The ATM sector may seem outdated, but for older users who are accustomed to a more traditional system, it offers better convenience than using a crypto exchange platform.

Recently, new Bitcoin ATMs have been opened across the globe, making it possible not only to buy BTC but also to withdraw and sell coins. For instance, Chainblock recently installed the first crypto ATM to facilitate the purchase of Bitcoin in the Italian city of Genoa.