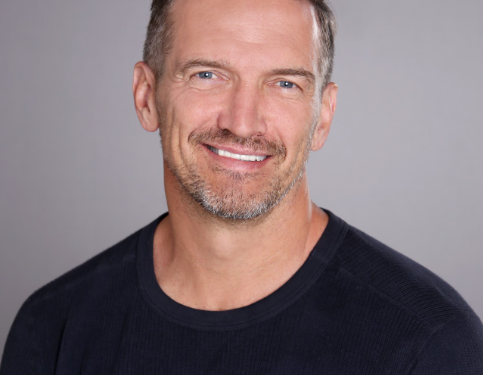 Despite being around for some time now, blockchain is still a largely unexplored technology. We have seen household brands like Walmart implementing blockchain to manage its supply chain, and now, according to Cameron Chell, co-founder and vice chairman of BitRail, blockchain is poised to disrupt the way we conduct cross-border payments.

We spoke to Mr. Chell about his business and all things Blockchain.

Cross-border payments have been in existence for years but are still expensive and often slow. Why do you think the financial world hasn’t improved on it yet?

Cross-border payments are slowly moving toward digital payments after relying solely on outdated transferring of cash and traveller’s cheques. It’s also heavily regulated – as transactions go through Know Your Client (KYC) and anti-money laundering (AML) checks to avoid risk, there are several intermediaries still bound by manual workflows, including the bank of the sender’s home country to that of the receiver. Each step of this process is often attached to high fees – up to 7% on average, according to the World Bank – with a lot of jargon surrounding these high fees which make the process confusing enough that the sender won’t question it. As new technologies emerge, institutions often will not dedicate time to explore those solutions because they either do not know enough about it, or do not have the time, resources, or capital to spend exploring their possibilities.

A lot of the intense efforts being put into cross-border payments using Blockchain seem to be focused in places like the Middle East. What do you think causes this disparity?

This disparity is caused by remittances – migrant workers sending money to an individual in their home country. The cost of sending remittances to these regions are far higher than anywhere else in the world, so it makes sense that any efforts to reduce costs will start where the problem is most prominent.

Could we, realistically, be looking at a future in which international payments have near-zero cost?

Yes, but it will still be some time before we can come close to that. We still have a few key areas to overcome, such as money laundering and terrorism funding.

What role will Blockchain play in this process?

Blockchain will replace the third party or “middle men” acting as trusted agents. Cross-border payments using blockchain are near instant, cutting the costs of typical payment transaction fees and reducing chargebacks compared to using credit cards, while simplifying and streamlining the transaction process. Once a transaction is recorded in its distributed ledger, the receiving party has immediate access to the funds. Not only that – its inherent nature allows for an additional layer of security through blockchain verification and two-factor authentication, with capabilities for KYC and AML diligence and access to cross-border money transfers, in accordance with federal regulations.

How do you think mainstream financial institutions will respond to the Blockchain takeover?

As blockchain emerges into the mainstream, major financial intuitions will lead the charge in exploring its potential and use it to further their own customer. We’re already seeing entities like JP Morgan expanding its blockchain project, so the process has already begun. Big banks have more blockchain patents than any other industry sector.

Do you think consumers will readily make the switch to Blockchain-based remittance providers?

I think consumers are curious. Once they realize the benefits of blockchain-based technologies (cost reduction, etc.) and understand the ease-of-use that comes with it, they’ll be more receptive. They won’t even know they are using a blockchain.

Could you tell us a bit about BitRail?

BitRail is a blockchain infrastructure that enables entities to operate regulatory compliant digital currencies for payment. BitRail provides companies and institutions an alternative choice to costly credit cards and other fee-heavy digital payment options. By powering branded economies, the platform also helps drive customer loyalty and makes credible cryptocurrencies available for common transactions with customer-centric ease-of-use. Think of what JP Morgan built for themselves, or of what Facebook is building for themselves – BitRail is similar, but able to be white-labeled so that any company can have their own digital currency, digital wallets and payment infrastructure.