Chainlink Integrations Ramp Up on Solana 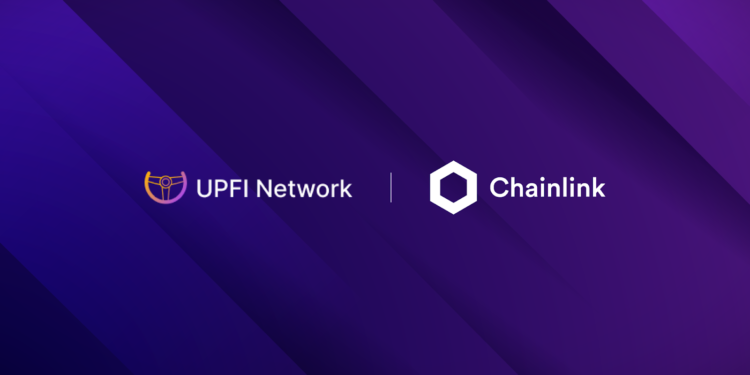 Yaniv Hou, co-founder and tech lead at Apricot Finance said, “We chose to underpin our lending activity with Chainlink Price Feeds because of their unmatched security and proven performance. Now, Apricot can push the frontier of DeFi innovation on Solana while supported by the most secure, reliable, and time-tested market data solution available.”

UPFI’s announcement today is significant, as the project claims to be the first stablecoin protocol which uses design principles to create a highly scalable, non-custodial, extremely stable, fractional-algorithmic, and pure on-chain financials on Solana.

By integrating Chainlink Price Feeds, UPFI Network says that it now has access to the robust market data needed to help maintain the peg of its partially collateralized and partially algorithmically stabilized stablecoin. The initial integration involves the use of the Chainlink USDC/USD Price Feed, which is said to be referenced during all mints and redemptions.

Sergey Nazarov, the co-founder of Chainlink, also weighed in on the Solana Price Feeds announcement via a press release published by the team on Friday.

“Chainlink is now the most robust and comprehensive oracle network on the Solana blockchain, and we anticipate its role in the Solana ecosystem to expand as we integrate more price feeds and additional off-chain services,” said Nazarov.

“Chainlink is expected to provide developers building on Solana access to hundreds of additional price feeds and datasets, as well as other popular Chainlink services such as Proof of Reserve for asset attestation, Keepers for event-driven and time-based automation, and Verifiable Random Function (VRF) for randomness, a service already used by hundreds of teams to fairly mint millions of NFTs.”

How Does Bitcoin Mining Work ?