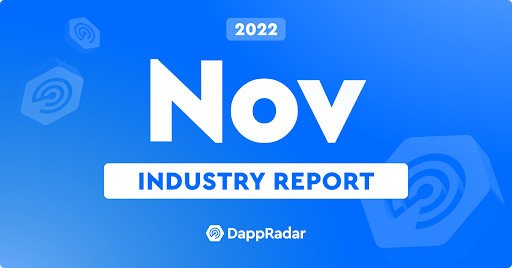 Latest dapp industry report by DappRadar, the global dapp store, highlights the strong resilience of the blockchain industry that was hampered by a series of negative events over the last month, including the collapse of the FTX exchange and a rise in hacks, scams and exploits related to the decentralized finance industry.

One would assume these events would lead to a flood of users exiting the crypto space, but DappRadar’s November Industry Report instead underscored the doggedness of the industry sector that has become familiar with negative news.

In November, the number of daily unique active wallets (UAWs) connected to blockchain dapps was 1.9 million, just 5% down from the previous month. According to DappRadar, the surprisingly low outflow suggests strong resilience for the blockchain industry during times of uncertainty.

The events did have an impact on the activity of the blockchain gaming sector, which saw its share of UAWs decrease from 45% to 42%, but still reached 807,000 dUAW. However, the decline in blockchain gaming activity came against a backdrop of increased interest in the DeFi sector, DappRadar said.

In terms of the most popular blockchains, BNB Chain retained the top spot with 651,669 daily UAWs on average throughout the month. DappRadar attributes this to BNB Chain’s popularity with gamers, as the protocol hosts countless gaming dapps. Meanwhile, Solana – a blockchain that was closely associated with FTX, saw the biggest decrease in daily UAWs as a result of the exchange’s collapse last month.

The most traded blockchain game remains Gods Unchained, which saw a trading volume of $18.3 million generated from 326,592 sales in November. However, the segment was clearly affected by the events at FTX, as those numbers were down 47% and 61%, respectively, from the month prior. Another popular game, Axie Infinity, saw its NFT trading volume fall 38% to just $3.32 million, with sales falling by 37%. However, DappRadar said it’s worth noting that Axie Infinity’s trading volume has been on the decline for three months already.

Furthermore, the NFT trading volume and sales count fell during the month, dropping 17.47% and 22.24% respectively. However, the industry clearly feels that NFTs are assets with long term potential, as we saw two new NFT marketplaces launched in November, from ApeCoin DAO and Uniswap.

The report also highlighted what many saw as inevitable in the wake of FTX’s bankruptcy, with the total value locked in DeFi protocols falling on all major blockchains. Ethereum, the number one chain for DeFi, ended the month with $32.1 billion in TVL, down 24% from the previous month. It also saw its dominance of the DeFi market decrease, with its market share slipping from 61.79% to 49%. Solana-based DeFi endured an even more torrid time, with its TVL falling by 71% to just $366 million. The least-affected chains were BNB Chain and Arbitrum, which saw their TVL fall by 3% and 5%, respectively.

Unfortunately, November also saw a rise in the nefarious activities of malicious actors, with a total of $4.88 billion being lost from blockchain users through a variety of scams, hacks and exploits. According to DappRadar, this month’s exploits mark 2022 as the largest year for blockchain hacks in history.

Founded in 2018, DappRadar is the World’s Dapp Store: a global decentralized applications (dapps) store, which makes it easy for its base of more than 1 million users per month to track, analyze, and discover dapp activity via its online platform. The platform currently hosts more than 12,000 dapps across 49 protocols and offers a plethora of consumer-friendly tools, including comprehensive NFT valuation, portfolio management, and daily industry-leading, actionable insight. 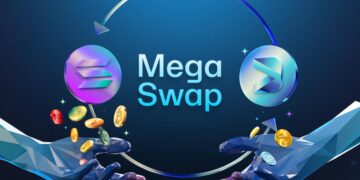 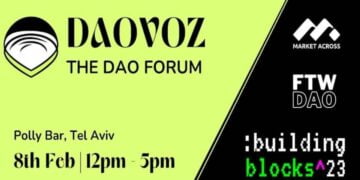 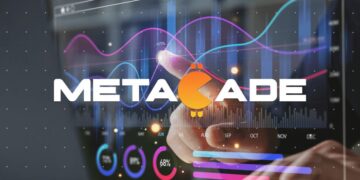 What is XRT Cryptocurrency: Everything You Need to Know