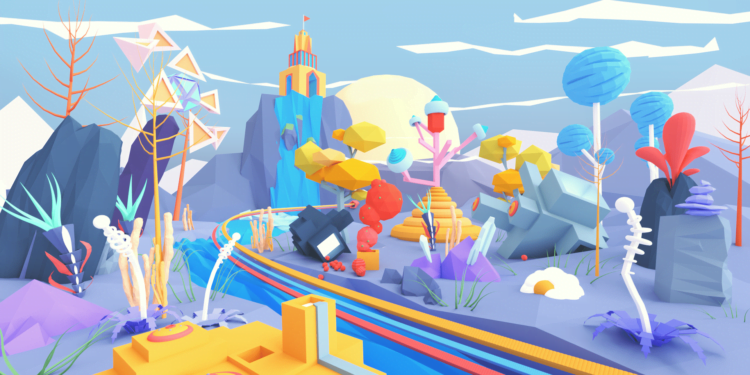 Decentral Games, a play-and-earn (P2E) gaming casino in Metaverse, has been awarded a huge quantity of MANA coins which is equal to nearly 1M USD from the Decentraland Decentralized Autonomous Organization (DAO).

Decentralized Games remains in the spotlight due to its ICE Poker game which is the first-ever Metaverse-based poker game in the history of virtual gaming. It is also one of the very first games that provide rewards to its community through the play-and-earn offering. Decentral Games is itself a venue constructed in the Metaverse owned and operated by its users.

On the other hand, Decentraland is an entirely virtual 3D destination with 12 live venues where users can buy or sell land as well as create names and select wearable avatars.

The offer is to provide 1 million USD worth of MANA for rewards of the ICE-USDC liquidity pool on QuickSwap. It is expected that the aforementioned funds will be transferred to dgtreasury.eth within 10 days. But it is not as simple and attractive as it looks at the first glance. It has a lot of strings attached to it for Decentral Games.

First of all, the offered money will have to be distributed in a period of three months to the community members who stake liquidity pool USDC-ICE. Decentral Games or the Decentral Autonomous Organization is not authorized to keep/retain any amount from the money subject here.

Secondly, DAO is not allowed to take part in staking as well. It has been asked to make sure that all the rewards are transparently delivered to the staking users.

Thirdly, this money is more of a liquidity incentive for stackers rather than a grant for the Decentral Games DAO.

Decentraland has allocated this MANA to support ICE liquidity and price. It is proven from the proposal as well as it clearly states that it is for three months period (temporary and one time only).

In addition, Decentral Games DAO has already implemented smart contracts (audited) so that the reward MANA tokens can be claimed by the stackers. So it makes perfect sense for Decentral Games to implement this instead of Decentraland.

Matthew Howells, CMO at Decentral Games while praising and emphasizing this venture said that the timing of this proposal is of utmost importance as they are going to launch their sit-and-go poker tournament. According to him, this incentive is going to provide more stability to their ecosystem and a better user experience for the clients. It will help Decentral Games to pull more users to the rapidly growing Metaverse.

Miles Anthony, Chief executive officer at Decentral Games, also had a similar stance to Matthew Howells. He said that they have been continuously in connection with the 3D world of Decentraland. To date, Decentral Games holds the largest area of Decentraland properties, around 60 percent. He accepted the fact that this allocation is going to help them in boosting their in-game economy at a crucial time when they are preparing to launch the ICE Poker sit-and-go tournament.