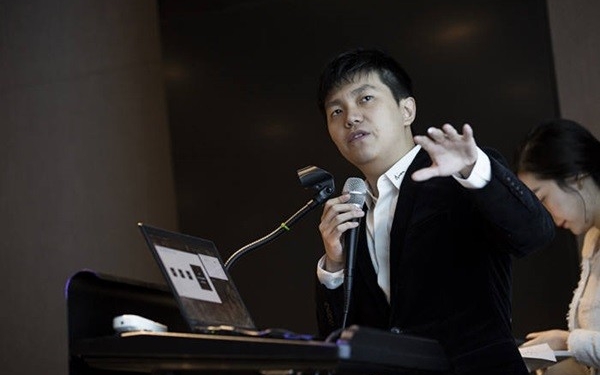 Earlier this year, BlockchainReporter spoke to Jimmy Zhong of IOST about the launch of their new mainnet.

Only a few months after this, the mainnet has been an enormous success and we catch up with Zhong to discuss the mainnet and IOST’s future plans.

BR: Could you give us a short refresher on IOST and what it is about?

IOST, is an application-friendly, next-generation public blockchain infrastructure, helping decentralized app developers overcome some of the most challenging problems with mass adoption. Today, it stands as the most scalable blockchain network ahead of Ethereum, EOS, and Tron, solving the scalability trilemma or having to exclusively select between security, scalability, and decentralization. Through a ‘Proof-of-Believability’ consensus mechanism, IOST enables developers to build and deploy more meaningful services on its platform, helping everyday users experience the mass benefits of blockchain services.

BR: Since we first spoke, IOST has been able to process more transactions within a day than the entire Ethereum network. What other milestones have IOST been able to achieve in this short time?

Our improvements and adjustments to the protocol have made it more user-friendly and as a result, we’ve as many as 244,938 live accounts registered, with an average of 15,000 wallets added per day. More than 33 million transactions have been processed, with daily transaction volumes consistently surpassing that of Ethereum’s. IOST’s token has also been listed and traded on 26 exchanges.

BR: IOST certainly has a dedicated following. How was this cultivated?

Our strong user following of over 240,000 registered accounts comes from our close collaboration with partners and developers to launch dApps with the mainstream user in mind. We’ve had great success with gaming dApps such as Endless Game, which serve as more familiar gaming experiences to wider users. With IOST’s seamless onboarding process, everyday users can immediately begin interacting with Endless Game and other dApps on the IOST network.

Beyond offering a public blockchain that is truly scalable, IOST also offers partners and developers more rewards and incentives. Nodes are able to earn IOST tokens and unlock more value through wider channels, including block production, voting mechanisms, and our unique contribution reward system, which rewards nodes for building dApps , creating content and promoting IOST, integrations with wallets, exchanges, and explorers, and building IOST’s community through events, meetups and hackathons. This offers nodes more opportunities to earn IOST tokens, regardless of their size and following, while also enabling partners and developers to contribute to the growth of IOST.

BR: Could you tell us a bit about your partnership with Ehang?

IOST’s three-way partnership with the Civil Aviation Administration of China and one of the world’s largest UAV players represents a major milestone for IOST. It demonstrates our ability to meet the processing needs of enterprises and governments who are interested in harnessing the benefits that blockchain technology can bring to their business and society.

Not many public chains have worked with a leading autonomous vehicle company and a public agency this early on its growth. Such partnerships will become a catalyst for more enterprises and governments to collaborate with us and collectively work towards a future where the benefits of blockchain can be more accessible and tangible to everyday businesses and people.

BR: While blockchain has been used in the aviation sector in recent times, it has mainly been for customer service. Why do you think it has taken so long for Blockchain to be considered for flight data analytics?

A commercial sector such as aviation requires systems that are secure, reliable and able to ensure safety at the highest levels. As flights shuttle millions of people and goods across the world each day, regulators need assurance that its flight data analytics is built on a network that is secure, scalable, and able to offer high throughput and transaction speed, all of which are finally achievable through IOST’s unique Proof-of-Believability (PoB) consensus mechanism.

BR: What else does IOST have planned?

Our immediate priority is to bring the very best developers, exchanges, companies, and authorities to partner with us and grow the IOST ecosystem. Building on our early success with a suite of 12 dApps and soaring transaction volumes, we are looking to work closely with our partners to introduce more real-world use cases for blockchain to wider users.

One example is through our recent announcement of OASIS, an application that reduces barriers to dApp access by removing the need for account registration and keeping of private keys. This will enable IOST to move closer towards mainstream adoption and to make the benefits of blockchain technology more accessible to everyone.