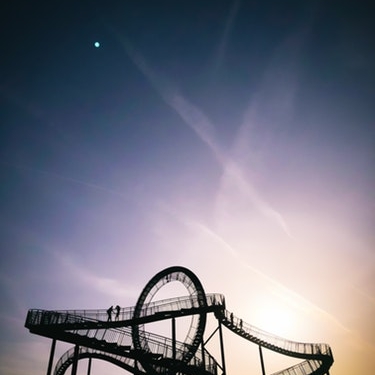 The first ever bitcoin price volatility index is being created by LedgerX. This was announced on the 14th of January 2019.

The index will be called the LedgerX Volatility Index (LXVX) and while not tradable for now, will be available soon.

The index is designed to aid investors and also to give a quick overview of the current market climate, something very much needed in the often confusing world of crypto trading.

According to Juthica Chou, LedgerX’s president and chief risk officer, there is a significant need for a volatility Index for cryptocurrency just as one exists for traditional assets.

“A volatility index tells you the expected certainty that the market is forecasting … That’s what it tells you with respect to any market,” she said.

Chou previously worked at Goldman Sachs as a volatility trader and thus, knows firsthand how important it is for assets. According to her, traditional assets have one, in form of the VIX, and the crypto industry needs its own.

The LXVX will act as  “a bitcoin fear index”. It will do so by leveraging regulated Bitcoin options that have been traded by institutions in the past year.

By doing this, the index will show the amount of volatility or fear in the industry. According to sources at LedgerX, the index would be down 20 percent since the beginning of 2019.

“If you look basically since the start of the year, the LXVX is down about 20 percent so it’s down to about 68, and … this is still approximately three times the volatility of the stock market but it’s very telling in the bitcoin space because it shows that there is less of the fear and uncertainty than what existed in December,” Chou said.

The cryptocurrency market is infamous for being a volatile one. After reaching a high of $19,000 per bitcoin in late 2017, there were many who expected a similar soaring in value at the end of 2019.

Having a tool such as a volatility index could help traders gauge the current market climate and thus, make better-informed decisions.