Miami’s Mayor Still Believes in Bitcoin Despite the FTX Debacle 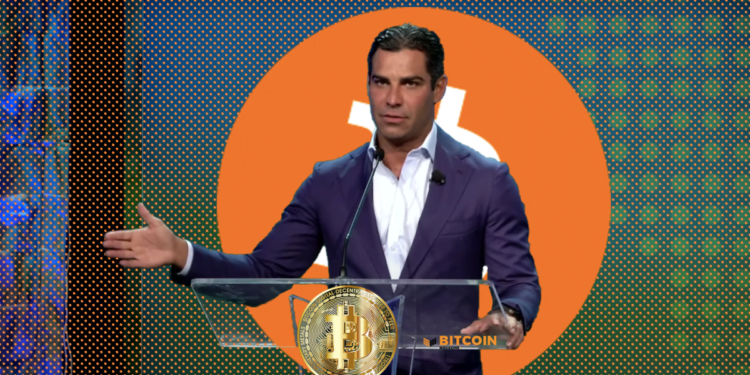 Miami’s Mayor is Bitcoin-optimistic. Mayor Francis Suarez remains committed to Bitcoin despite the bankruptcy of one of the world’s top crypto exchanges, which undermined the overall industry credibility. The mayor noted that Bitcoin can still offer various advantages that the fiat currency system cannot.

Suarez was asked during a recent interview with CNBC if he thinks authorities were responsible for enabling the FTX debacle to fester and eventually blow. Certain industry heavyweights, including Coinbase CEO Brian Armstrong, have attributed the fiasco to unregulated markets abroad to a lack of regulatory clarity in the United States. However, Suarez chose not to point the finger.

He said: “When people lose money, and things don’t go the way that they expect, everyone wants to blame someone. We live in a capitalist country, where people risk capital. Sometimes it works out for them, sometimes it doesn’t.”

Suarez’s passion for Bitcoin stems in part from his confidence in its ability to popularize free market concepts over the globe. In December 2021, he asserted that Bitcoin’s resistance to monetary devaluation may eliminate communism on the earth, empower individuals, and democratize their options.

Some have even used this characteristic to speculate that Bitcoin could overtake the fiat currency, which Suarez’s interviewer deemed “ridiculous.” Suarez refused to support this argument, but he recognized Bitcoin’s strengths over the fiat currency system. Among these include the blockchain’s capacity to create “efficient transactions” and aid in international money transfers.

Talking about the crypto winter and FTX collapse, he said: “Well, I think everybody who invested in FTX wishes that they had clarity as to what was going on, certainly behind the scenes. I think some of the smartest people in the investment world that were on their cap table and did, presumably, extensive due diligence and have more sophisticated due diligence tools than we have, were duped.”

Mayor Francisco Suarez also disclosed that despite Bitcoin’s dramatic decline from its all-time high, he continues to receive his salary in the cryptocurrency. The mayor of Miami began collecting Bitcoin salaries for the first time in late 2021.