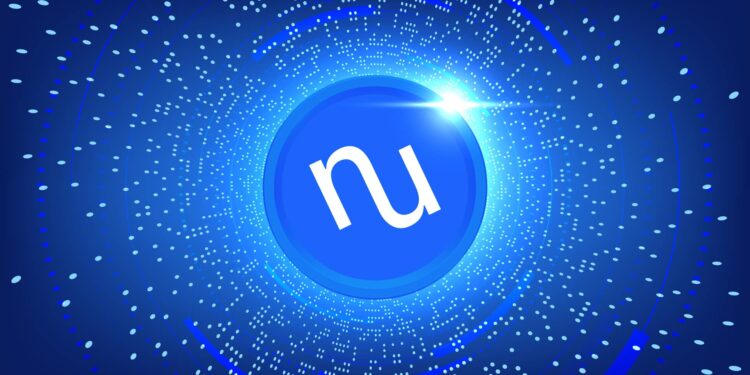 NuCypher may skyrocket in the near future. According to our Nucypher price prediction, the NU coin may bring new highs in the price chart.

The current downturn of the crypto market still brings bullish hopes to investors as projects like NuCypher put enough promises and efforts to stand out among several cryptocurrencies. NuCypher is continuously upbringing new technologies in the blockchain space and making a constant upward rise in the price chart. However, the recent crypto winter has plunged NuCypher hard to the bottom levels, confusing investors in making proper investment decisions. Our NuCypher price prediction aims to provide its project analysis, future trading prices, and technical analysis so that you can consider NuCypher whether to add it to your crypto portfolio or not.

NuCypher is an advanced blockchain solution that implements the cryptographic framework, which offers tight security and an extra privacy layer for decentralized applications (dApps) and public mainnet. NuCypher allows blockchain developers to share, store and manage private information across multiple blockchains while allowing developers to run sensitive documentation across several apps. NuCypher is based on the Ethereum network that integrates a decentralized key management system, encryption, and access control service that eliminates the issues a user faces while storing data.

The NuCypher network was co-founded by and developed by Michael Egorov and MacLane Wilkison in 2015. NuCypher mainly provides two main features to its users: Dynamic access control and Secret management. Dynamic access control has the ability to grant and revoke access to sensitive information, whereas secret management acts as a vault where sensitive information like passwords and private keys are stored. This goal is achieved with the help of ‘Umbral’ and ‘Ursula,’ where the former is known as the encryption scheme of NuCypher and later is a network of operating nodes. Let’s find out the current details of NuCypher to clarify our NuCypher price prediction better.

The NuCypher network has also recently merged with the KEEP Network to form the Threshold Network. The team commented, “The Threshold Network powers user sovereignty on the public blockchain. It provides a decentralized network of nodes that perform threshold cryptography operations as a service to ensure full control over your digital assets.”

NuCypher had a rollercoaster journey in the past, and it is essential for investors to know about its price history to get a rough idea about its future prices and potential. However, it is to be noted that price history is not an indicator of our NuCypher price prediction.

NU coin went live in the crypto market with a trading value of $0.2023 on 16 October 2020. Like other cryptocurrencies during the launch, NuCypher made a sharp decline and reached $0.1 on 24 October. However, the digital asset ignited a fresh bullish trend by the end of November and reached a yearly high of $0.3 on 5 December.

In 2021, the NU token extended its bullish momentum further as it reached a price of $0.23 on 20 January. After trading in a bullish consolidated zone for a month, NuCypher’s price skyrocketed and touched a high of $0.96 on 22 February. However, the NU coin made a massive downward correction as it reached the bottom at $0.17 on 21 July. The crypto boom in 2021 pushed several cryptocurrencies to their all-time highs, and the NU token was no exception. NuCypher witnessed a massive upward rally in September and sparked a bull run.

On 7 September, the token hit $0.47 as buyers started accumulating the coin due to its robust fundamentals. NU coin made further upward momentum and rose exponentially by touching its all-time high of $3.58 on 15 October. After that, the coin fell dramatically and reached $0.7 on 22 December. NuCypher triggered a bearish trend by the end of 2021, and it got worse in 2022.

In 2022, NuCypher accelerated its bearish momentum due to the pandemic and crypto winter that plunged leading assets like Bitcoin to their fundamental support level. In March, NU fell from a high of $0.61 to a low of $0.4 and continued its bearish trend further. The coin reached $0.33 on 1 May and $0.14 in the same month. NU coin has been trading in a bearish territory of $0.15 since then without any significant upward breakout.

Since its bearish trend that kicked off in May this year, NuCypher has been struggling to make an upward push, creating suspense in its future price movements. Hence, our NuCypher technical analysis aims to bring an in-depth analysis of the NU coin to get a clear view of its price movements for future investments.

According to CoinMarketCap, NU currently trades at $0.15 with a downtrend of 1.64%. Looking at the daily price chart of NuCypher, our technical analysis reveals a short-term bullish rally for NU before making a bearish retracement near its 61.8% Fib retracement. After the decision of the Fed’s interest rate hike by 75 basis points, NU made a fresh breakout above its EMA-20 and EMA-50 trend lines and made a high of $0.1573. The Balance of Power is also trading in positive territory at 0.32, supporting the current bullish trend of the NU coin. The BoP indicator shows the current price sentiment of a cryptocurrency, where a value above 0 is considered as bullish and below 0 signals bears’ domination.

The RSI-14 is making positive moves as it has surged from a level of 39 to 51, hinting at a continuation of the current bullish trend. SMA-100 and MACD are also gaining an upward pace, which can bring a slight relief to investors. However, the NU coin may have a price drop if the daily RSI level falls below 40-level. Moreover, the Bollinger bands are forming a wide range in the price chart as the upper limit is at $0.16, an immediate resistance level for NU. If NuCypher breaks this level and holds its price above $0.18, it can surge to its strong resistance level of $0.23. Conversely, a price drop may take place if NU drops below its Bollinger band’s lower limit, which is at $0.14. If the NU coin falls below $0.136, it can slump hard and trade below $0.11.

According to our NuCypher price prediction for 2022, NuCypher is predicted to attain a maximum value of $0.17 with an average trading price of $0.16. Our technical analysis reveals that NuCypher can go as low as $0.15.

NuCypher platform boasts of developing robust and overwhelming fundamentals. Our NuCypher price prediction for 2024 predicts that the token will continue its bullish momentum, and NuCypher will likely achieve a maximum price level of $0.39. NuCypher might record a low of $0.32, with an average trading price of $0.33.

NuCypher may witness an exponential rise in 2026 and bring an excellent return on investment to its long-term holders. Our NuCypher price prediction for 2026 expects a maximum price of $0.84 with an average trading price of $0.72. NuCypher may trade at a minimum value of $0.70.

The crypto market is fuelling a bullish comeback and is expected to skyrocket in the next few years. Our NuCypher price prediction for 2027 suggests that NuCypher may reach a maximum price of $1.21. NuCypher may trade at an average price of $1 with a minimum value of $0.97.

Our NuCypher price prediction for 2028 states that NuCypher may touch a maximum price of $1.66 and an average trading price of $1.39. The minimum value for the NuCypher cryptocurrency is predicted to hit $1.34.

In the upcoming years, NuCypher may attract powerful partnerships due to its solid fundamentals and can push its price to the North. Our NuCypher price prediction for 2029 expects a maximum price for this coin to be $2.37 and a minimum price of $1.95. NuCypher may reach an average value of $2.02.

Depending upon the future market sentiments, we can see a maximum price level of $3.43 with an average trading price of $2.96. However, NuCypher is projected to hit a minimum value of $2.86 by the end of 2030.

According to Wallet Investor’s NuCypher price prediction, “a long-term increase in the value is anticipated. The price forecast for the year 2027 suggests the value might be around $1.990. Investing in NU virtual currencies might happen to be a great addition to your portfolio.”

NuCypher price prediction by GOV Capital states, “NuCypher has a lot of potential for making money. The price is not going to fall as per the forecasts. The maximum price is anticipated to be $14.836 in a 5-year forecast.”

Is NuCypher A Good Investment? When Should You Buy?

NuCypher has been a lucrative profit option for its long-term holders, and it has proved to be a flagship project with its inspiring module. So far, the NU coin has given a great return on investment and is aiming to bring new highs in the price chart in the future, as our NuCypher price prediction is bullish. A price range of $0.11 may be an excellent buying opportunity which can bring massive returns during the bull run.

NU coin is one of those cryptos that has maintained its momentum during the crypto winter and showed less volatility compared to others. NuCypher is an essential tool for building decentralized applications more conveniently. Decentralized applications are usually built on Ethereum, as it provides a decentralized platform on which the network can run. However, investors are advised to do their own research and conduct experts’ opinions before investing in a volatile asset.