Polygon and Axelar Collaborate to Spread out Polygon Supernets’ Interoperability 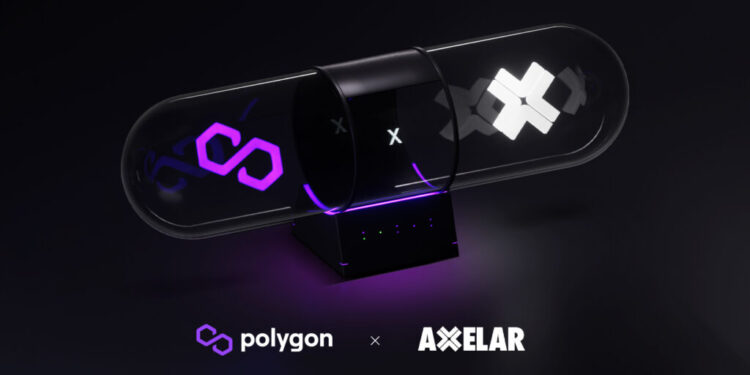 A collaboration has been carried out between Polygon as well as Axelar network (known as a protected communication layer to link Web3 ecosystems). The purpose of this partnership is to improve the communications between Polygon Supernets. The technology of Polygon Supernets permits the development of scalable, customizable, and application-specific blockchain networks.

One of the early adopters of Polygon “Axelar” will permit the consumers of the decentralized applications (DApps) to securely transact their assets from and to Supernets as well as the rest of the associated chains in seconds. The Supernet chains provide rapid consumer experience with very economic gas charges contrary to the rest of the existing L2s and L1s, as stated by Axelar’s co-founder Sergey Gorbunov.

Consequently, consumers can conveniently utilize and shift their non-fungible tokens (NFTs) and currencies throughout diverse Supernet chains. This would offer multiple possibilities related to a Web3 ecosystem containing several chains. Polygon Edge is responsible for powering the Polygon Supernets. It is a blockchain stack specified for developing networks that are carefully organized for specific requirements without any compromise on performance and security.

Edge, in collaboration with Axelar, is placed to turn into the chief infrastructure needed for devoted EVM blockchains’ interoperable internet. The relation of Axelar with Web3 is just like Stripe for internet and mobile applications. With it, the connection between the Supernets is possible along with the permission for the developers to construct Polygon Edge-based decentralized applications with access to functionality and liquidity throughout the Web3 world.

To guarantee a convenient experience of onboarding, Axelar offers support to its developers. In this respect, the local gas tokens of the developers will be taken seamlessly by Polygon Supernets rapidly from the wallet of the customer on Polygon or Ethereum. The SDK of Axelar will let the decentralized applications develop the deposit addresses for one time. This counts as chain-agnostic onboarding just as that offered on the behalf of centralized exchanges.

Apart from that, smooth liquidity pathways are provided between Supernets. The developers do not require to have a separate decentralized exchange (DEX) in the case of each Supernet. Each of the Supernets can join Axelar just in a few days. after having the respective integration, the decentralized applications can comfortably interact with the entirety of the linked chains through normal API requests.

Polygon (MATIC) Rises by 6.5% as Nubank Choses Polygon Supernets for Its Blockchain

Most recently, following the start of a partnership between Nubank (a fintech firm based in Brazil) and Polygon, the local token of Polygon (MATIC) has surged by approximately 6.5%. Nubank declared that it has chosen the Supernets technology of Polygon for Nucoin (its native token) and the blockchain thereof.

Nubank wants to airdrop its digital token to the clients in the next year’s 1st half, as noted in the formal declaration of the platform. The venue added that the respective tokens will play the role of a basis for Nubank’s loyalty rewards project for the consumers in addition to the advantages discounts and so on.