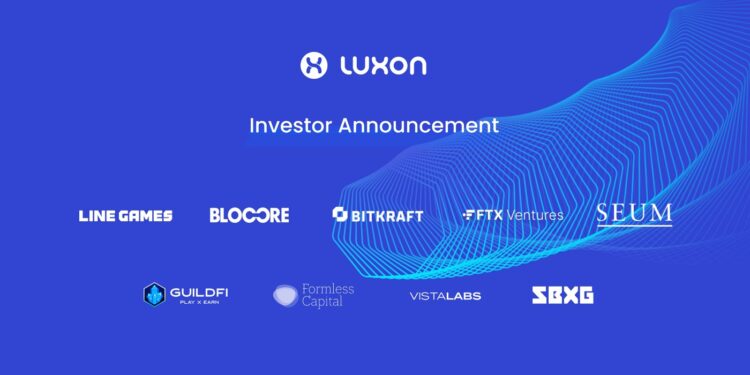 LUXON, a blockchain game venue based on Polygon, has obtained up to $10.8 million in earnings and won an affiliation with LINE Games while attempting to enter the Web3 world and facilitate the developers and gamers by releasing an excellent blockchain-based game and making it a part of a sustainable economy and ecosystem.

$10.8M Collected by LUXON in Funding for Web3 Games

Polygon Studios (a firm focused on developing Metaverse, Gaming, and NFT projects) shared the news on its official channel on Twitter adding that the platform gives great importance to developing games in which there is considerable utilization of NFTs through collectible characters as well as the rest of such objects. The name of the initial game to be created on the venue was named as “Desperado B218: The Scars of Exos”.

The venue describes the game as comprising of an NFT-centric RPG gameplay where the players can enjoy turn-based fantasy fights. The platform also disclosed that they will utilize the investment to keep on making additional development into the web portal of LUXON along with concentrating on the game development. According to the company, the 1st game is planned to be introduced within the present year.

LINE Games, a game publisher, and developer based in South Korea, declared on 9th August that Nerdystar (a uniquely established investment firm under it) earned investment of up to $5.8M to transform conventional games into the ecosystem of Web3. The funding round witnessed SBXG, Sium, VistaLabs, Formless Capital, GuildFi, FTX Ventures, and BITKRAFT Ventures as its members. Polygon platform will be utilized by Nerdystar for the publication of Web3-based games.

This funding round counts as the 2nd one conducted by Line Games, with cumulative funding of nearly $11M. As per the formal press release of the venue, the release of the initial game to be introduced on the web portal of Luxon will take place in 2022’s later period. The chief objective of Nerdystar is to permit the players to gain ownership over the games that are played by them, in addition, to providing the rights of traders, players, and providers to the gamers existing in the ecosystem.

A cumulative number of 100 artists and developers has become a part of Nerdystar and a majority of them have shifted from Oozoo Studios of LINE Games to be devoted to the games based on Web3. Alan Huh, the CEO of Nerdystar, commented on the respective investment saying that with the experience and insights acquired from above 10 years of effectively operating within the industry of games, Nerdystar does not consider engaging gameplay as an afterthought.

He moved on to say that their focus is to allure the audience of conventional gaming to have extra ownership and they would not require sacrificing the quality of the game. Though Nerdystar is categorized as a unique firm in the world of Web3, its key posts contain skilled participants with an experience of more than 10 years.