Pulsar AMM to be Launched for Beta Testing on 3rd Jan 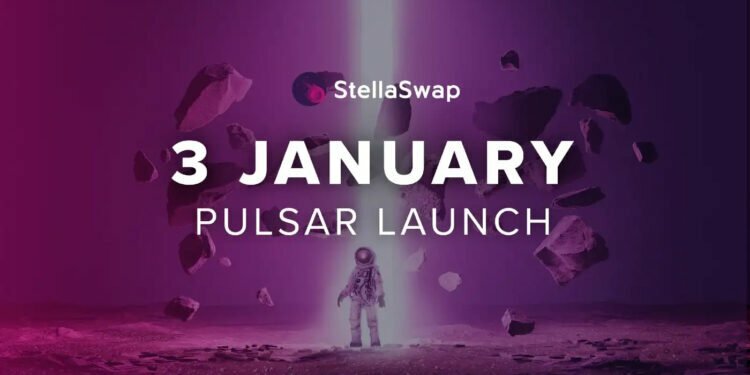 It’s time to welcome a brand-new era of fast trade and abundant liquidity. Pulsar, the first AMM on Polkadot and Moonbeam that focuses on liquidity, is now available. On January 3, 2023, they will begin with a limited beta for whitelisted customers.

StellaSwap’s current hybrid DEX is made much better by Pulsar, which takes advantage of the potential of centralized liquidity to make trading and providing liquidity more effective. Users of Pulsar will get the best asset prices, the least amount of slippage, and the highest possible returns on LP stakeholder investments.

As the first step in putting out Pulsar, there will be a limited beta test for about two weeks. They want to make Pulsar available to the general public when that timeframe has passed. A total of 165 people who have signed up for the beta whitelist will take part in the closed beta.

To improve the efficiency of the platform, the beta would be split into two groups;

Within the next 72 hours, all customers who have been whitelisted will get an email inviting them to join a private Discord channel where they can report any problems they run into while using the beta. Beta-testers will get the following;

As the public release date gets closer, more information will be shared about Pulsar farms’ emission structure and the list of farms that will be available on Pulsar. During the beta phase, they will prepare Pulsar for its mainnet debut. During this period, focused liquidity findings and discoveries will be revealed.