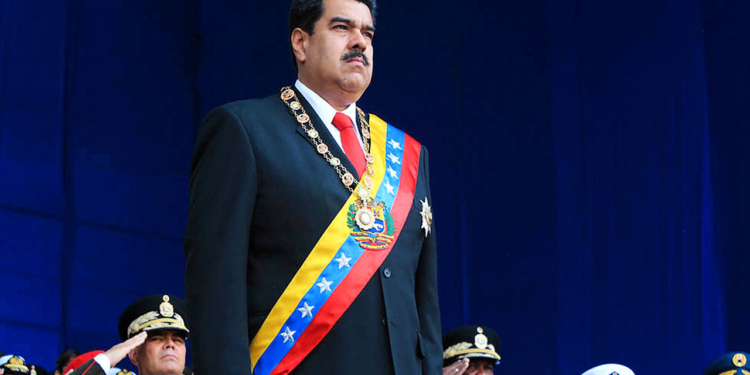 The mysterious new petro cryptocurrency to which Venezuela has pegged the bolívar may not exist, according to an exclusive report by Reuters. And the oil backing it up appears to be a lie as well.

The South American country which has been suffering from hyperinflation since November 2016 is quickly seeing its economy unravel, with workers and businesses alike being loathed to hold bolívars any longer than necessary, with some even turning to cryptocurrencies to escape the inflation.

It is now two weeks since president Maduro devalued the bolívar by 95% in an attempt to keep inflation in check – a measure which so far appears to have been a predictable failure, and the new ‘petro’ to which the bolívar was pegged has not been introduced.

A Stablecoin as a National Currency?

It is a workable idea in theory – the US Tether is a stablecoin that is worth exactly $1 because if you return it to the printer you can exchange it for one US dollar. The Venezuelan petro is similarly presented as being backed by the oil in the Venezuelan region Atapirire – all five billion barrels of it, supposedly.

The price of oil changes, of course, making it not perfect for a stable coin, but oil will be with us for a while yet, making it in theory not very different from the days when, in countries like the US, fiat money was not fiat, but backed by gold. And no matter how oil may fluctuate, it would be a damn sight better than the hyperinflation the country suffers now.

Unfortunately, it seems Maduro has been building castles in the air. According to a special report by Reuters, who sent reporters into the field, the site of the supposed oil field is isolated wilderness, with only small villages and towns in disrepair surrounding it, nor are there any signs that preparations are being made to extract the oil.

According to experts in the oil industry, with all the new infrastructure and work needed, it would cost at least 20 billion dollars to extract the oil, money which president Maduro does not have. At the same time, analysis of the petro’s blockchain shows that it does not appear to work, and indeed is not being used as a currency. The bolívar being pegged to it, therefore, cannot possibly be sustained, even as political fiction. Sometimes you really can spot a scam when you see it, and the petro is it.