Ripple to Get Relisted on Coinbase? U.S. Crypto Exchange Supports It in SEC Lawsuit 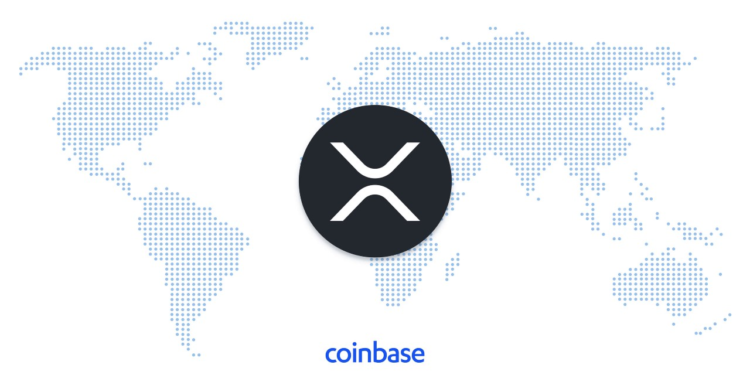 The top American crypto exchange Coinbase has filed an application to be permitted to play the role of a friend-of-court during the current lawsuit being fought between the crypto exchange Ripple Labs as well as the U.S. regulatory agency the Securities and Exchange Commission (SEC). Coinbase is collaborating with a lobbyist in the industry “Blockchain Association,” an application for crypto payments “SpendTheBits,” and a lawyer John Deaton to assist Ripple in the case.

This lawsuit was filed by the SEC against the crypto exchange in 2020 accusing it of selling the local token XRP in the form of a security that was not registered. The exchange pointed out whether a “fair notice” was provided by the petitioner in advance of starting the enforcement action, indicating a common complaint that clear guidance has not been offered by the regulator to the businesses.

Coinbase argued that the regulator does not have proper rulemaking in the case of the cryptocurrency industry. As per the crypto exchange, the statements made by the SEC have been fluctuating throughout the lawsuit concerning the enforcement approach thereof up till now. This causes insecurity for the entities operating within the space. Apart from that, Coinbase added, the present registration requirements implemented by the SEC in the case of national securities exchange institutions are not adequate for the operations of the venues offering digital assets in the ecosystem.

Nonetheless, the company mentioned, the current requirements of the SEC just permit the broker-dealers to participate in the registered exchanges of the securities. According to the company, this indicates that the retail clients are just allowed to trade their assets on the exchange platforms indirectly via the utilization of the broker-dealers. They imply transfer charges and pose intermediation hazards that the venues offering trading services for digital assets can avoid providing an advantage to the consumers.

The filing further asserted that Ripple as well as the rest of the entities have gone through stringent enforcement scrutiny while the others were not prosecuted despite offering almost similar services or products. The major part of the filing is dealing with the regulatory clarity and that the crypto assets could also be taken just like the conventional securities as most of them do not denote ownership stakes.

Apart from that, it specified, the contemporary registration requirements of the SEC for the local exchanges of the securities are presently inappropriate for activities being performed by the entities dealing with digital assets. Coinbase is the only entity emphasizing that the US regulator should be held responsible for the deficient regulations witnessed across the crypto space.

Coinbase May Relist XRP on Its Exchange

Such strong support for XRP signifies that the American crypto giant is contemplating relisting XRP on its platform. In this respect, it has confronted the other digital assets in its filing, probably referring to the Ether (ETH) and the rest of the proof-of-stake-based tokens. No decision has yet been made by the Commodity Futures Trading Commission (CFTC) or SEC on which of them will take the responsibility to regulate Ether (ETH) and Bitcoin (BTC).

Visa and Crypto.com Team Up to Bring NFT Art to Football Fans Ahead of FIFA World Cup 2022