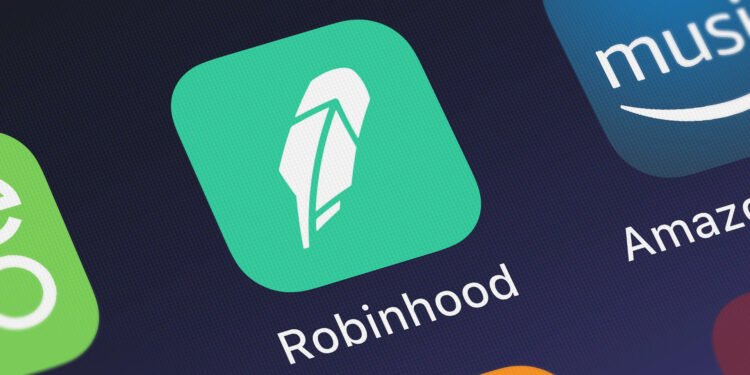 Dogecoin spike crashes Robinhood after a sudden increase in the price of the cryptocurrency Dogecoin, a large number of users attempted to use the popular financial trading app Robinhood on Tuesday morning. During the roughly an hour and a half that users were unable to purchase or sell Dogecoin as the cryptocurrency’s price fluctuated between a record-breaking 40 cents and a record-breaking 60 cents, Robinhood stated on Twitter that the partial outage had been resolved.

Robinhood has a terrible habit of limiting trading at inappropriate times, and this service outage was merely the latest fiasco on the populist-branded platform to raise the ire of customers and critics alike. Glitches happen on trading platforms and apps, but Robinhood has a spotty record of limiting trades at inopportune times.

Although it’s possible that this was just a service interruption rather than a restriction that was purposefully imposed on Robinhood users, it appears that the trading app has missed shot after shot in its attempt to deliver on its big promise to democratize finance. Despite the fact that the app was created with such good intentions for users, it appears to have messed up at every turn.

Did Robinhood Crash Because Of Dogecoin?

During a rise in the price of Dogecoin that drove users to flock to the trading app, Robinhood ran into problems processing cryptocurrency trades. This caused the app to become overloaded with users and eventually, the Dogecoin spike crashes Robinhood. According to the data provided by the website DownDetector, the disruption began about 9:30 a.m. Eastern Standard Time and gradually became less severe during the following hour.

Robinhood admitted that its cryptocurrency trading platform experienced a “partial outage,” but stated that the problems had been fixed as of 11:15 a.m. Eastern Standard Time. The fact that the outage occurred during a period in which values for Dogecoin were rising (and then falling) made it all the more visible. At the beginning of the day, the price of coins was somewhere about $0.40 USD. They broke through the $0.50 USD mark about 8 a.m. Eastern Time and climbed to a peak of $0.60 USD close to 10 a.m. Eastern Time.

The surge of the meme coin came amid Tesla CEO Elon Musk reflecting on his support for Dogecoin on Twitter yet again. Meanwhile, on Twitter, users were quick to vent their dissatisfaction with the app, perceiving it as a repetition of the issue that occurred in January when Robinhood halted trading on buzzy stocks that were climbing, such as GameStop and AMC. A notice was sent out to users of the platform this morning informing them that they are experiencing occasional troubles with crypto trading.

The platform stated that they are striving to find a solution to this problem as quickly as they possibly can. In the meantime, the price ticker on Dogecoin maintained its quick flipping between higher and lower values. Hence, the Dogecoin spike crashes Robinhood as users flocked to the cryptocurrency trading platform Robinhood in order to begin purchasing or selling their investments in digital assets.

After the platform was completely restored, Robinhood said in a statement: “Crypto trading is now fully restored. We know some customers may have experienced intermittent issues earlier. We’ll continue to monitor the situation closely and we’re sorry if you were impacted. Please contact us if you have outstanding issues.”

While the Dogecoin spike crashes Robinhood, this is not the first crypto training outage on Robinhood. Within the past few weeks, Robinhood has had two separate outages due to issues involving the cryptocurrency Dogecoin. On April 16th, Robinhood published an article stating that sporadic crypto order failures were caused by the excitement around Dogecoin. During that time period, the company issued a statement that these disruptions are not acceptable to the platform.

According to reports, this is the second time in the past two weeks that Robinhood has experienced an outage involving cryptocurrency. If crypto holders had access to other markets where they could buy or sell Dogecoin or other currencies, this situation wouldn’t be nearly as problematic. However, because using Robinhood is one of the most accessible and prevalent ways to do so, even a brief outage at a period of time when prices are volatile can have a tremendous impact on the cryptocurrency market as a whole.

This influence on the market was made abundantly obvious when Robinhood aggressively froze the stocks of its users during the Wall Street Bets scandal. This action ruined the reputation of the trading platform and spurred politicians to ask for official investigations into what had happened that led to the trading outage on the platform. It is anyone’s estimate as to whether or not Robinhood will be able to regain the trust of its users.

As the Dogecoin spike crashes Robinhood, many have started to speculate whether trading on Robinhood is like doing gambling. The thing is that by removing many of the barriers to entry, Robinhood has made it possible for virtually anyone to start trading stocks or cryptocurrencies on their own. But this also means that issues with Robinhood might affect markets, since it may be the only method that a large number of traders who are following a buzzy asset have to place a buy or sell order.

This means that any disruptions to the service could have a negative impact. Famous investor and billionaire Warren Buffett stated earlier in the week that using stock-trading apps such as Robinhood is analogous to gambling with one’s money in a casino. He said that the use of these apps has made it simpler to invest, which has resulted in an experience not dissimilar to that of gambling at a slot machine.

According to an interview that Buffett gave with CNBC, he believes that the Robinhood app has become a very big element of the gambling aspect, as well as the casino group of people that has joined the stock market in the past year or year and a half. Not only Buffett, but many market participants are also now talking about this issue, especially after the Dogecoin spike crashes Robinhood.

The similarities between Wall Street and gambling have been known for a long time, but Robinhood demonstrates that this analogy is more applicable than ever. This is due to the fact that the gambling power lies in the fact that it gives individuals the impression that gambling their money away is merely a game. When gamblers insert coins into slot machines, they are rewarded with a variety of different sensory features, such as ambiance lighting, entertaining noises, and other fun stimuli.

In a similar vein, the Robinhood app is so easy and simple to use that it more closely resembles an exciting video game than it does a serious investment tool. Robinhood app’s color palette of red and green is related to mood, with green having a relaxing impact, whereas red increases arousal, anger, and negative emotions. When new user makes their first three investments, joyous confetti falls from the top of the screen.

This gives the impression that picking stocks is similar to playing a game of fun lottery where you scratch off the winning ticket. However, in the same way that people can lose a significant amount of money gambling in a casino, the same thing can happen when you trade stocks and bonds, and the results can often be catastrophic.