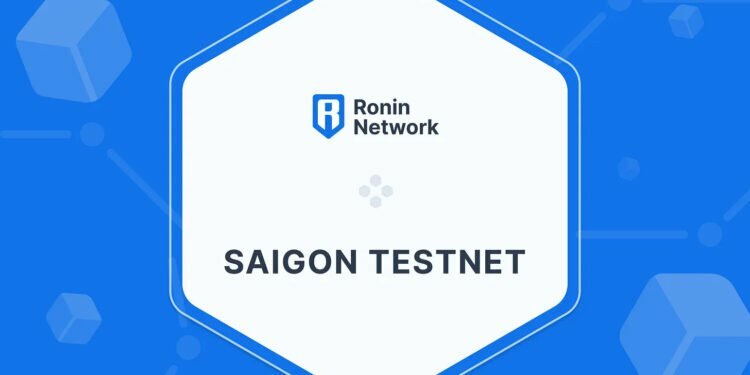 Ronin has declared to launch Saigon Testenet for creators. It is a testnet devoted to developers and builders. With Saigon testnet, any developer can deploy smart contracts. Saigon is an open testnet and its launch can make it easy for developers to deploy and test smart contracts. This launch takes Ronin to the next level of its venture. The company announced this move as a great development in its progress.

Ronin stated that the firm is going through the procedure of updating and upgrading its consensus mechanism. Eventually, the venue intends to transform into proof-of-stake (PoS). This signifies that shortly the developers will be enabled to stake their RON tokens via a validator. For their assistance to shield the network, they will also receive rewards, the firm added. The platform has also arranged for this with the utilization of a dashboard. This will onboard the validators in Saigon.

In addition to this, Ronin has a dashboard to allow consumers to stake RON tokens. To do this, they can move to their preferred validator. The company also mentioned that for the elevation of decentralization its strategy is analogous to BNB smart chain. Thus, it would shift from proof-of-authority (PoA) to proof-of-staked-authority (PoSA). As per Ronin, it is a mixture of delegated proof-of-stake (DPoS) and PoA.

In this mechanism, the token holders utilize their stake for voting and electing the set of validators. Then the validators play a significant role in developing a PoA manner, just like the Clique consensus model of Ethereum. While discussing the staking process, the firm revealed that the token holders are eligible to have the candidature to become validators. The requirement for a validator candidacy is the staking of a minimum of up to 500,000 RON tokens.

The implementation of the staking would take place on the next day. The prominent ten candidates for validators in terms of the top staked amount would be part of the validator group. In the case of rewards, twenty-five percent of Ronin’s cumulative supply (nearly 1B tokens) is specified for rewards. At present, with Saigon, developers are permitted to have integration between Ronin wallets as well as the Ronin bridge contracts. Apart from that, they can also deploy ERC721 and ERC20 tokens.