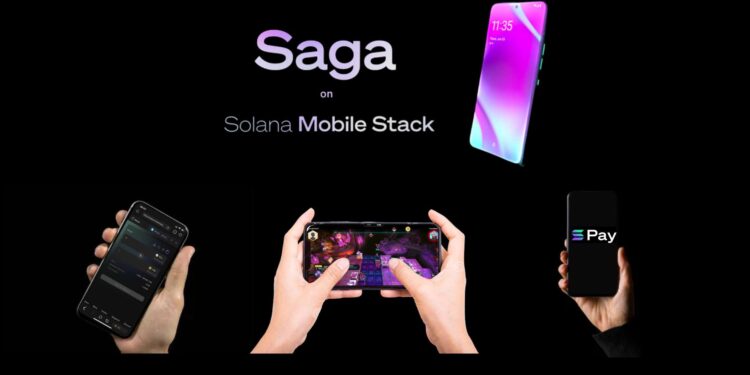 Solana Mobile, a sub-branch of the tech giant Solana Labs, has declared the availability of the DVT-1 for pre-order. This product is known as the developer-based beta version of Saga Phone (the Web3-based smartphone). In the current fall, the venue will deliver a cumulative amount of up to 3,500 DVT-1s. The price of the phone is $1,000 and the purchasers can utilize a credit card or $USDC to pre-order the product.

Solana Labs introduced Saga Phone less than a couple of months ago. With the exclusive feature of being operated on Web3 technology, the product has gained a lot of attention among the decentralized community. The phone is backed by the blockchain of the Solana network. The respective mobile phone was constructed while focusing on the security as well as convenience of consumers while they transact and manage digital assets across the Web3 world.

Anatoly Yakovenko, the co-founder of Solana Labs, remarked on the respective development and anticipated that a large number of consumers will adopt the phone. He added that nearly 7B people around the globe are those who utilize mobile phone technology whereas more than 100M people possess digital assets. In his words, the respective statistics are going to be altered to a great extent during the next years.

As per him, the chief driving force behind Web3 adoption will be the products like Saga Phone (which are compatible with the Web3 sector) after gaining the attention of the common masses. Raj Gokal, the Solana co-founder, mentioned that the name “Saga” was selected by them because presently the crypto space is still in its initial phase. According to the co-founder, people will get better options after the integration of crypto into handy devices such as mobile phones.

Saga Phone to Take Web3 to Every Pocket

Yakovenko additionally disclosed that the chief target of Saga Phone was to enhance the experience related to Web3-based products like non-fungible tokens (NFTs). He moved on to say that the interaction between the crypto consumers as well as the newly emerging offerings will become a lot more convenient with the utilization of saga Phone.

After the launch of Saga Phone, the community responded with mixed sentiments. Most of the community participants were in the favor of the product and a few even drew a comparison between Apple and Saga. In this respect, Yakovenko explained that using Saga to deal with crypto will just work as Apple Pay and there will be no need for the clients to remember the entirety of the details of their cards for a transfer.

Nonetheless, there were a few community members who took this occasion as an opportunity to criticize the network of Solana while referring to its repeatedly occurring outages. It was witnessed in the initial days of June that the network went through its 5th outage within the present year. Hence, a few argued that the developers of the network should focus their resources and time on maintaining the network rather than constructing new mobile phones.