The Smurfs Partner with ZenGo to Enter the Web3 Realm 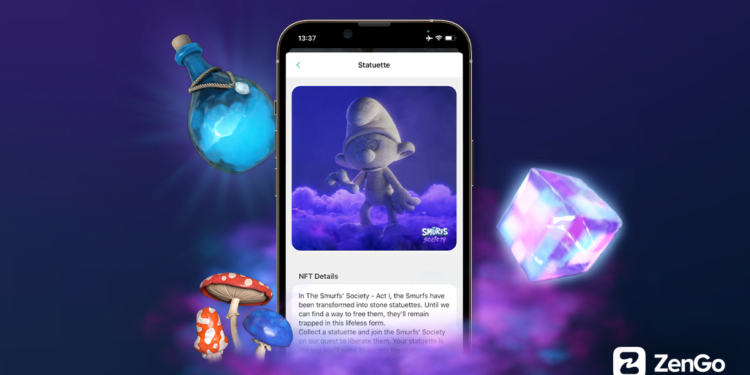 The Smurfs, one of the world’s most well-known and widely recognized brands, will be joining Web3, and they have decided to use ZenGo as their preferred wallet. ZenGo will make that process secure and simple by ensuring a seamless, flawless onboarding process — whether users are new to Web3 or native crypto-natives. The Smurfs’ Society will introduce long-standing fans to their first blockchain gaming experience, and ZenGo will make that possible.

ZenGo is a mobile, non-custodial cryptocurrency wallet. It dispenses with the use of private keys in favor of threshold signatures in order to generate two “mathematical secret shares”; one of these shares is kept on your mobile device, and the other is kept on their servers. As a result, there is no single point of failure, and there is no chance of irretrievably losing your money in the event that your wallet is lost or hacked. It’s an intriguing new approach to getting rid of seed phrases, and it works rather well.

Making ZenGo the Best Partner for The Smurfs’ Foray into Web3

The use of blockchain technology in gaming might usher in an altogether new era of ownership, control, and empowerment. Every gamer has the potential to uncover a deeper level of worth than ever before by collecting, purchasing, trading, and creating NFTs. However, in spite of all of Web3’s assurances that users will retain self-custody and control over their data, the ecosystem itself contains a great number of security flaws.

The majority of cryptocurrency wallets perform a poor job of assisting customers in protecting their assets, which resulted in over $3 billion worth of cryptocurrencies being hacked or stolen in Web3 transactions in 2022. In light of this, the Smurfs’ Society team has decided that ZenGo is the best wallet for them to employ.

Talking about the partnership, The Smurfs’ Society Team said: “We’re delighted to partner with ZenGo as the only self-custodial wallet powered by MPC instead of private keys. Given ZenGo’s security features, including no seed phrase vulnerability and a built-in Web3 Firewall, ZenGo was the obvious choice to protect our community against scam transactions. This set ZenGo far apart from other wallets, making ZenGo the best partner for the Smurfs’ first foray into Web3.”

The Smurfs is one of the first established brands to dive into Web3 with their own game, despite the fact that several blockchain games have had meteoric rises in popularity since the year 2021. The Smurfs have paved the road for other businesses to engage with consumers through a sense of true ownership by developing a game that already has an audience that is enthusiastic about it. The Smurfs make it possible for all players to feel like they are a part of the community by including NFTs in the game.

Players of Smurfs will be able to enjoy completing quests, brewing potions, and freeing the Smurfs from the clutches of evil without having to go through the typically complex process of onboarding to a Web3 game. ZenGo clients will also have the opportunity to save the Smurfs from Gargamel while claiming a unique, free NFT through their wallets, receiving game asset NFT airdrops, viewing and managing them in their NFT galleries, and having fun with all of these features.

In addition, using a ZenGo wallet to sell their NFTs or swap potions is one of the easiest things a player could ever do in this game. This is in accordance with one of the core ideas not only of blockchain gaming but also of Web3 in general, and that premise is ownership and decentralization. The community, as opposed to the companies alone, eventually becomes the proprietor of the content that it appreciates.

Over the course of the past year, we have witnessed a large number of well-known household brands and celebrities establish their very own experiences on Web3 and introduce crypto to their devoted followers. Starbucks has for a long time operated a loyalty program for caffeine junkies. Recently, however, Starbucks created a loyalty program called Starbucks Odyssey with Polygon to reward customers with digital collectibles.

This program focuses on sustainability. In the spring of this past year, Louis Vuitton released a new NFT game for its customers who wish to own digital LV products in the Metaverse. At the same time, Budweiser released a collection of 1936 digital cans to commemorate the year the company was founded. ZenGo is recognized to be the logical choice for businesses that are looking to make the shift to Web3, while keeping it simple for users who do not have experience with cryptocurrency.

This is because ZenGo will be entering into several intriguing partnerships with leading global brands within the next few months. Companies who launch with ZenGo may onboard their customers to Web3 in an easy and secure manner since ZenGo is the most secure cryptocurrency wallet available. It is self-custodial, powered by MPC, and there is no seed phrase vulnerability. 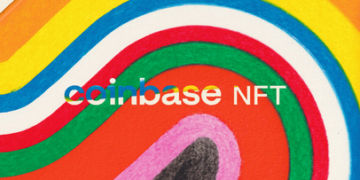