The Status of Crypto in the Sports Industry 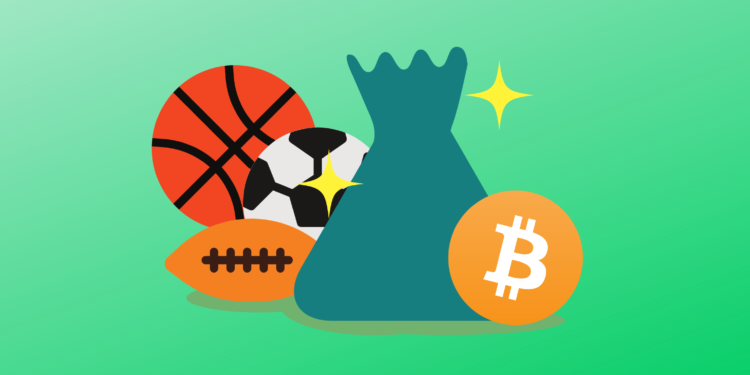 Sports as a sector has realized the potential to enhance fan participation, attract sponsors, and engage the global market in ways that nobody thought of before for cryptocurrencies and blockchain technologies. In the new digital age, teams, clubs, and sporting organizations come up with innovations to satisfy supporters’ demands.

The industry recognizes the capacity of blockchain to revolutionize revenue sources and fan experience by increasing crypto-sponsorships, fan tokens, fungible tokens (“NFTs”), or even blockchain suppliers entering the market. The sports business has become a mouthpiece of the legitimacy and credibility of Bitcoin. That itself speaks of the growing popularity of cryptocurrencies in the sports industry.

The Dallas Mavericks were the first to start accepting crypto payments when Mark Cuban got 5Miles as the team’s sponsor. By doing this, Cuban did not just stop at showcasing his open-mindedness when it comes to technology. He has also made a global statement through an elite platform like the NBA in the sports industry.

The use of crypto in the sports department is still in a very nascent stage. However, this move continues to boost the global industry’s confidence. It was the first-ever move in this direction. It has further opened doors for other crypto players to enter this space in the future.

Soccer fans are going crazy for the fan tokens that have started coming up as the cryptocurrency world keeps growing.

Fans can purchase fan tokens from their favourite football teams thanks to the Chiliz project. These Fan Tokens also have voting rights, among other things, for decisions on kit designs and training names. For fans, this is revolutionary in how their favourite team works.

Chiliz is regularly doing fan token dealings with other clubs worldwide. In the coming weeks and months, Socios.com expects hundreds of such agreements. Meanwhile, the cities of Manchester, Atletico Madrid, AC Milan, and Galatasaray are among others that are already in the process of reproducing (or surpassing) the PSG success.

The Manchester City Football Club teamed with Socios.com to offer $CITY fan tokens. Fans can earn incentives, access promotions, play mobile games using the tokens, and vote at the club’s polls. FC Barcelona, Juventus, AC Milan, and Paris Saint-Germain are some clubs that have formed agreements with Socios. It was the first club in the United Kingdom, though.

Other teams that partnered with Socios.com are Paris Saint-Germain and Juventus. The $PSG and $JUV fan tokens are on the main Binance, Paribu, and Upbit exchanges worldwide. Several renowned sports companies, including FC Barcelona, Atlético de Madrid, AS Roma, İstanbul Başakşehir, and e-sports organizations, such as Heretics, NAVI, and the Alliance.

The FC Barcelona Fan Token (BAR) token for FC Barcelona allows FC Barcelona fans to play a token role in decision-making by using the socio app and services. The token is a membership key that enables users of club recognition and more to compete for unique prizes.

In less than two hours after selling on Chiliz Exchange, FC Barcelona ($BAR) collected US$1.3 million. Fan tokens of $BAR have been sold in 106 countries.

Fans are established by a Token Offering (FTO) and distributed between fans (similar to the concept of an ICO). In contrast to an Initial Public Offering (IPO), fan tokens are not shares held in any sporting team, but the enterprise nonetheless makes a considerable profit.

At the end of December, Russell Okung, an offensive lineman from Carolina Panthers, notified the public that he received half of his $13 million in Bitcoin payments. Okung, too, decided at the appropriate moment because it was just $180 million in compensation that the National Football League (NFL) capped.

Seeing it from another angle, some individuals now believe that Okung is today’s highest-salary satoshi NFL player. He became the first NFL player to ask for payment in Bitcoin and set the trend.

Jacksonville Jaguars Quarterback, Trevor Lawrence, decided to invest its entire signature bonus in various cryptocurrencies such as Bitcoin and Ethereum.

Sean Culkin, an NFL player, came next. This year, he announced his decision to convert his whole $920,000 pay from a one-year arrangement with the Kansas City leaders to Bitcoin cryptocurrency. Despite Bitcoin’s decrease lately over 50 percent of its $64,802 record high, Culkin says he’ll keep and accumulate the crypto.

One of the first cryptocurrency marketing initiatives was a sponsorship agreement inked in December 2014 between the US-bitcoin payment processor BitPay and ESPN events. The annual postseason football match for universities in the USA, St. Petersburg Bowl, has also been sponsored by BitPay to encourage Bitcoin.

Aston Martin Cognizant Formula One recently joined a cryptocurrency company in March 2021 as the first Formula One Team to work with the organization. Crypto.com has more than ten million active users and will undoubtedly earn additional brand exposure in competitions worldwide in Aston Martin F1 cars.

Many of Europe’s most prominent teams have developed a Blockchain solution that enables fans to communicate with the team using token-powered devices. Sports clubs should be aware of the threats this new technology presents, despite the increase in digital currency interest. The value of crypto assets is still fluctuating, and the legal and regulatory environment remains unsettled despite the remarkable growth.

The lack of consistency in that field will force sports companies to provide for the avoidance of saving money in the case of fluctuations in valuations. The increase of crypto-assets, however, gives the sporting world opportunities and excitement.