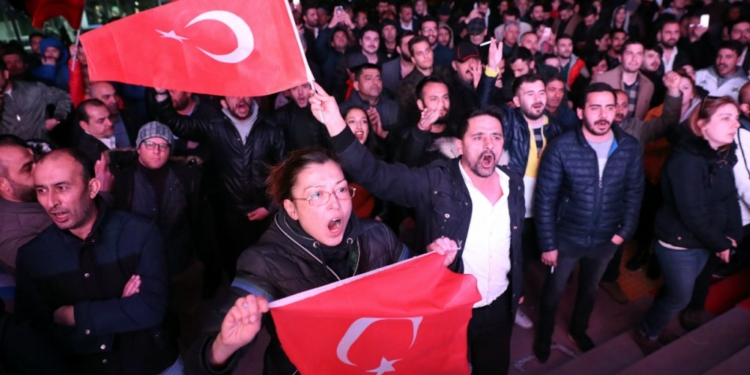 Political strongholds rise and fall all the time and for Turkey’s president, Recep Tayyip Erdoğan, it seems a fall might be near.

This comes after it was reported on April 1, 2019, that the Justice and Development Party (AKP), his party, has lost control of Ankara, the capital of Turkey, in the recent local elections. This loss isn’t limited only to Ankara as Istanbul, the commercial capital of the country appears to be favoring the opposition party as suggested by early poll results.

For over 25 years, the Justice and Development Party had dominance in the capital city but now, it has come to an end with the victory of the People’s Republican party (CHP) mayoral candidate, Mansur Yavaş.

The History of Erdogan

Recep Tayyip Erdogan had been the Prime minister of Turkey for 11 years before becoming the president in 2014. While he is now mostly seen as an authoritarian leader, he once had the reputation of being a modern symbol of democracy in the country.

In the first few years after his party came into power in the country, the Turkish parliament established a number of reforms such as ones for human rights. This was, at the time, seen as a move by the government to become better integrated with the rest of Europe, even as they joined the European Union.

This time of peace was not to last as in the most recent years, Turkey has been the subject of much controversy surrounding its human rights violations, autocratic leadership and so on. This was in stark contrast to the behavior of the early 2000s and created an environment of increasing resentment towards the government. This reached its peak in 2016 when there was a failed coup after which Erdogan went after those he thought to be his enemies.

In the midst of its political issues, Turkey has seen the value of its currency, the Lira, fall tremendously with inflation sitting at 20 percent.

Suspiciously, Turkey has one of the largest government holdings in cryptocurrency in all of Europe, something it has in common with North Korea and Venezuela, which are also struggling with an authoritarian regime. In a survey, about 18 percent of Turkish citizens reported that they owned some amount of cryptocurrency.

The follows a noticeable pattern of politically and economically-distressed countries turning to cryptocurrency for some form of relief.