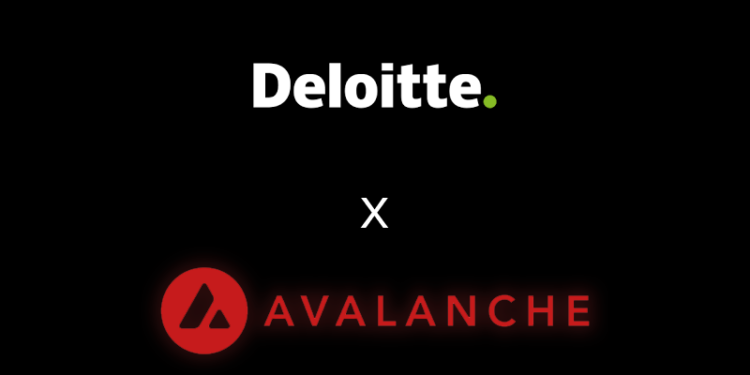 Deloitte provides audit, consulting, tax and advisory services to 90% of the Fortune 500.Deloitte is partnering with Ava Labs to use the Avalanche blockchain in a new disaster recovery platform. Close As You Go (CAYG), designed to simplify reimbursements for natural disaster victims.

“Using the Avalanche blockchain, CAYG’s cloud-based platform provides state and local officials with a decentralized, transparent and cost-efficient system that empowers both grantmakers and funding recipients while minimizing fraud, waste and abuse.”

Alex Haseley is Deloitte & Touche LLP, and Deloitte’s government and public services crisis management portfolio leader. He says: “When disaster strikes a community, state and local officials must act swiftly and deliberately to respond,” Haseley said. The Deloitte executive added: “Our new Close As You Go platform can play a critical role in helping these leaders be prepared to aggregate and validate the documentation necessary to demonstrate eligibility for funding and reduce the risk of adverse audit findings down the road.”

Avalanche is a competitor to Ethereum. It provides a blockchain network for building decentralized finance (DeFi) applications. Users spend its Avax tokens in order to facilitate services and transactions. Deloitte is a major provider of financial advisory and consulting services. The company also opting to build projects on Avalanche is a promising sign. If more major projects continue to be built on the Avalanche blockchain it should drive the price of the Avax token higher.

A pseudonymous market analyst has recently tweeted to indicate its long-term bullish outlook for Avalanche. The analyst also highlighted that Deloitte’s partnership with the blockchain network would enable more exponential partnerships. The analyst further cited that it can be difficult to grasp the scope of AVAX. As well as added that the project has witnessed incredible growth despite launching a blockchain.