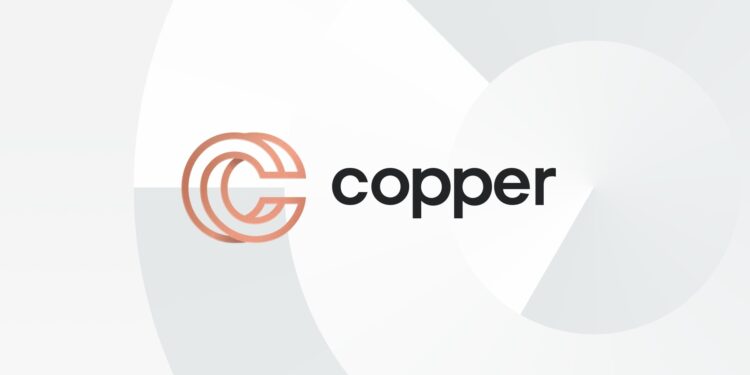 Reportedly, the UK-based global banking behemoth Barclays has invested in crypto custody provider Copper’s newest fundraising, bringing to a successful conclusion lengthy talks with participants in the round that had been postponed since November. Barclays has invested an unknown sum that is likely to be in the millions of dollars as part of this round of funding. Within the next few days, it is anticipated that the raise will be approved in its final form.

This brings an end to a delay of more than nine months to Copper’s $500 million Series C investment round, during which the company had sought a $3 billion value. That sum has been brought down to $2 billion as a result of a falling cryptocurrency market and dwindling investor enthusiasm. Back in 2015, Barclays became the first bank in the United Kingdom to show support for cryptocurrencies, specifically Bitcoin, by encouraging charitable organizations to accept the emerging asset class as a form of donation. The relationship between the bank and the sector has always been stormy, and one example of this is when the bank refused to provide its services to the dominant trading companies Binance and Coinbase.

Copper’s Bout With the UK’s Regulators

Copper’s dispute with the Financial Conduct Authority of the United Kingdom over that country’s Temporary Registration Regime caused delays, which complicated investor procedures, particularly those with recurrent investor Tiger Global. Copper established a hub in Zug, Switzerland, in March, after cooperation with major traditional custodian State Street. This came as a response to the UK financial watchdog’s policy, which obliged digital asset service providers to request interim registrations in order to continue operating. During this time, concerns regarding this guideline reached a boiling point.

Copper is a financial services company that caters to institutional investors and was established in 2018 by Dmitry Tokarev. Copper offers custody, prime broking, and settlement services. In June of the previous year, the company successfully completed a Series B investment round in which it raised $50 million. The company’s valuation at the time was not disclosed. Copper offers institutional investors a route into the field of crypto assets by providing custody, trading, and settlement solutions across 450 different crypto assets and more than 45 different exchanges. The flagship product of the company is called ClearLoop, and it is a framework that unites all of the existing exchanges in the world into a single, safe trading loop, allowing for real-time settlement across numerous networks.

Copper, which has connections to Philip Hammond, a key adviser and investor in the firm, had been in discussions for nine months prior to its $500 million Series C investment round and had sought a $3 billion valuation for the company. The company has also attracted investors from other organizations such as LocalGlobe, Dawn Capital, and MMC Ventures, to name a few.

After establishing itself in the crypto-friendly environment of Zug in Switzerland and forming a collaboration with State Street, the company recently ran into a snag as a result of a policy mandated by the FCA that requires digital asset service providers to submit an application for temporary registration in order to continue trading. Copper made the decision in April 2022 to recruit a group of executives from Bank of America to assist in the development of a prime brokerage business. Michael Roberts is now the leader of the new team. He comes from Bank of America Merrill Lynch, where he was a managing director and the Emea head of the bank’s prime platform, and he brings the better part of two decades’ worth of experience to his new post.

Adam Groom and Paul Barham, both of whom had previously served as directors of BAML and who had most recently overseen relationship management and product development, respectively, for BAML’s core platform in Emea, were also present with Roberts at this meeting. Ben Carr and Ross Budgen are two members of the senior team that provide support and bring expertise in product development, account management, and analytics, respectively.