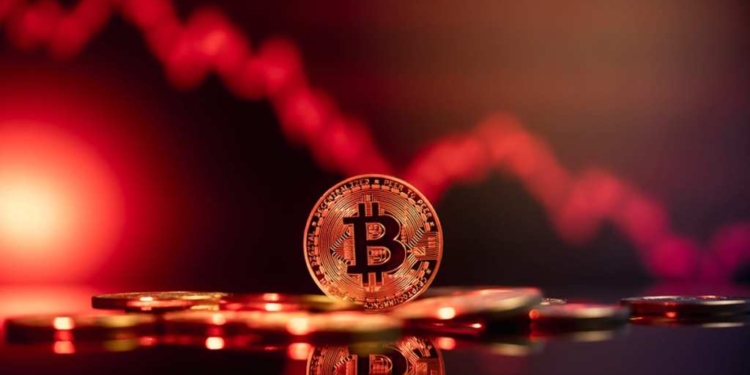 Why did Bitcoin crash $10K today? Probably because of the liquidation of over-leveraged positions on the futures market, according to experts.

Today was a strange day for Bitcoin. For the first time in its history, a country adopted it as legal tender, bitcoiners organized a campaign to buy BTC to celebrate El Salvador’s move. The markets were highly optimistic with BTC approaching $53K and in a matter of hours BTC had its worst crash in months.

What happened? No one has the answer, but according to the experts, the futures market could be largely to blame.

What is The Futures Market?

To understand the influence in this drop it is essential to know how the futures market works.

The futures market is an auction market. Which parties agree to exchange an asset for delivery on a specified future date. In this case, traders exchange contracts representing Bitcoin as the underlying asset. Thus opening the way for many options and investment strategies.

One of those strategies is leverage trading. In which a person offers their own funds as collateral and the exchange lends them a much larger amount of money. For example, if someone trades 1 BTC at 100X, by putting one Bitcoin on the exchange, they could trade with 100 theoretical Bitcoins. So, with that BTC at 100X, they will get 1 BTC of profit when the price rises from $50K to $50,500.

But it’s not all pretty: if the price drops to a certain percentage, the exchange liquidates the position and keeps the funds deposited as collateral. In the case of 100X, it is enough for the Bitcoin price to fall from $50K to $49,500 for a trader to lose his whole Bitcoin.

Based on the words of many experienced analysts, overleveraged bullish positions triggered Bitcoin’s fall. This has happened before and probably will happen again.

According to CryptoQuant data, the quick drop in Open Interest (the amount of contracts in the market) could have caused this flash crash.

When overconfident, traders tend to take very bullish (or bearish) positions in the futures markets. A slight variation in the spot market (where traders trade with their own resources) could have triggered several liquidation orders. This, in turn, causes a sort of butterfly effect in which more people start selling to get out of their positions, which triggers even more liquidations.

Crypto VizArt, an on-chain Data Analyst at CryptoQuant explains: “The volume of Long Liquidation in less than 1 hour can confirm that this price fluctuation was majorly Futures Market-driven. Considering the massive drop in the Open Interest, it’s expected that a substantial number of high-leverage positions (attributed to inexperienced players) are flushed from the market.”

However, in response to a tweet from Chris Dunn, cryptocurrency analyst Willy Woo didn’t seem too convinced. “Open interest and funding rates were well within norms. There were solid exchange outflows leading up to it. The system was not overly leveraged. This still remains a mystery IMO.”

Willy Woo believes that bullish positions on the futures market were not enough to cause the dump. No matter how leveraged they were. However, any analysis is up for interpretation. As we said in the beginning, there is no such thing as the absolute truth.

Finally, trading is an art that studies multiple factors. Sometimes, especially in the world of cryptocurrencies, markets tend to be inexplicable.