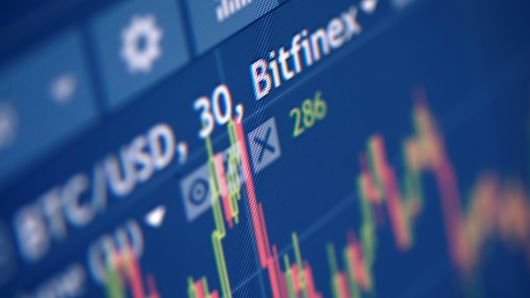 Over the past few days, Bitfinex has been in the spotlight following claims that they are headed for the worst. Rumors surrounding the cryptosphere have it that the firm is facing potential insolvency. The increase in the number of critics, as well as articles circulating, could be the reason that the firm has resolved to break the ice in a blog post earlier in the day.

In the article, they denied all claims of insolvency and went ahead to attack critics, saying that they “are quick to scream insolvency, seemingly with little understanding of what this concept means and what they are generally talking about”.

We Are Not Insolvent

As a proof to declare their solvency, Bitfinex posted a link to their BTC, EOS, and ETH cold wallets. The following are their assets; 1 Billion Bitcoin core, 200 million EOS, and 400 million of ETH.

On the contrary, the post hasn’t waged down the wars as the assets they hold are customer deposits and thus can’t be used to indicate solvency. Most of the firm’s critics agree that the firm holds and controls a considerable amount of crypto assets. However, the question they pose is whether the 2.8 billion of Tether (USDT) in the cycle have dollar deposits backing them.

It’s All Fiction Nothing More

Additionally, the world’s 12th largest crypto exchange firm continues to call the insolvency rumors baseless. Bitfinex said that the rumors are “a targeted campaign based on nothing but fiction.”

Bitfinex also revealed that they are working with HSBC and thus are safe from any happenings at the Noble Bank in Puerto Rico. However, it is imprecise whether the bank is aware of the transactions as Bitfinex is using a private account.

While the company has refuted claims that it is potentially insolvent, it has revealed that they (Bitfinex) have experienced some challenges in the fiat deposits and withdrawals. However, as the complications affect all players in the industry, they continue to reduce stalls that affect these transactions.

Demographic reports on Twitter have been giving rosy advice to Bitfinex’s traders to withdraw their funds before the firm falls completely. However, such a proposition doesn’t have much weight. Additionally, one significant critic, ‘proof of research’ continues to give reports that Bitfinex is not a suitable trading company at the moment. In response to the Bitfinex post, Proof of research says that Bitfinex has withdrawn 34%, 77, 000 bitcoins.

It is unclear why a company such as Bitfinex that has been in the industry for quite some time is facing such troubles in the business. However, until more evidence in unearthed of traders withdrawing their assets in US dollars, everything remains a rumor.