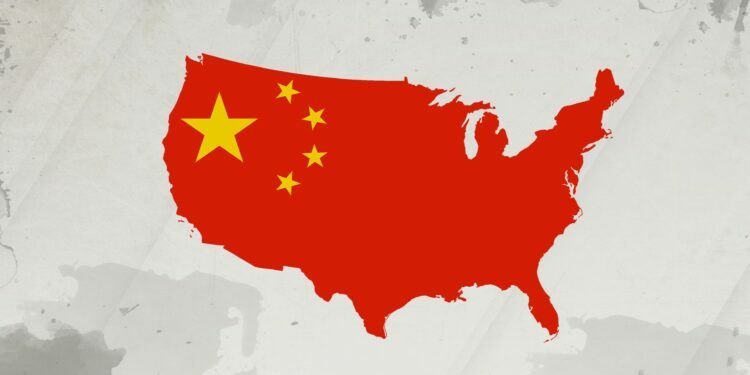 The BSN (Blockchain-based Service), which is a Chinese state-backed blockchain company, intends to spread the span of its activities on an international scale as Beijing moves ahead with the digital ledger enterprise thereof. The BSN provides a one-stop service enabling the consumers to have blockchains deployed into the cloud and there would be no requirement for developing their separate networks.

Yifan, the CEO of the company, informed CNBC that the platform has a strategy to introduce a program dubbed BSN Spartan Network for overseas in this year’s later period. Because of the strict attitude of Beijing authorities toward cryptocurrencies, the BSN is currently not dealing with crypto-related operations as numerous people have previously been expelled from the country in this regard.

There are up to 28 blockchain agendas that operate under the BSN, along with 19 portals. The venue additionally has nearly 25,000 developers as well as 3,000 applications. In recent January, the platform was reportedly operating to develop a system to run CBDCs (central bank digital currencies).

BSN’s Spartan Network To Run Across The Globe

There will be up to 6 open blockchains in the Spartan Network that have no utilization of cryptocurrency, as the report puts it. One of the respective blockchains will be an Ethereum version having no association with ETH as the charges are to be paid in dollars rather than the native currency of the blockchain. Yifan disclosed that the project is focused on minimizing the charges recompensed for the utilization of open chains.

In this way, he added, more conventional IT businesses and systems will be enabled to use the respective chains to serve as a proportion of the systems thereof. At the moment, it is ambiguous if the international firms will shake hands with the system keeping in view the high-level state-based surveillance in China over the entirety of the internet-related things.

Nonetheless, he endeavored to alleviate the apprehensions as he mentioned that the nature of the systems will be that of open-source with immunity against the surveillance and the hindrance from the state authorities. He stated that people will think that as the platform belongs to China, there would be some dangers involved, nevertheless, the venue’s management will not do anything related to surveillance.

The firm is supported on the behalf of the SIC (State Information Center) which is categorized under the omnipresent NDRC (National Development and Reform Commission). The NDRC counts to be a macroeconomic management venue with vast strategic and administrative controls on the economy of the country. Moreover, there are in advance some apprehensions that the digital yuan of China will be utilized to carry out surveillance.

He acknowledged that the Chinese background of BSN poses a great challenge, but after being launched in August, the beginning of the Spartan Network will witness it as an open-source venue. The 3rd-party security companies will be enabled to examine the code guaranteeing that no backdoors remain effective for the Chinese authorities. It has not yet been seen whether the Western firms (that are in advance much more fundamental about doing business with Beijing-based forums) perceive it as sufficient.