Dogecoin Price Prediction: Is the Hype Dead or Is It the Time To Buy Doge Again? 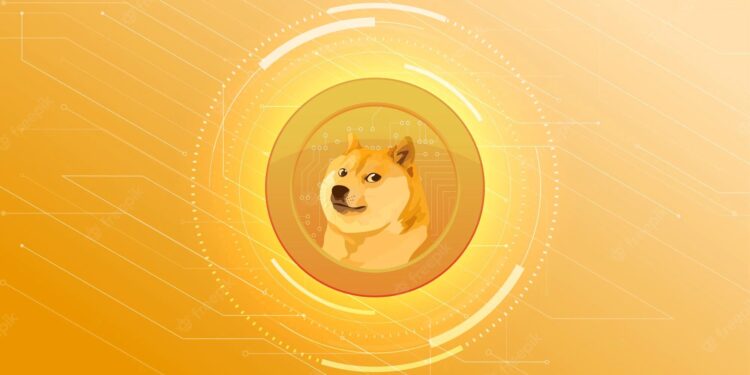 According to our Dogecoin Price Prediction, it looks promising in future as it trades 88% off its all-time highs.

In 2021, Dogecoin was one of the top cryptocurrency performers, and this coin triggered the memecoin rally that peaked in November. Keeping this in mind, what does our Dogecoin price prediction say? Let’s know if this coin is a good investment and what highs it can touch.

Dogecoin: An Overview Of This Memecoin

Isn’t Dogecoin a unique name? It may seem like an anecdote, but this special digital currency’s hype and the journey began initially with its attractive name. This name became a mascot of a Japanese dog breed called Shiba Inu and the popular internet meme ‘DOGE’. After that, this memecoin became hype and rapidly growing in the crypto market with its name “Dogecoin”.

Based on peer-to-peer (P2P) technology, Dogecoin is a completely secure and decentralized cryptocurrency. This open-source cryptocurrency was created by Billy Markus from Portland, Oregon, and Jackson Palmer from Sydney, Australia, and was forked from Litecoin (LTC) in December 2013.

Dogecoin was designed to be an understandable and friendly cryptocurrency that could reach users put off by the cold complexity of Bitcoin. It is an influential coin that is still hype on social media, and never-ending social media hype by retail investors will push this memecoin to overwhelm success.

Tesla CEO Elon Musk has been consistently supporting this coin from the beginning as he thinks it has the potential to outshine the economic infrastructure of the world. The association of Elon Musk with this memecoin led it to an overwhelming success. When this coin faced a downfall due to the market crash, Elon musk made a bullish remark and announced his further support for this memecoin through a Twitter post. Musk likes this memecoin and wants to stay bullish on it.

The main reason that separates Dogecoin from other altcoins in the cryptocurrency market is inflation rather than deflationary cryptocurrency. Bitcoin and other cryptocurrencies are so complex and formulated that they have a hard supply of currencies. The main problem is that when the cap is reached, it may no longer be profitable for potential miners to continue to sustain the system. This leads to higher fees to encourage miners or a delayed transaction process.

Auxiliary proof-of-work (POW) establishes the basis behind the functioning of DOGE, enabling miners to execute Dogecoin transactions by using their computing power to solve complicated equations. When an equation is solved, a new block is added to the Dogecoin network, and the miner is credited with DOGE. This is a continuous decentralized approach to producing new tokens, and the community creates DOGE.

Dogecoin Technical Analysis: On The Way To Recover?

As per our Dogecoin price prediction, this coin might face more volatility by the end of 2022. Despite the storms and crash of the cryptocurrency market, Dogecoin promises a profitable future.

Dogecoin is currently trading near $0.06, and $0.05 is a short-term immediate support level. The important support level is $0.03; we can expect a fall to $0.01 if it breaks support, whereas the immediate and crucial resistance levels are $0.121 and $0.166, respectively.

In May 2021, Dogecoin made an all-time high of $0.7376. After getting continuous celebrity support and also listed on eToro, it is predicted to see significant growth in terms of price in the upcoming months as Elon Musk’s tweet announced that one can buy Tesla Merchandise with Dogecoin.

By the end of 2022, Dogecoin is predicted to cross the $0.08 mark, and it can find its way to recover in upcoming years soon.

Will Dogecoin Ever Hit the $1 Mark?

Due to the current cryptocurrency market crash, data trends, and analyzing past performance, it looks like this memecoin will take a bit longer to hit the $1 mark by the end of 2035.

As per our analysis, Dogecoin is one of the best investment options for the long-term after Elon Musk’s recent tweets about Dogecoin and support from Mark Cuban. You should wait for a short downfall in its price, and $0.05 may be a good deal to invest. You should be aware of its volatility and risk.

Holding Dogecoin for the long term may turn out to be profitable in the future due to its immense support, vast community, and social media hype. More and more people are becoming aware as well as vulnerable about their investments as markets are becoming more and more competitive. With a huge fund driving the crypto market wave and recent developments, Dogecoin’s future may see a considerable surge in its current price. The Dogecoin (DOGE) price is expected to reach a new high of $0.75 in the future.

Is Dogecoin a Safe Investment?

Is Elon Musk The Founder Of DogeCoin?

Short answer, NO. Elon Musk is not the founder of Dogecoin, he only seems to love the coin and would love to support it. Dogecoin was founded by Billy Markus from Portland, Oregon, and Jackson Palmer from Sydney, Australia.

What is The Auxiliary Proof-Of-Work (PoW)?

This is the act in which a miner uses computational power to mine blocks on multiple chains simultaneously. This act can also be called merge mining. Auxiliary proof-of-work was created to influence the work done on a blockchain as a valid work on another blockchain.