EOS Price Prediction: What Height Will EOS Touch In The Future? 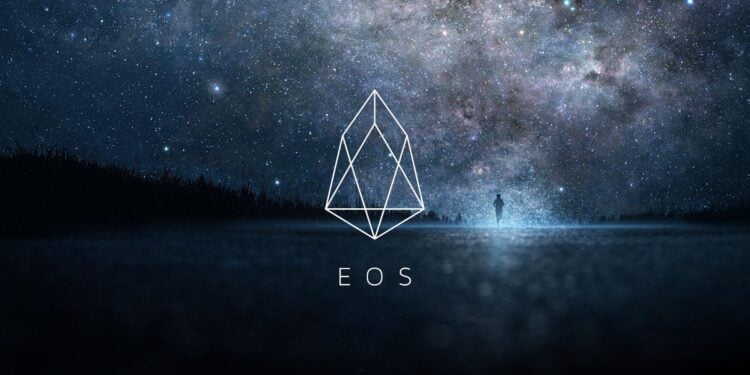 EOS is building a strong momentum and its digital roadmap attracts a wide range of investors. Let’s check out what our EOS price prediction says.

EOS is the native token of EOSIO. It is an open-source blockchain platform that allows the building of decentralized apps (dApps) conveniently and hassle-free. EOS coin was developed by a company called Block.one.

It is a significant player in the cryptosphere, and EOS’s primary rival is thought to be Ethereum, as EOS is having an advantage because of its emphasis on scalability, speed, and flexibility. Furthermore, EOS aims to solve issues with scarce network resources, spamming apps, fraudulent transactions, similar requests, and other issues.

EOS protocol was founded and developed by software programmer Daniel Larimer and entrepreneur Brendan Blumer, who still work in the roles of CTO and CEO, respectively. The company began to work on the project in 2017. Let’s take a look at its current details to get a clear view of our EOS price prediction.

EOS runs on its own proof-of-stake (PoS) blockchain protocol EOS.IO network, which was established specifically to outperform conventional processing and hardware storage, and the network has its own smart contract platform for decentralized apps (dApps) which enables developers to build dApps on the platform quickly.

The EOSIO 2.2.0-rc1 consists of three new features: Read-only Queries, Private Chain Access, and Resource Payer. During its launch, EOS used ERC 20 tokens to distribute the coins raised in the ICO, which eased the ICO process as the ERC 20 token was frequently used and compatible with raising an ICO. Later, all of the ERC 20 tokens were exchanged with native EOISO blockchain tokens, allowing token holders to transact and operate on the network finally. which requires EOS token holders to lock in their coins for more than three days.

The DPoS mechanism allows users a lower entry threshold, which results in more decentralization, more scalability for the network, and less power used.

Recently, World’s biggest search engine, Google, announced that it has partnered with Block.one, to become a block producer for the network. It is one of the attractive and most significant partnerships in the cryptocurrency world to date and will likely further increase EOS’s popularity.

EOS has many projects built on its network, which will likely gain the attention of investors in the future.

In June 2018, the EOS coin officially went live in the market after a year-long Initial Coin Offering (ICO). The ICO raised over $4 billion, despite the prohibition on participation from U.S. investors.

At the time of launch, EOS stood at $1.20, achieving July a brilliantly encouraging $5.48 only to fall to an astounding $0.50 in October. However, with significant assistance from supporters, it started an upward voyage taking it to $12.50 in December 2017 as a whopping 2160% increase.

The coin had tremendous growth last year, and in May 2021, EOS set a new high of $14.88. However, after hitting its initial spike above $14, the coin experienced a continuous decline, and in September 2021, the EOS price retested its previous support of $3.2. Due to covid hitting the market and the recent market crash, EOS has been trading near the bottom line this year.

EOS is currently trading near $1.3 with a market cap of $1,373,927,658. It is currently ranked 45 in terms of market capitalization. The Bollinger band’s upper limit is $3.1. Our EOS price prediction says that EOS can spike to $6 if the resistance level breaks. Conversely, the Bollinger band’s lower limit is $0.81, and if this level breaks, we can see EOS’s price near $0.44. According to our EOS price prediction and analysis, MACD and RSI are indicating a strong bullish momentum for EOS, and we can see a sudden hike in its price soon.

According to Wallet Investor’s EOS price prediction, EOS can be a bad, high-risk 1-year investment option. EOS price equal to 1.371 USD on 2022-08-14, and your current investment may be devalued in the future, but the bull in coin price may be back, pushing the coin to $16 by the end of 2025.

Trading Beast’s EOS price prediction explains that based on a logical algorithm, EOS technical analysis has both short-term rallies and potential long-term advantages. As a result, the long-term price will likely reach $3.93807 by the end of 2022.

Is EOS A Good Investment? When Should You Buy?

Market EOS price prediction supports the long-term earning potential of EOS. EOS can be an excellent choice considering its fundamentals and past performance. According to our EOS price prediction, $0.9 can be a good entry point for a tremendous return on investment in the long run.

EOS is a new example of developing blockchain technology with a long road to go before it proves its worth and transforms various industries. When that occurs, EOS’s full long-term price potential vision will become apparent, and many experts believe that the coin’s future price will have a continuous upper limit considerably above the previous all-time high. Our EOS price prediction suggests investing in the crypto market after researching the coin.