How Blockchain Technology Will Change The World? 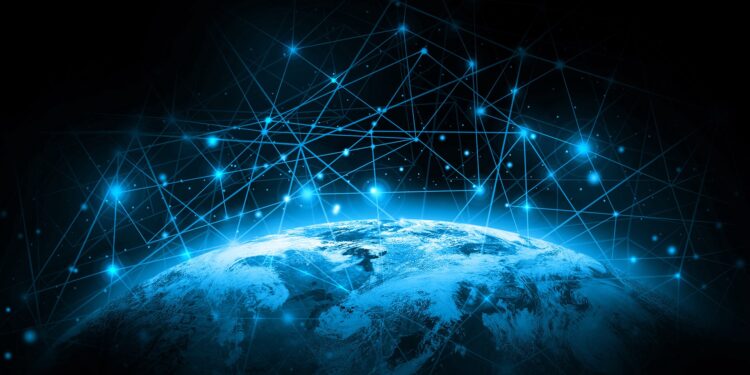 How blockchain will change the world ? Digitalization is expanding and changing the world. If you compare how the world is now to about 10 years ago, you would know the digital era is here. Virtually everyone uses tech nowadays if it’s not a car, it’s a PC if it’s not a PC, it’s a smartphone, if it’s not a smartphone, then you’re at least making use of the Internet in a sort of way. The world keeps turning into a digital tech world each day, and guess what… With blockchain just starting to be a part of the play, well I think our digital world is going to change even more.

A lot of industries around the globe have been doing their thing or investing their way into digitalization. We saw the financial sector starting with virtual credit cards, ATM withdrawals, fintech, and so on, including the healthcare industry. Every industry is now competing its way and building its foundation in the tech or digital world. As people are starting to recognize and adopt the new blockchain technology, I think it is going to transform our digital world. Let’s see how blockchain is evolving our world, and turning it into an even more digitalized world.

But first of, just to scratch the surface of what is blockchain technology.

Blockchain Technology is a public distributed decentralized database or a ledger where transactions and information are recorded. When a transaction is made on the blockchain, it is recorded and distributed to every computer on the network to be aware of. Therefore, making it transparent and unalterable, which eliminates the need to rely on a third party you both trust to complete a transaction. This makes blockchain eliminates any kind of fraud or theft in the system.

What? You weren’t expecting an epistle on the blockchain, were you? Told you we’d just scratch the surface.

Although, blockchain was initially created to facilitate the digital transfer of money — Bitcoin, is a cryptocurrency or digital currency whereby you could make payments digitally. People’s thought on blockchain was that it is there just for financial reasons, that is, making payments and recording crypto transactions. Until people start to figure out there’s more to what blockchains can do.

Let’s look at the applications created on the blockchain technology, that is also helping in evolving our world into a more digital one.

Here is a closer look at the key characteristics that define the blockchain:

A blockchain is built as a peer-to-peer (P2P) network where devices can actively participate in the network. A P2P network lets computers work together to combine their computational power to operate as a single network.

A distributed ledger is another key defining feature of a blockchain. It makes it possible for peers in a network to have copies of the ledger. To ensure that they do not need to download the entire database, advanced techniques are used to maintain consensus within the network. A distributed ledger allows peers to validate information fast without having to rely on a centralized third party. Consequently, it eliminates the possibility of fraud within the network.

A blockchain network offers users a degree of anonymity. The reason for this is that they do not need to use any real email addresses during transactions. Instead, all addresses are randomly generated as a string of random letters and numbers.

All the various features that define a blockchain including the distributed ledger, the hash function, and others, ensure that the data stored on a blockchain cannot be altered. As a result, blockchains are considered immutable.

With the P2P network, all computers, or nodes, have to come to an agreement on what new blocks can be added to the blockchain. To achieve this, blockchains rely on consensus protocols, which are rules defining how new blocks will be created. These rules are hardcoded into the software running on computers within the P2P network. The software ensures that all computers are synchronized when connected to the network and that they come to an agreement at all times.

The Metaverse is a broad term; it is an online or digital space where people could interact with each other in a more immersive way than on a traditional website. The Metaverse is also a blockchain-based public platform, a decentralized open-source ecosystem where users could create applications on it, digitally. Metaverse also, as an open-source blockchain infrastructure, comprises DUI, decentralized wallet, and exchanges to purchase digital assets in the Metaverse. The term “Metaverse” has now been recognized by the blockchain community to describe a Web3 blockchain-based digital world such as Decentr (DEC).

Speaking of smart contracts, guess what’s next on the list…

Smart contract is an autonomous computerized algorithm capable of performing the terms of a contract. The capabilities necessary and the data required to execute a smart contract to execute itself are present in the distributed ledger system. Most smart contracts are developed under the Ethereum network, and when talking about smart contracts, solidity should always chime in. Ethereum is a really popular blockchain network mostly used for anything Baas (blockchain-based application service). Baas is a software service that helps enterprises develop, deploy decentralized applications (dApps), and provide access to the users. It is one of the significant use cases of blockchain technology.

NFTs are a cryptographic unit of data or assets stored on a blockchain with unique identifications that distinguishes them from each other and that can be traded. NFT data units or assets can be associated with photos, videos, audio, and digital files. NFTs can be used variously, they could be for in-game purchases, as rewards for users who create content, as rewards for viewers of content, as rewards for those who participate in a giveaway, and so on. Blockchain enables NFTs to prove ownership or history of ownership, prove scarcity, make all NFTs immutable, and also makes it decentralized — that is, available for everyone to see or use with no limitations.

The Future of The Digital World

As long as blockchain technology is still a part of our evolving digital world, we will only continue to see its impact on our world in a more immersive way. This digitization will affect businesses, industries, banks, and even society as we know it, at an exponential rate. There will be a lot of changes, and the reality of our world will be the change.

The article above has clearly explained how blockchain will change the world. At this point, it is clear that blockchain impact will be felt in every industry in the world, just as the internet transformed all aspects of modern living. A growing movement calls for the use of blockchain for change to make the world a better place. While there are those who are worried about what does blockchain replace, the benefits of transforming the world using the blockchain far outweigh any potential downsides.

How Will Crypto Change The World?

By giving everyone access to real-time data and getting rid of the large institutions, foundations, and businesses that hold onto crucial knowledge, crypto will help us overcome the scientific obstacles we currently face.

Why Crypto Will Succeed?

For instance, the top cryptocurrency Bitcoin provides higher security. Due to its peer-to-peer ledger’s global distribution across millions of computers, known as the blockchain, it cannot be altered. Faster and more effective options include Bitcoin and the blockchain.

What Does Blockchain Replace?

How Does Blockchain Technology Help Organizations When Sharing Data?

A distributed ledger is created by blockchain and can be accessed by numerous networked devices. Users can exchange files and values through a network. Data can be quickly transmitted between businesses because to blockchain’s decentralized structure, which also lets them control who has access.

What Can Blockchain Do?

Blockchain enables Bitcoin and other cryptocurrencies to function decentralized by dispersing its activities across a network of computers. In addition to lowering risk, this also does away with numerous processing and transaction expenses.