What Is Web 3.0 – Definition and Examples

by Max Clark
in Education
0 What is Web 3.0, a definition of the term, and examples of the use of this technology in the crypto world.

As we mention above Web3 is the next version of the internet, with the goal of transferring power away from huge tech corporations and toward ordinary consumers. But let’s dive deeper together and explore potentially generational technology.

Web3 (sometimes referred to as Web 3.0) is a notion for a new version of the World Wide Web based on blockchain technology and including principles like decentralization (DeFi) and token-based economy. Some journalists and engineers have compared it to Web 2.0, which claims that data and information are concentrated in a small group of businesses known as “Big Tech.” Ethereum co-founder Gavin Wood created the title “Web3” in 2014, and cryptocurrency enthusiasts, huge technological corporations, and venture capital firms expressed interest in the concept in 2021.

Through DeFi networks known as blockchains, ownership in Web3 may be represented by digital tokens or cryptocurrencies. For example, if you own enough digital tokens in a certain network, you may be able to influence its functioning or governance. Stockholder voting rights allow shareholders of record in a firm to vote on certain corporate activities in a comparable fashion.

The terms “Web 1.0” and “Web 2.0” relate to different periods in the history of the World Wide Web as it progressed via different technologies and forms. Most websites were static webpages during Web 1.0, which lasted roughly from 1991 to 2004, and the great majority of users were content consumers rather than producers. Web 2.0 is centered on user-created material published to forums, social media and networking sites, blogs, and wikis, among other services, and is founded on the concept of “the web as platform.” Web 2.0 is thought to have started about 2004 and is still going strong today.

Web 3.0 is a word that is often used. Let’s discuss about Web 3.0, which implies that there was a Web 1.0 and Web 2.0. Web 1.0 describes the web experience in the late 1990s, when most websites were static. The Read-Only Web is a term used to describe this period. The data was simply shown with little interaction. With reference to NFTs, Web 3.0, and Web 1.0, Chris Dixon, a well-known entrepreneur and investor, calls this skeuomorphism. He says that we use notions from old technologies to new ones in many new technologies. When we think about Web 1.0, we see websites that resembled newspapers or magazines because that’s what we were used to and what we were used to consuming.

We saw increasingly complicated websites develop as the interactive aspect of the web became obvious. Users have new ways to connect with sites like Yelp and Facebook, as well as the opportunity to quickly develop and contribute content to these sites. One might add a business to Yelp, write a review about it, or leave comments about it. This is Web 2.0, often known as the Read & Write Web. We now have unambiguous digital asset ownership thanks to the rise of blockchain and NFTs. Online 3.0 refers to a means of connecting with the web by using your own digital material. Web 3.0 is sometimes referred to as the Read, Write, and Own web. Users can submit material on existing Web 2.0 properties like Facebook or Twitter, but that content becomes the platform’s property (not user’s). When someone uploads material to a platform, the platform owns it.

Web 1.0 – the earliest stage of the World Wide Web’s evolution. In Web 1.0, there were just a few content providers, with the vast majority of users being content consumers. Personal web sites were prevalent, and they mostly consisted of static pages housed on ISP-owned web servers or free web hosting services. Advertisements on websites while accessing the internet were prohibited in Web 1.0. Ofoto was also an online digital photography website in Web 1.0, where users could save, share, view, and print digital images.

A Web 1.0 site include these elements:

Web 2.0 – websites that emphasize user-generated content, usability, and interoperability for end users all over the world. The participatory social web is another name for Web 2.0. It does not relate to a change in a technical definition, but rather to a change in the way Web pages are built and used. Web 2.0 development employs web browser technologies such as AJAX and JavaScript frameworks. AJAX and JavaScript frameworks have recently become highly popular for developing web 2.0 sites.

A Web 2.0 site include those elements:

Web 3.0 – the transformation of the web into a database is part of the growth of online usage and interaction. It enables the web’s back-end to be upgraded after a long period of focusing on the front-end (Web 2.0 has mainly been about AJAX, tagging, and another front-end user-experience innovation). Online 3.0 is a word that is used to define several different routes of web usage and interaction. In this case, data is shared rather than owned, and various services display different perspectives of the same site / data.

Web 3.0 has a few distinguishing characteristics, despite the lack of a recognized definition:

Diaspora, Mastodon, and PeerTube are decentralized systems that aspire to replace centralized providers like Facebook, Twitter, and YouTube. These systems do not run on a blockchain and do not monetise themselves using tokens, but they nevertheless meet some of the criteria. The broad use of decentralized systems faces major obstacles. Specifically, resolving their usability issues and combating the centralized platforms’ large network effects. Integration with existing systems will be critical for wider adoption.

Many blockchain and Web3 initiatives are built around DAOs, or Decentralized Autonomous Organizations. The Ethereum Foundation gives the following definition of DAOs: “Think of them like an internet-native business that’s collectively owned and managed by its members. They have built-in treasuries that no one has the authority to access without the approval of the group. Decisions are governed by proposals and voting to ensure everyone in the organization has a voice.”

DeFi, refers to anything from DEX (Decentralized Exchange) projects to blockchain-powered peer-to-peer lending networks. DeFi’s initial attraction was that it provided banking-like services to folks who couldn’t get standard banking services. However, if tax laws change, it’s uncertain whether DeFi will continue to be attractive in the Western world.

For investors, Web3 may provide prospects related to DeFi, which might lead to the creation of new markets, similar to what bitcoin and non-fungible tokens have done. Investors may keep an eye out for new transactional infrastructures, such as loan protocols, that have the potential to disrupt the market. Although Web3 may be years away from gaining significant market share, investors and venture capitalists are expected to become increasingly interested as people get more knowledgeable about this upcoming phase of the web.

Investors appear to be gravitating to the emerging—if still somewhat undefined—space, despite the hefty prices. According to Crunchbase data, $17.9 billion was invested in 1,312 blockchain-related firms last year. That figure surpassed the previous high of $4.4 billion in 1,223 agreements set in 2018, as well as the $2.1 billion in 790 deals set in 2020. Investors have spent more than $3.8 billion into businesses in the field in 196 deals so far this year, breaking even with last year’s record pace.

While not every blockchain-related firm calls itself a Web3 startup, Crunchbase data reveals a large increase in investment for startups that use the terms “Web3” and “decentralized web” in their descriptions. Companies that define themselves as Web3 startups received $380 million in 93 agreements the previous year, up from only $20.5 million in 30 deals in 2020. In 34 deals so far this year, investors have invested over $173 million into firms in the field, indicating a growing awareness of the sometimes ill-defined space.

You can also acknowledge few of other Web3 examples which ain’t in the table above: Metaverse, NFT, Blockchain Technology, AI, DAO, Diaspora, Steemit, Augur, OpenSea, Sapien, Uniswap, Everledger. It’s not a secret that many more other projects will integrate Web3 technology in the near future to proceed with a smooth evolutionary step in the society.

BNB Not Available Trust Wallet – How to Buy? 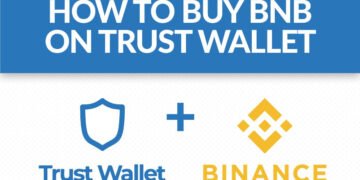 This comprehensive guide explains what to do if BNB not available Trust Wallet and provides an alternative option for purchasing BNB tokens easily.

9 Best Places Where You Can Stake Solana SOL Tokens (2022) 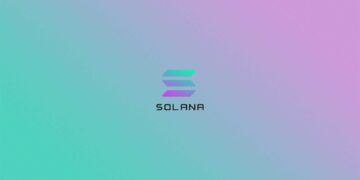 If you are wondering where to stake Solana, this guide reviews the best place where you can stake Solana SOL tokens in 2022 and earn greater rewards. 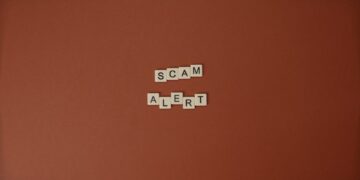 The crypto industry has seen a number of scams and thefts over the years but this cryptocurrency & Bitcoin scammer list 2022 highlights the most major ones. 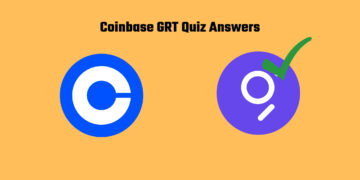 Users can earn GRT rewards on Coinbase after answering the correct answers of the Coinbase quiz. This article lists the answers to the GRT quiz on Coinbase.

How to Get Crypto Heirloom: An Ultimate Beginner’s Guide 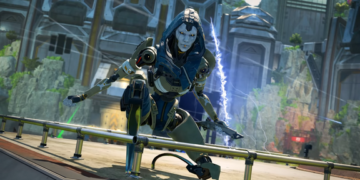 A lot of people use the tool Crypto Heirloom because it enables them to earn cryptocurrency by viewing videos and doing tasks.