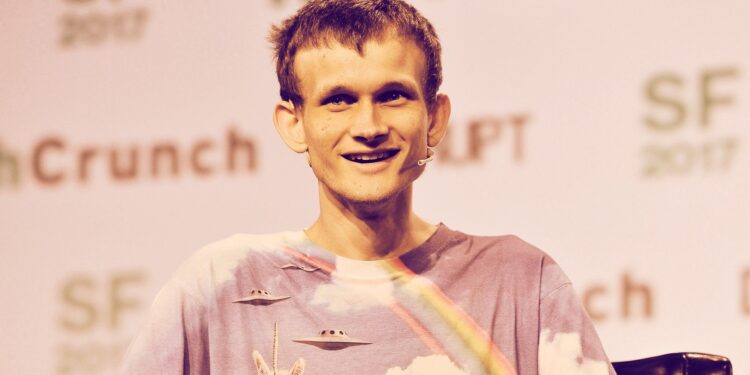 Recently, the co-founder of Ethereum – Vitalik Buterin – has proposed the concept of using ZK-SNARKs for improved privacy. In addition to this, he considers that this would refine the Merkle tree transfer-based proof-of-reserves along with keeping the funds of the consumers in something resembling a validium smart contract. After examining this proposal, Changpeng Zhao – the CEO of Binance – has mentioned that the team of his exchange will carry out this implementation in addition to making it open-source.

For a long time, a lot of efforts had been made by the crypto exchanges to verify that the consumers are not being cheated by them. In this case, MtGox (a crypto exchange) proved to possess funds by executing a transaction that shifted 424242 Bitcoin to an address that was pre-declared, in 2011. After that, some issues were brought to the front regarding the surety of the cumulative size of the deposits made by the consumers.

As per Vitalik Buterin, the easiest method to verify deposits is by publishing a series of pairs containing usernames and balances. In this way, each of the consumers can take a look at the balance as well as the complete list to validate the non-negativity of every balance and that the claimed amount is the actual sum but this is against privacy. In this case, the modified pairs are to be utilized by which the consumers would be provided their statistics privately.

The Merkle tree method is a unique technique comprising the chart of the consumer balances to be placed within a Merkle sum tree. Every among the consumers would be given a Merkle sum proof covering their balance. In this way, the clients would have an assurance that the balance thereof is rightly incorporated into the total. This design has a very minimum chance of privacy leakage as compared with a completely public list.

Ethereum Co-Founder Stresses on the Importance of Proof-of-Reserves

ZK-SNARKs are considered to be a resilient technology. They can be utilized for additional privacy in the case of the proof-of-liabilities protocols. Buterin added that they can prove the non-negativity and the sum of balances with the utilization of a ZK-SNARK devoted to a specific purpose. Buterin added in the end that the centralized and decentralized exchanges would keep on existing and the incorporation of proof-of-reserves is necessary for the custodial exchanges’ safety.

He moved on to explain that a couple of categories of exchanges exist nowadays, including custodial as well as non-custodial exchanges. In his words, the latter class only includes decentralized exchanges such as Uniswap. As per Buterin a lot of centralized exchanges which would be cryptographically constrained may also be a part of the industry in the future.

He mentioned that some technical challenges hinder the development of some fine protocols for both categories. In his opinion, the entirety of the exchanges – at least in the crypto sphere – are moving nearer and nearer to becoming non-custodial.

FTX Releases a Strategic Review Covering the Global Assets Under It