Fantom Price Prediction: Can FTM Be The Savior In This Crypto Winter? 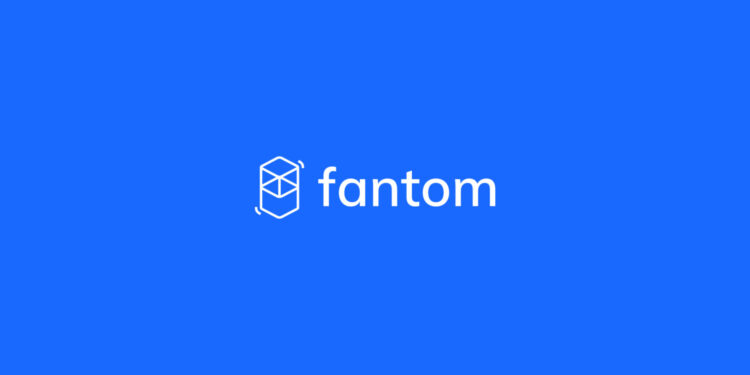 The recent crypto market crash has not spared altcoins at all. Fantom has witnessed noticeable volatility in its price. According to our Fantom price prediction, we can see a price hike soon as its analysis shows promises.

Cryptocurrencies are gaining momentum while fiat currencies are losing their sheen in the recessionary phase of world economies. Blockchain-based cryptocurrencies seem to be ruling the crypto market as decentralized finance (Defi) is becoming the talk of the town for digital assets. Fantom is one of the outperforming coins in the market. It is a regulated token of a directed acyclic graph (DAG) smart contract platform, popular for eliminating the issues related to smart contracts. In 2018, Fantom was launched, but the mainnet OPERA of the forum was released in December 2018. The platform’s creator is Dr Ahn Byung Ik, but Michael Kong is the current CEO of Fantom. Let’s take a look at Fantom’s current details.

Fantom’s mainnet has a unique feature which is the Lachesis mechanism, a revolutionary aBFT consensus mechanism. Being a layer one blockchain, Fantom uses the consensus mechanism well as an independent layer. The protocol provides transcending Layer1 to Opera, massive security, and Fantom’s EVM-compatible smart contract chain. It is also responsible for 2-second transaction finalization and brings several improvements to the existing proof-of-stake (PoS) consensus infrastructure, and this capability can be expanded further. As the transaction speed is exceptionally high, it eliminates the possibility of network congestion. Transaction fees are also significantly lower than any other network. In addition, the network’s Hyperblocks subsidiary runs validators that help secure the Fantom blockchain. As an alternative to Ethereum, a Byzantine Fault Tolerance (BFT) consensus helps to authenticate transactions.

With its EVM integration and implementing the Solidity programming language, Fantom’s smart contracts allow blockchain developers to interact with Ethereum applications while enjoying the massive efficiency of Fantom.

Fantom’s ability to integrate security, speed, and decentralization in one network is phenomenal. FTM’s design is the perfect recipe for attention and growth in a crowded crypto market.

Fantom foundation has announced many collaborations and partnerships. Companies can build Fantom-based permission/private blockchain networks using its plug-and-play feature. Fantom has recently rolled out a huge upgrade called Go Opera, which is an invaluable contribution to the blockchain. Fantom has collaborated with Oracles Chainlink to deploy more secure and scalable DeFi products, such as synthetic assets and stablecoins. Fantom has also shaken hands with Band Protocol for real-time on-chain data. Another significant collaboration was struck with Graph QL API, enabling data querying. Fantom has also tied up with crypto exchange giants such as Binance, FTX, Gate.io, Gemini, Bitstamp, and Kraken to accelerate the sale and purchase of the Fantom token.

FTM price was bearish during the starting phase, which made some investors lose a significant amount of funds; however, the price soon turned bullish. In May 2019, prices fell to depths of $0.02 once again. After consolidating in this zone for a while, prices dipped further towards $0.003 and continued to fall. FTM maintained its bearish prices until the start of the 2020 bull run. The bull run boosted the price action even more. The prices once again touched $0.02, and it remained bullish. In 2021, the prices turned even more bullish as the Fantom price began its journey towards the $1 mark, maintaining its upward trajectory to the current price range of $1.98 and $2.2 in February 2022. FTM made all-time high levels of $0.916 in May 2021. At that time, the market cap was about $476 million. In September, FTM dropped again to $0.98 before reaching another all-time high at $2.33. Prices turned bearish again and lowered to $2.02 in October before finally reaching their all-time high of $3.48.

Fantom’s current price is trading near $0.33 with a current market cap of $852,779,871. The Bollinger band’s upper limit is $0.35, a strong resistance in the price chart. Conversely, the Bollinger band’s lower limit is $0.2, a crucial support for its future prices. If one of the resistance or support levels breaks, we can see a price hike to $0.4 or a sharp fall to $0.1. However, the MACD and RSI are showing bullish momentum next, so we can expect a price increase soon.

According to Wallet Investor’s FTM analysis, a long-term increase is expected. The price prognosis for 2026 is $13.345. With a 5-year investment, the revenue is expected to be around +467.4%.

Is Fantom A Good Investment? When Can You Enter?

Obviously! FTM can prove to be a viable investment decision for the long-term earning potential. It can be a valuable and sustainable source of income. As FTM is collaborating with the market giants, it promises a great future ahead. A price of $0.3 can be a good entry point for a great ROI.

A network where security and speed meet decentralization would chart the way to the future of the blockchain. Fantom is constantly improving its fundamentals which will place it at the top in the future. Its robust and high bandwidth technology makes it one of the favourite tokens for significant future price growth in the DeFi sector. However, it is advised to take experts’ opinions and research before investing in it.