Floki Inu Price Prediction: Can This Memecoin Surpass Its ATH? 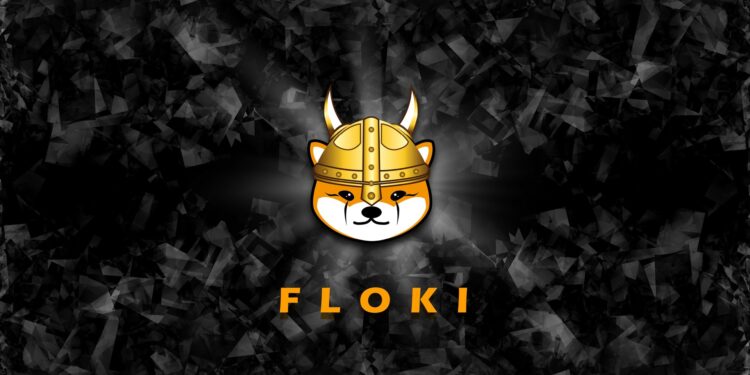 Floki Inu aims to become the “most meme’d crypto-asset.” Let’s know about its future potential and prices from our Floki Inu price prediction.

Floki Inu is a part of a family of memecoins, created as a fork of Shiba Inu in August 2020. This community-owned memecoin stands out from other coins because it creates meaningful utilities for the crypto community. The members of Floki are referred to as Floki Vikings. Floki’s team core members include Dr. Amanda Kavner, Mr. Brown Whale, and Jackie Xu. Floki network follows the footsteps of a famous memecoin, Shiba Inu, which has an active and significant community.

FLOKI is an ERC 20 token built on the Ethereum blockchain. This coin made its venture into the crypto market in the summer of 2021, after billionaire Elon Musk, Tesla CEO and Dogecoin enthusiast, had bought one of the coins of the Japanese breed of dogs called Shiba Inu and called it Floki. Floki Inu provides accessibilities and opportunities to the users instead of hedge funds and venture capitalists. As a result, Floki aims to become the most popular and utilized coin in the crypto world. Let’s take a quick look to clarify our Floki Inu Price Prediction better.

The Floki coin is the native token of the Floki Inu ecosystem. The Floki Inu protocol is primarily secured using two different types of tokens: an ERC-20 token on the Ethereum Blockchain and a BEP-20 token on the Binance Smart Chain. These tokens integrate to provide a better security system for the network by guaranteeing that only authorized users can access the network and all data is adequately encrypted.

Floki tokens are also used in rewarding. It is used to reward users for participating in the Floki ecosystem. Users can generate FLOKI by creating memes, posting them on social media, or participating in Floki Inu’s governance activities, such as voting on proposals or staking coins on the network.

The foundation team behind Floki Inu is working on three flagship utility projects to give a new height to the mainstream adoption of blockchain technology and cryptocurrency.

The ongoing developments and projects in the Floki network are expected to impact Floki Inu price prediction significantly.

During Floki’s launch, Floki was worth $0.00000361, and the next day it saw an intraday high of $0.00000463 before it dropped to a low of $0.0000031. Floki Inu was initially released to the public platform Gate.io startup. In October 2021, the Floki Inu price surged with a high trading volume. The increased uptake pushed Floki to its all-time high price of $0.0003437 on 4 November 2021. This year, Floki opened at $0.000111. However, Floki broke the support four days later to a continuous bear run. Floki is down 90% from the year’s opening price. However, Floki has outperformed 99% of the top crypto assets, including Bitcoin and Ethereum. Floki Inu’s price increased by 280% last year, which is a good sign for our Floki Inu price prediction.

Floki Inu is currently trading near $0.000015 with a market cap of $137,942,267. Floki Inu had been in a bearish phase since March and moved into oversold territory several times. In the first two weeks of July, Floki gained momentum and broke out in an upward trajectory. According to our Floki Inu price prediction, it will see a significant upward move soon. The Bollinger band’s upper limit is $0.00004, which is a strong resistance level. If the resistance level breaks, we can see a continuous upward movement. Conversely, the Bollinger band’s lower limit is $0.000005. We can see a slight fall if the support level breaks. Our Floki Inu price prediction suggests that Floki is building strong momentum and it is on the way to recovery. RSI, MACD, and William Alligator also indicate a strong momentum for our Floki Inu price prediction.

According to Wallet Investor’s Floki Inu price prediction, FLOKI can be a bad, high-risk 1-year investment option if you are looking for virtual currencies with good returns. This is because your current investment may be devalued in the future.

Is Floki Inu A Good Option? When Should You Invest?

Floki Inu has an excellent road map in the future focused on creating utility for its users. The Floki Inu price is expected to continue to increase in the coming years as more and more people learn about and adopt cryptocurrency. It is to be noted there will undoubtedly be some volatility in the market along the way. Still, our Floki Inu price prediction says that the long-term trend seems clear as Floki Inu is a project with great potential, and its price will reflect that in the upcoming years. However, Floki Inu price prediction advises investing in the crypto market after researching the coin.