How to Stake Cardano (ADA) 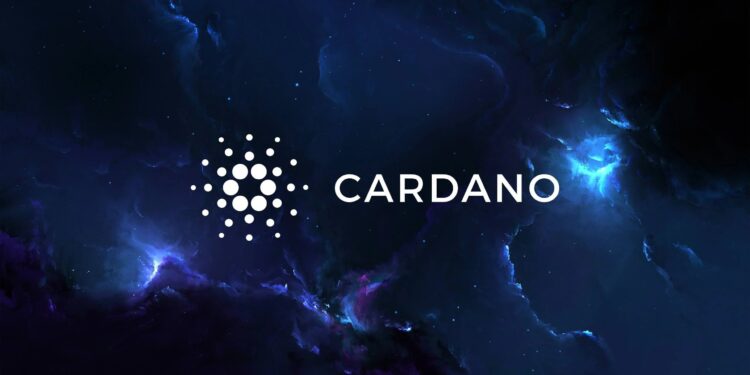 If you have always wondered how to stake Cardano, here is a detailed guide on how to do it. Cardano was designed and built as a third-generation proof-of-stake (PoS) blockchain. It was launched in 2017 and was powered by the revolutionary Ouroboros consensus mechanism. Cardano is renowned for its strong governance system, treasury system, and upgrade mechanism that does not involve hard forking the network. The network features a native token called ADA. Below is a guide on how to stake ADA.

Please also acknowledge the worldwide Best Non-GamStop casinos as a bonus for this article.

To understand how to stake Cardano (ADA), you need to understand how staking works. Staking entails depositing tokens for a set period to participate in the running of a given network. Once you stake tokens, you become a “validator.” The role of a validator is to propose and add new data to a blockchain network.

People are picked at random to add data to a blockchain. Those who are picked get a reward for doing that. To reduce spamming, proof-of-stake (PoS) blockchains are designed so that those who lock more coins have a higher chance of being picked.

Delegated staking is the process by which an individual hands over the process of staking to a stake pool operator. A staking pool entails people pooling their ADA together to increase the chances of being picked to validate the blockchain. As a result, they have a better chance of receiving staking rewards.

Users have freedom when it comes to which pool they want to join. ADA holders can stake and unstake tokens in as many pools as they want for as long as they want. However, ADA holders have to wait for an epoch to pass before they can relocate their crypto assets.

In Cardano, an epoch is a unit of time, which consists of 432,000 one-second intervals known as slots. As a result, each epoch usually lasts around five days. At the end of an epoch, a snapshot is created, which records the distribution of stake tokens to pool participants. It then uses this figure to calculate how rewards are distributed.

Consequently, when rewards enter a wallet, the ADA holder is actually receiving a reward for staking in a few epochs back. As such, it may take some time to see rewards once you start staking. At times, you can even get rewards long after you take tokens out of a pool via unstaking. When staking it is important to remember that you earn a percentage of the number of ADA you staked, not the dollar value of the coins. The reason for this is that the dollar value of ADA can vary over time while your tokens are staked.

How To Stake Cardano (ADA)

If you plan to stake ADA, you will have several options available to you. Here are the most popular options when it comes to staking Cardano (ADA).

When staking Cardano (ADA), using the Yoroi on Daedalus wallets is considered the gold standard. With this approach, you will be connecting your ADA directly to the Cardano blockchain.

The Cardano in-house engineering team called IOHK created both of the wallets. Daedalus wallet was created as a full-blockchain desktop app while Yoroi was designed as a lightweight app for everyday usage.

A major benefit of using a wallet is that you maintain the self-custody of your assets. However, depending on how you look at it, self-custody can be a con. The reason for this is that if you lose your 15-word seed (recovery) phrase, your crypto is gone forever.

For this step-by-step guide, we will use the lightweight Yoroi wallet.

Once you click on the download button, a drop-down menu with all supported browsers will appear. Pick the one that matches the browser you are using.

Rewards are sent around every three epochs, which is 15-20 days. That is it; the entire process of staking Cardano (ADA) is that easy.

Within the Delegation List tab, you will find staking pools as well as several terms, and acronyms. They include:

Instead of staking ADA on your own, you can opt to stake ADA via the centralized exchange (CEX) where you bought the ADA. Most large exchanges offer an option to stake ADA directly on the exchange. For this example, will use Binance:

You can now sit back and wait for the ADA rewards to start trickling in. These rewards will be sent to your Spot wallet. Binance allows users to withdraw their ADA during the locked period. However, it means they forfeit their rewards.

How Much Can You Make Staking Cardano?

According to a Cardano staking calculator, if you stake $1000 worth of Cardano at current prices for a year, you would earn around $49.95 at the end of that period or around 110.16098 ADA. However, various other factors come into play when you stake ADA. They include the staking pool fees, how many people are in a pool, and how many blocks a pool successfully proposes.

Are There Any Risks To Staking Cardano?

As with any investment, there is always a risk. One of the most obvious risks is that Cardano (ADA) could plummet to zero. As a result, any mount locked in the staking pool would become worthless overnight.

Another risk is the fluctuation in interest rates. Pools that are near their full capacity often offer lower interest rates than those with few participants. The reason for this is that large pools have more people amongst whom the rewards are shared.

Another risk with staking is that the delegated ADA cannot be used while it is in lock-up. Some centralized exchanges such as Binance usually come with a lock-up period. Those who do not wait for lock-up to end risk losing any rewards from staking.

Can You Lose Your Tokens When Staking Via Delegation?

Within Cardano, punishment to a node does not affect delegators. For instance, if a staking pool misbehaves, stakers will not lose their staked ADA. The ADA remains in the designated ADA wallet at all times. As a result, there is no official locking period when staking ADA. Stakers are allowed to withdraw and re-delegate at any time, provided they observe the epochs.

What Is Pool Saturation?

With the Cardano network, pool saturation is used to ensure the continued decentralization of the network. When a pool gets too big, returns are capped once they get beyond a set point. For instance, once a pool reaches 100% saturation, the rewards for newly validated blocks max out. As a result, the payable rewards for pool participants go down. It incentivizes delegators to spread out to different pools which ensures that no one pool gets too large and takes over control of the network power.

Now that you know how to stake Cardano (ADA), you can go ahead and do it. The process of staking is extremely safe, and you can remove your pools from a staking pool at any time. However, you are not going to grow rich staking Cardano, unless you stake hundreds of thousands or millions worth of Cardano. It is a great way to earn a passive income while helping to secure a promising blockchain network with numerous potential applications in various industries around the world.

Is Cardano Different From ADA?

Not really. ADA is the native token of the Cardano network. It is also used as a governance token to make changes on its network. Cardano is the proof-of-stake (PoS) blockchain network ADA is built on.

It depends on how much Cardano you stake and how long you keep them locked in staking. Also, it’s not the type of profit that can get you rich overnight.

What Other Exchange Can Cardano Be Staked?

Aside from Binance, there are multiple centralized exchanges (CEX) where you can stake your Cardano. For example, Kraken, Crypto.com, KuCoin, and CEX.IO.