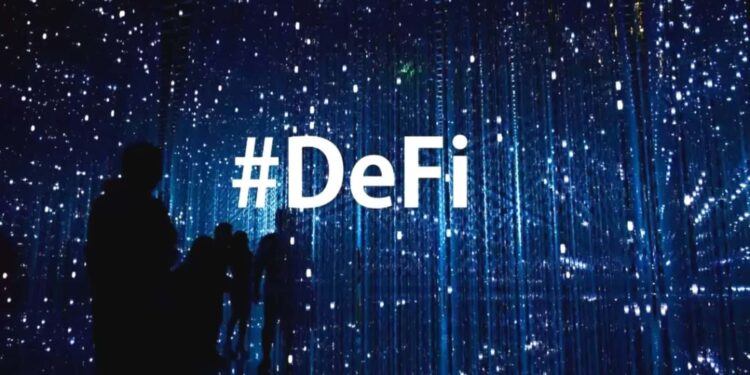 The growth and adoption of DeFi primitives underline the limitations of traditional finance, something we have been dealing with for more than 300 years now. However, compared to the magnanimous $400 trillion-plus worth of assets held by global financial institutions, today’s DeFi ecosystem remains relatively small.

So, what’s holding back the DeFi ecosystem? And why are developers unable to harness the maximum potential of DeFi?

For starters, today’s DeFi ecosystem is highly fragmented. Hundreds of layer-1 blockchains and the DeFi primitives built atop them usually work in closed silos. The lack of connectivity and interoperability between standalone blockchains has consequently fomented a liquidity crunch.

Next, most layer-1 blockchains have succumbed to the “blockchain trilemma” of scalability, security, and decentralization. According to developers, delivering all three core features is a challenging feat. For instance, developers are increasingly compromising security to meet scalability and decentralization requirements. Some are forfeiting decentralization to a degree to maintain security and scalability. Unfortunately, this has unlocked the floodgates to many potential avenues for exploitation, especially cyber crimes.

Meanwhile, the traditional financial market continues to expand, given the Web2 ecosystem is purposefully designed to offer unmatched scalability and functionality for end-users. Despite their centralized nature, existing solutions are constructed to meet consumers’ ever-changing needs without compromising the user experience.

And this is where the DeFi ecosystem falls short. The available infrastructure isn’t well-equipped to scale to support trillions of dollars and billions of users via full-fledged democratic models. DeFi, without a doubt, has the potential to disrupt traditional financial models. Yet, to achieve that vaunted goal, DeFi dApps and protocols require an advanced infrastructure that addresses the blockchain trilemma once and for all.

If the development cycle is easy enough, it unlocks new opportunities for dApp developers to experiment and build better decentralized financial products and services. For instance, the learning curve of Solidity (Ethereum and other EVM-compatible platform’s smart contract programming language) requires several years of hands-on experience before developers can even think of building a functional dApp or protocol.

Then there’s the lingering problem of safety. This is because the existing smart contract solutions forces dApp developers to implement the core tenets of assets and asset authorization without a tangible safety net. Even after implementing multiple security layers, frequent DeFi hacks, bridge exploits, and other similar issues have become common, resulting in billions of dollars of unrecoverable losses.

Reusability and composability have also emerged as two other core areas where the DeFi ecosystem must improve its focus. Due to their inherent nature, blockchains operate in standalone environments, leading to a scenario where one dApp can’t leverage the features of another. What developers need is an ecosystem that allows them to build dApps as intuitively as they imagine and not according to the limitations of the underlying smart contract platform.

A Promising Solution For New-Age DeFi

As the DeFi ecosystem continues to grow and DeFi 2.0 sits just around the corner, the developmental challenges are only becoming increasingly difficult to navigate. If you look closer, you’ll realize that the root cause of the aforementioned problems is something missing on the platform level: assets.

Despite most DeFi dApps and protocols being built around assets, existing layer-1 smart contract solutions – be it Ethereum, Solana, Polkadot, Cosmos, or Avalanche, among others – lack any in-built concept of assets that developers can natively employ. To solve this problem, Radix launched the first (and only) decentralized layer-1 solution that gives developers a novel approach to leverage smart contract functionality in an asset-oriented form via its Radix Engine v2 and native smart contract language Scrypto.

In contrast to existing solutions, Radix takes a different approach wherein assets are designed to be the global feature of the platform itself, meaning there isn’t any need to implement multiple tokens at the smart contract level.  While Radix Engine v1 already offers a highly intuitive and easy-to-implement model for simple dApps and protocols, Radix Engine v2 features an asset-oriented approach while also introducing powerful and complex smart contracts logic (code) written in Scrypto.