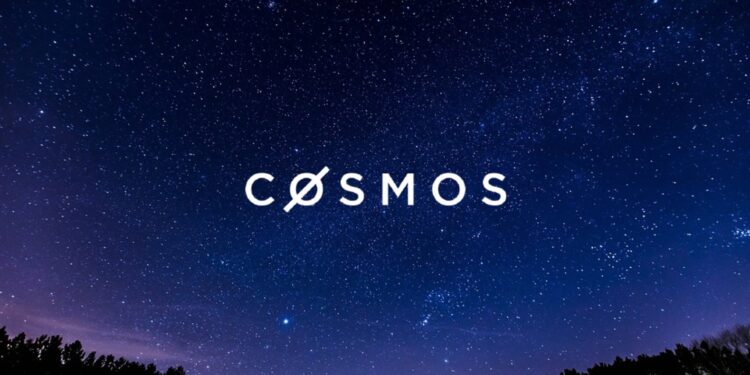 Through its one-of-a-kind strategy for the market, the blockchain network Cosmos (ATOM) aims to turn the marketplace into a community rather than a battleground for competitors. Contrary to other efforts in the sector, Cosmos is not concerned about competitiveness, crowning, or acknowledgment. Instead, Cosmos aspires to promote the whole blockchain economy through a variety of distinct mechanisms that interconnect the market. So what is Cosmos? In this Cosmos Review, we will examine the project, its technologies, and its growth strategy in detail. We will also assess the ATOM coin’s use cases and acceptance prospects.

Cosmos claims to be the most adaptable, expandable, robust, and compatible blockchain infrastructure. It is a decentralized system of autonomous blockchains driven by Tendermint as well as other Byzantine Fault Tolerant protocols. Byzantine Fault Tolerance makes it possible for a network to find consensus in an ecosystem that may include rogue nodes.

There are three primary components of the Cosmos Network:

When taken as a whole, the Tendermint Core is responsible for providing consensus on the Cosmos Hub. On the other hand, zone blockchains are responsible for their own consensus and do not require the use of Tendermint. The Cosmos SDK allows programmers to establish a blockchain and dApps while focusing solely on the application layer. With the introduction of ABCI, the application state is controlled in a parallel consensus process, enabling Cosmos to accommodate a broad range of programming languages and cryptocurrencies.

Regardless of the consensus mechanism, blockchains attached to the Cosmos Hub will be capable of communicating with one another utilizing the IBC Protocol. This will enable the distribution of assets amongst blockchains while keeping their fundamental properties.

IBC performs effectively with blockchains that have a greater level of permanency, such as Proof-of-Stake (PoS) blockchain systems, but can also be modified to operate with Proof-of-Work (PoW) blockchain systems by utilizing peg zones. This is exemplified by Ethermint, which is essentially a Tendermint-based Ethereum with its PoW capabilities stripped away and operating on a PoS consensus.

Introduction Of The Tendermint Algorithm

Tendermint is a pioneering PoS consensus method developed with the Practical Byzantine Fault-Tolerant (PBFT) mechanism, which Castro and Liskov first introduced in 1999 after 30 years of research. In a multi-round voting procedure, this BFT-based PoS protocol grants validators the opportunity to suggest new blocks in a pseudo-random manner.

To finalize and commit these blocks, however, a huge proportion of validators must approve the proposed block. This constitutes two-thirds of the majority for Cosmos. Obtaining consensus in this manner may require multiple rounds to complete blocks. A BFT system can only withstand up to one-third of malicious or random failures.

The Proof-of-Stake consensus used by Cosmos is known as delegated PoS. This organizes the stakeholders into validator and delegate groups. The delegators are in charge of selecting the validators who will take part in the consensus process, and the validators are the ones who are responsible for verifying transactions and adding new blocks to the blockchain.

Currently, validators and delegators are rewarded with ATOM tokens. However, the Cosmos Network is designed in such a manner that a wrapped version of any cryptocurrency may conceivably be used as an incentive currency. In this method, malicious nodes are eliminated from the chain and stripped of their tokens if discovered.

How Cosmos Stands Out From The Competition?

Cosmos is attempting to overcome blockchain technology’s sustainability and accessibility issues. Scaling has been the most significant challenge faced by the biggest blockchain systems on the planet over the course of the last few years, and none of them have been able to successfully implement a mechanism that enables them to achieve anywhere near the standard they will require to support widespread rate of adoption.

When considering accessibility, both developers and consumers are constrained. When designing blockchain solutions, developers lack freedom, and consumers have been hampered by the absence of widely available applications. Cosmos says it can resolve this issue by employing the Go programming language and a multi-layered architecture.

The Team Behind Cosmos

The Cosmos project is supported by a large number of corporations, individuals, and institutions. The concept for Cosmos was conceived by Jae Kwon and Ethen Buchman, but the Interchain Foundation (ICF), a Swiss non-profit organization, provides the project with the majority of its funding.

ICF has hired All in Bits Inc. (dba Tendermint Inc.) to create the Cosmos Network and its entire ecosystem. As you will see later, this environment is highly diverse. Considering that Jae and Ethan are the creators of Tendermint, the relationship is clarified significantly. With over 30 individuals, the Tendermint team is really quite substantial.

ICF has provided funding to the IRIS Foundation for the development of the Cosmos Hub IRISnet, which is intended to assist the creation of distributed enterprise applications. It can be challenging to differentiate between the various groups and how they influence the development of Cosmos due to their close collaboration.

Community outreach is another area in which the team is highly engaged. They maintain an active official website in which they discuss any significant growth updates. In addition, they maintain a Twitter account and Telegram Channel. We delved into their 10,000-member Telegram group, where the dialogue was pretty positive and featured more tech-oriented people.

Main Attributes Of The Cosmos Ecosystem

Cosmos has experienced no difficulty in drawing partners to its ecosystem. Numerous projects are now evolving on top of the Cosmos platform and as part of its community. Here’s a short selection of them:

Other initiatives attempt to tokenize the music industry (Playlist), create a fully autonomous peer-to-peer (P2P) system (Sentinel Network), create a decentralized autonomous content economy (Lino), develop a social network to assess whether the information is true or not (TruStory), and launch a stablecoin geared for general adoption (Terra).

In April 2017, the Cosmos team performed an ICO and raised $17.3 million in 28 minutes by selling 168 million tokens at $0.098 each. The team also retained 50 million tokens for strategic partnership and company growth funding.

However, genuine ATOM coins were not issued until after the main net was live, making it a relatively unique cryptocurrency. Prior to their introduction, certain exchanges traded IOU tokens for ATOM, but the actual token went online on March 14, 2019. Two days later, it achieved an all-time high of $8.31 but then swiftly declined. On April 22, 2019, when investors learned that the cryptocurrency had been published on the Binance Exchange, the price increased to about $7.

The price fell once more, but trade volume has continued to rise gradually. On April 15, 2021, the broad crypto rally drove ATOM to a new all-time high of $28.49. However, as of July 7, 2022, the price has fallen back to $8.85. There is no limit on the quantity of ATOM that will be issued, as the team intends to increase the number annually using an inflationary mechanism.

Despite the minimal upgrades over the past few years since the launch of the mainnet, the ATOM token remains the twenty-fifth largest token by market capitalization, demonstrating the community’s confidence in the project. The transfer to IBC represents the next step of development for Cosmos. With the completion of the mainnet launch and the completion of the whitepaper concept, the project can now utilize IBC features to create further chain value. Cosmos’ GitHub.

It is evident that both the Tendermint and Cosmos teams take their endeavors very seriously. While some referred to the project as “vaporware” as late as 2022 due to the absence of listed functionality in the whitepaper, probably hundreds of associate ventures have begun leveraging the Cosmos Network.

As of now, the project appears to have been on track to accomplish this, and if the community’s enthusiasm is any indication, this might be a venture to closely monitor in the upcoming years.

How Do You Get Cosmos Coin ATOM?

Visit fundraiser.cosmos.network to view your suggested ATOM balance if you took part in the event in April 2017. If not, ATOM has a long history of exchange listings.

What Is The Interchain Foundation?

A non-profit organization based in Switzerland, The Interchain Foundation’s mission is to investigate, create, and advance open, decentralized network technologies like Cosmos SDK. Grant applications are now being accepted; learn more here.

What Is The Cosmos SDK?

With the help of the Cosmos SDK, developers can quickly create blockchains suited to certain applications. The “What is Cosmos” website contain more information about the Cosmos SDK.

The Most Anticipated Metaverse Summit, is Coming in Hot this Summer in Paris