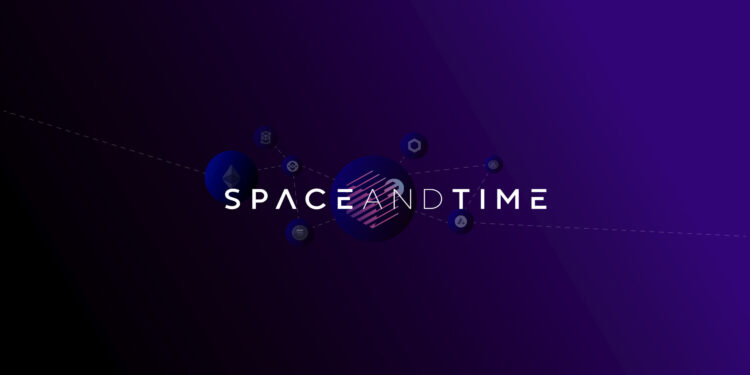 In a substantial funding round that was led by M12, the investment division of the startup’s new partner Microsoft, the Web3 data warehousing platform Space and Time was able to raise $20 million. According to an announcement made on Tuesday, other investors who participated in the round include Framework Ventures, Polygon, Coin DCX, Hash Capital, MarketAcross, Fellows Fund, and Mysten Labs.

The latest round of funding follows closely on the heels of a seed round of $10 million that was announced in July of this year. According to Nate Holiday, CEO and co-founder of Space and Time, the company first started collaborating with Microsoft and M12 during the seed funding stage.

According to Holiday: “I think interest really grew on both sides and we saw that we can move faster together than us continuing to move without having their support. And so, in the summertime, it just became really exciting to really accelerate this and to put this together. Companies that are building API layers and data aggregation layers, we invite them to come and use a decentralized data warehouse as your foundational data processing system.”

The Fundamentals of the Web3 Data Warehouse

A professional of the data industry named Nate Holiday, an alumnus of the company Teradata named Scott Dykstra, and a former assistant professor of mathematics at Dordt University named Jay White co-founded the company Space and Time, which is a decentralized Web3 data warehouse. The platform intends to merge on-chain data with data stored off-chain in a single trustless environment.

This will allow businesses to perform analytics on an aggregated level and conduct transactions quickly. According to Holiday in an interview, Space and Time is able to accomplish this by indexing major blockchains in order to establish a relational database. A relational database is a form of database that makes it simple for corporations and Web3 organizations to connect with the database and acquire insights from the database.

It is the company’s own technology known as Proof of SQL, which expands on the widely used database programming language SQL, that contributes significantly to the attraction of Space and Time. According to Holiday, the technology gives companies the ability to perform a SQL query on the data stored in the blockchain while also providing verification that the query and the data have not been altered.

At this point, Space and Time is focusing its attention on Web3 games and DeFi protocols. The platform has already indexed the most important EVM chains, such as Polygon, Avalanche, and Ethereum. In addition, the team is working diligently on indexing Solana at this very moment. The ability of these protocols to support games in the future was a primary factor in their selection as viable options.

At the moment, the primary focus of Space and Time is on the implementation of the data services and the database as well as on ensuring that users will have a positive experience when utilizing Space and Time, particularly in the context of Web3 games and Web3 DeFi protocols. One of the most important use cases for Space and Time revolves around the concept of decentralized applications (dApps).

The platform believes that the idea of dApps will seek to consolidate their transactional and analytical data into a single data warehouse. This is a problem that frequently arises in blockchain games, as these games typically contain a database that not only tracks online transactions but also has a database for game events. Nate Holiday went on to say that the corporations that make video games aim to get the two as close together as they possibly can.

As a result, they can discover which in-game events lead to online financial transactions. The ideas that underpin Space and Time have been under development for more than a year at this point. The company intends to begin operations with an alpha launch by the end of this year, followed by the launch of Proof of SQL in the spring. The launch of the complete production is scheduled for September 2023.

Space and Time’s long-term objective is not limited to Web3 native firms. Space and Time also aims to attract Web2 companies that are interested in gaining an understanding of how their customers are interacting with blockchain technology or experimenting with so-called “trustless” ecosystems. Space and Time is introducing conventional business technologies to enterprise firms so that they can connect with the blockchain. Currently, SQL is the backbone of the corporate world.

According to the announcement that was provided on Tuesday, Space and Time will also be linking with Microsoft Azure in order to enable users of Microsoft Azure with an on-ramp to access, manage, and carry out analytics on blockchain data. The new financing will be used for customer adoption and engineering, and the founder of the firm decided to raise it so soon after the most recent seed round because he believes it is crucial to be among the first to market.

Space and Time envisions a future in which users of Microsoft database services will be able to connect with blockchain data more readily via a bridge created by the platform. The platform has an exceptional opportunity to expedite this uptake and delivery in the present market environment. Space and Time desired to inject energy into the engineering and the increased feature functionality, and so it established a unique opportunity to do so.