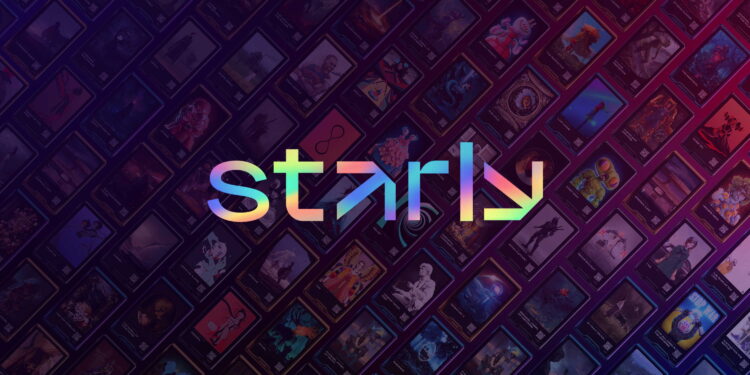 On 1st June this year, one of the principal marketplaces of non-fungible tokens on Flow, Starly, introduced the earliest NFT staking on the blockchain of Flow. The recent decline witnessed in the NFT market has indicated the requirement for significant use cases for NFTs in the non-gaming sector. Incorporating use cases for NFTs counts to be a further move in the systematic transformation, with fascinating advantages for the holders of NFTs.

Starly, after starting its operations on 22nd September of the previous year, has constructed its prestige in the ecosystem of Flow as a marketplace for digital collectibles (or non-fungible tokens) with great artistic worth and that of a venue all set to execute the most exclusive characteristics.

In recent times, the venue declared its strategy to offer a definitive collect-to-earn experience to manufacture non-fungible tokens along with the P2E (play-to-earn) equivalents. At the moment, within the entire industry, the chief objective for the purchase of NFTs denotes the hope that the price would escalate. Starly’s CEO, Ilja Terebin, stated that as soon as the market downtrend begins, the sales of NFTs as well as their value would touch a dead end. The CEO added that they have been giving great significance to minimizing their reliance on the downtrends of the market.

Offering A Robust Utility for NFTs and the Token

In recent months, a few mechanics have been developed by Starly to enable the consumers to yield while gathering non-fungible tokens, irrespective of market variability, in parallel to the provision of solid use cases of STARLY tokens. The target of the developers is to elevate the value of NFTs and permit the collectors to be advantaged from holdings on Starly platform, providing them diverse utility options like earning profit by NFT trading on some secondary marketplace, keeping for artistic value, increasing the collector score as well as obtaining collector benefits, or making passive income through staking the NFT inventories thereof.

With this latest update, customers can currently yield STARLY tokens. Every NFT present on Starly takes into account a collector score and it is dependent on the serial number as well as the rarity class of the NFT. Collector scores have a correspondence with the NFT-staking prizes that a consumer can claim in the form of STARLY tokens. The regular prize claim is limited to 1 over one hundred of the entire STARLY tokens staked by the customer. For instance, 1,000 tokens are required to be staked to claim 10 tokens. An NFT is drained after being continuously staked for 365 days.

Pack Battle as well as the Other NFT Games

The NFT cards of Starly initiated their passages with the sales of wrapped mystery packs, while with the unfolding of an exclusive pack an NFT card would be minted. Collectors are unaware of the serials as well as the positions of the cards that would be given to them, and the entirety of the completed packages are rewarded with precious as well as additionally prized Plus cards.

Beginning with the upcoming drop, a unique Pack Battle game is to be launched. Each collector who will buy the pack will take part in the respective fight for ten thousand STARLY tokens. The highest sum earning collector in 1 opened pack will be given the whole prize.