Which Blockchain is the Best for Developers in 2023? (Solana vs Ethereum vs Cardano) 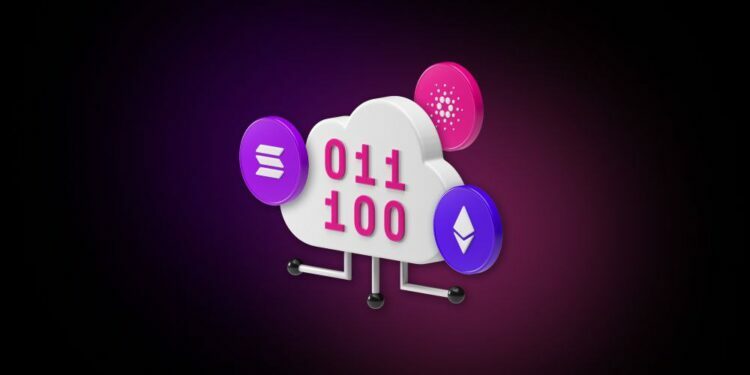 One of the first steps for building any Web3 project is to choose a blockchain you’re going to work with. This stage is essential since this choice would greatly impact your future product. In this article, we’re going to compare the three most popular blockchains from a developer’s point of view: Solana, Ethereum, Cardano.

Solana is the most popular Ethereum alternative for running smart contracts and decentralized applications, which stands out for its incredibly low transaction costs, huge bandwidth, and high scalability. It is worth noting that the first DeFi bond market on Solana, SuperStable, had its smart contract audited for security by ULAM LABS.

Ease of development and deployment

To create smart contracts and dApps on Solana, you’d have to utilize Rust, one of the world’s most often used programming languages.

In addition, it is also worth noting that the project team has developed a protocol called LLVM (Low-Level Virtual Machine) for compiling smart contracts and applications written in other languages for WASM:

Using LLVM, you can easily and quickly migrate your smart contracts and applications from WASM networks (Dfinity, EOS, Polkadot, and Eth2) to the Solana environment.

No problems with the mempool

A mempool is a kind of “waiting zone” where all initiated but not yet confirmed transactions are waiting for their confirmation. Solana outperforms other networks (including Ethereum, Bitcoin, BSC, Avalanche, and Tron) in a way that it doesn’t have such a zone.

In Solana, operations are processed so quickly (400 ms) that they simply do not have time to cause any queue. Whereas in Ethereum and Bitcoin, such queues are considered to be the norm. Because of these queues, users must compete with each other to confirm their transactions and ultimately increase their costs.

Solana solved the resource consumption problem with a Turbine protocol, which acts like a torrent network. It breaks each block into many small pieces, after which each node downloads one of the pieces and distributes it to other participants.

Ethereum contracts can be developed as small modules that can be combined to provide the desired functionality. It is convenient to make changes to a module rather than to the entire protocol, so the modular structure keeps the development faster and more robust.

The Ethereum Virtual Machine is built to handle the runtime environment for compiling and implementing smart contracts based on Ethereum. This type of engine is run on Solidity, the language of smart contracts for Ethereum.

Ethereum virtual machines run in an environment known as a sandbox. Therefore, you can test smart contracts and see if they work for your specific case. If you are satisfied with the performance, you can implement your code on the main Ethereum network.

The Ethereum ecosystem is the most developed one in the industry. Thus there is the highest number of developers and resources here. All this makes development smooth and streamlined. For any question you might have, there will be an answer out there.

Cardano is a next-generation blockchain platform for smart contracts and dApps that claims to be a faster and more scalable counterpart to Ethereum.

One of the biggest advantages of using Cardano to develop your web3 applications is that the blockchain is divided into two related but entirely independent layers:

This separation allows significant changes to be made to the blockchain without unnecessary forks. In addition, this also means that errors and failures in the operation of dApps or smart contracts will not affect the processing of transactions in any way and vice versa.

According to the Cardano team, the main advantage of their project is the Ouroboros consensus algorithm. This is a proven safe variation of Proof-of-stake, where transactions are not verified by every node (as in Proof-of-work) but by a selected group of network participants — slot leaders.

Thanks to the Ouroboros consensus mechanism and sidechain technology, Cardano has the potential to process a trillion transactions per second.

With this scaling potential, Cardano can become the basis for developing applications and websites of any level, from small web3 blogs to blockchain-based versions of Amazon or Alibaba.

This is a property of the Cardano network, which implies the possibility of several heterogeneous shards and blockchains working together. Thanks to it, you can create smart contracts and applications that are very closely related to each other but at the same time remain independent.

If you choose to work on a public blockchain, you will spare yourself a huge amount of expensive blockchain development and maintenance work. Which means that you can focus only on business logic and processes of your business.

If you decide to develop your own blockchain or fork an existing one, you should be well aware that it is expensive and quite difficult. The fork in the future will have to be maintained, bug fixes applied, related software forks, and their code updated as well.

All three described blockchains are extremely specific and have many internal nuances. We recommend that you carefully consider how your project will use the blockchain. Consulting professionals can help you make the best decision for your project https://www.ulam.io/software-services/crypto-software-development . Blockchain software development is challenging but much easier and safe with dedicated blockchain company.