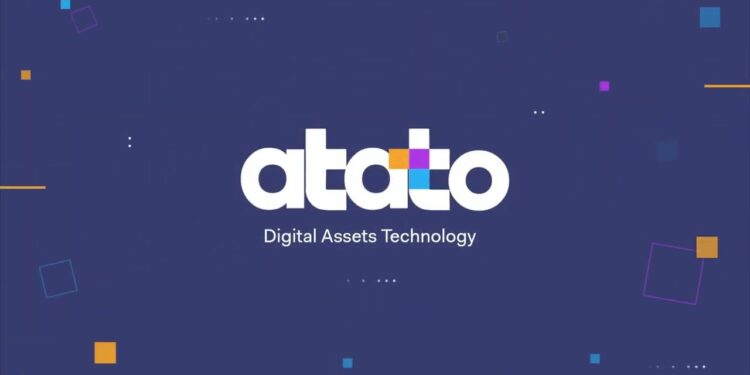 A certified custodian of digital assets providing MPC custodial facilities to the organizations and corporates, Atato, declared the accomplishment of their effective Series-A funding round today, indicating a bullish attitude toward the infrastructure projects operating within the markets related to blockchain.

The Series A funding round of Atato – which was led by FEBE Ventures and AlphaLab Capital  – took into account prominent investors like January Capital, NGC Ventures, SOSV seed investor of Atato, Babel Finance, and Tom Trowbridge. The CEO and founder of Atato, Guillaume Le Saint, stated that they have grown investor confidence during the present market situation and it is a strong representation of the long-term vision and roadmap of Atato.

The MPC organizational level custodial product of Atato offers a considerably economic solution to the companies and organizations along with regulatory compliance and security of an enterprise level to support digital assets and have an interaction with the DeFi and Web3. In the words of the CEO, their product offerings are categorized as effective in the case of providing an underserved market proportion that pursues the exploration of decentralized finance through utilizing the special custodial offering.

The completely regulated custodial services of Atato do not just enable the entities to effectively organize the digital assets in their possession by linking the enterprise-level security as well as MPC technology along with customizable transaction policies and roles. This minimizes the conventional hazard of the addresses as well as the management of private seed keys simultaneous to dealing with the hazards of human misconduct or failure.

The Chief Operating Officer of AlphaLab Capital, Michal Krasnodebski, stated that they are enamored by the user interface (UI) that is friendly to customers and the onboarding process, both of which give customers the ability to access API, which is a feature that is considered to be unique among those that are offered on the market. According to him, evolution will take place so that the organizational consumers who are interested in taking part in new projects and chains can benefit from the changes that will be made.

Atato Keeps up a Bullish Attitude with MPC Custodial Solution

The regulatory benefit as well as the exclusive service offerings of Atato for an MPC custodial offering counts as a chief advancement for carrying out and securing the transfers of the digital assets. Since a majority of the corporates are moving toward having an expansion in their services within the crypto space – but are reluctant because of lacking sufficient infrastructure – the well-timed initiative of Atato truly meets the market requirement and brings convenience to the security and management of the digital assets held by them.

Being the initial custodian around the globe that provides such services, the strategic investors of Atato are in advance engaged with the development pilots by asking their customers to get their projects integrated with Atato. The economic model of Atato also advances it with zero charges based on the wallets’ numbering, rather than the normal Asset Under Management (AUM) and fees over transfer percentage.