BTIG strategists noted that cryptocurrency has come of age, and bitcoin could roll to $50,000 by the end of 2021.

BTIG analysts are very confident with the performance of bitcoin, thus set the price target for the coin. Analysts cited institutional support, the pandemic and its upward trajectory as sources of support for the move earlier last month.

Bitcoin increased to $19,850.11 on Monday afternoon, as reported by CoinDesk. By evening the same day, its value dropped to about $19,223. Later, its downtrend continued to about $17,000 by Friday; then, it bounced back again.

In 2017, the price of bitcoin almost hit $20,000, but later dropped spectacularly. It further started losing a quarter of its value during a single day before falling well below the $4,000 in the last quarter of 2018. However, that still represented a considerable increase in value from prices measured in the hundreds of dollars in 2016 and just cents in 2008.

Demand for bitcoin has increased since last month. Its advocates were citing increased institutional investors interest for the digital asset, which was only invented in late 2008 by an unknown developer.

Bitcoin generally achieved more than 170% this year. There has been an increase in demand for riskier assets amid unprecedented fiscal and monetary stimulus, hunger for purchases regarded as resistant inflation, and expectations that cryptocurrencies are gaining recognition.

A couple of giants have joined the crypto world, increasing its popularity. PayPal and Square now offer customers options to buy and sell bitcoin. Square said it had $50 million worth of the crypto soon after the introduction of cryptos. Additionally, concerns over novel coronavirus stimulus plans from Congress and the Federal Reserve have sparked inflation fears. This panic, too, supported bitcoin and its cryptocurrency peers.

Bitcoin’s 12-year history has seen steep gains and equally crazy drops. Compared to traditional assets, its market is highly opaque. It is not easily predictable, but the future seems bright because of current trends.

Analysts say the bitcoin market has evolved since 2017, boasting a functioning derivatives market and custody services by major financial companies.

The shifts have made it simpler for professional investors from hedge funds to family offices to seek crypto exposure. As a result, markets are now more liquid and less volatile. 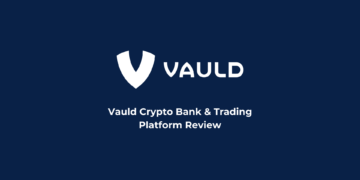